The choice of a name for the horse is important and difficult. Especially hard to pick names for the sports and breeds. There are several rules and guidelines that you should pay attention, thinking over how to name the horse. 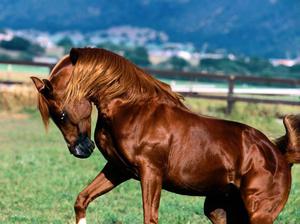 First and foremost it should be notedthat there are several key points that you should pay special attention. The choice depends on:

These two criteria are very important. This is because horses that belong to some tribal branch or participating in competitions there is a special selection of nicknames. If the horse contains just as a hobby or to help in the household, then the name should be based on other factors. These factors are:

To call home a rustic horse?

If you buy an adult horse, then he is already likely to be a nickname. But sold little horse, you will have to think about the name. If we are talking about the Mare and horse, which are designed to homemaking, the nickname is at the discretion of the owner. Restrictions in this case, no. Often chosen some simple and heartfelt names. They can display both the breed characteristics and any traits of the characters.

The most common names include, are:

How to name a breeding horse? 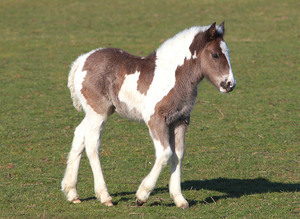 Names for mares and horses, which relate to breeding, must be selected in accordance with defined criteria.

If to speak about sport horses, it should be noted that their names should give information about the stable or the club to which they belong.

Some farmers call their horses in honor of some famous mares. For example, many who called his horse Absinthe in honor of Olympic champion. Or very often horses are called Ashes, in honor of the world champion. Such nicknames can be many, it all depends on imagination of the owner.

Is there a classification of the names of the horses?

It is noteworthy, that there is a whole science on the selection of names for mares and horses. It is called zoonomia. There is a certain classification for which you can choose a nickname for your pet.

What are the names of horses given in Europe? 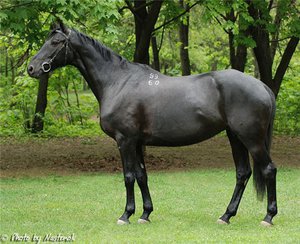 First and foremost it should be noted that Europe is very often the name of the foal give based on the first letters of the names of the father. Despite the fact that this tradition applies to many breeds, it is not mandatory. However, the breeders still adhere to this unspoken rule.

Should pay attention to the following exceptions to the above rule, as trakenenskaya and the Dutch half-breed. So, tractinsky stallions called by the first letter from his mother. It is noteworthy, that this rule works in all countries.

If to speak about the Dutch breed, the name of the foal is selected by his year of birth. On the same principle called the horses and the tribal Union of Holstein. That is, the first letter of the name determines the year of birth.

Speaking about the Hanoverian breed, it should be stated that the names of stallions very often derived from nicknames of the founders of the entire lineage.

You should pay attention to the fact that the choice of nicknames for the Oldenburg breed there is some separation. So, there are names that are designed for sport, and there is for breeding. If a small horse is suggested to be the sporting animals, the nickname will be selected on the basis of the first letters of the name of his mother. If the Mare is intended to further the divorce, then the nickname is selected by the first letter of the name of the father.

It is noteworthy, that the names of horses that belong to the Dutch breed needs to be at least 21 characters. In addition, it is obligatory to register the nickname in tribal Union. This should be done before March 1, a year after the birth of the animal. The procedure is: the owner must record on the form about six prospective names for your horse, and then send this form to the Association of Dutch horse breed. Further, experts will choose one name and make it into an official register.

Sometimes a horse’s name can be added to the factory console. For example, for Russian trotters officially registered the prefix Lok, which stands for Lokotskogo stud. For such breeds like the Akhal-Teke added the prefix Shah. She says that these horses was grown on the farm Shah-Teke. In Europe, the most famous is the prefix Glosk. 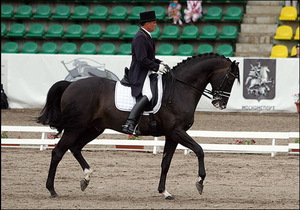 You should pay attention to the fact that in England and Ireland there is no specific attachment of the young stallions nicknames for nicknames of their parents. Often selects some sort of witty or associative name. It often happens that each of them has a special long and interesting history of occurrence.

As a result, it should be noted that the choice of a name for a young stallion or filly — is a very serious matter. First and foremost, before giving it the nickname of the animal, it should be good to watch him. Of course, if we are talking about pedigree breeds, in this case, you should adhere to all instructions and rules. In addition, be sure to register the name of your horse. And if you have a horse as a hobby, or a faithful assistant in economic matters, the choice of name is purely up to you and depends on your imagination.