Arabian horse is rightfully ranked as one of the oldest breeds. Nowadays they are leaders in popularity among horses of Eastern origin. 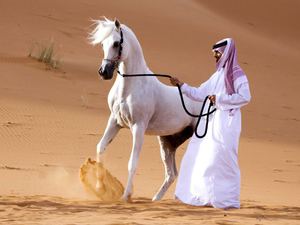 Arabian horse was bred sandy Bedouins on the border of the fourth century in the area of the Arabian Peninsula. Are really shining hot sun. Such a feature horses as the endurance, was valued in the first place. 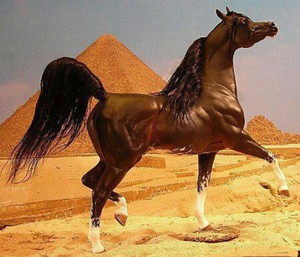 Although it is generally accepted that this horse belongs to the peoples of the Eastern world, historians are still not certain it is unable to establish its true origin. During excavations in the Arabian Peninsula was found a large number of images of horses of this breed. The drawings were more than 3000 years.

It is believed that these horses were domesticated by nomadic peoples. By breeding and life among the deserts animals acquired great endurance.

Arabian horse finally formed only to the seventh century of our era.

Breeders of that time tried to breed horses that would be increased endurance, agility and relatively small size.

To this day in some Arab countries under the threat of death sit to take out the horses of this breed, and breed thoroughbred horses with other breeds.

In Europe learned about Arabian horses during the Crusades. In Russia, a horse of this breed was in the eighteenth century. 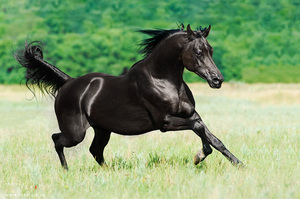 Until the middle of last century, horses were the most important in Russia and was used to improve the gene pool of the domestic horse breeding and selection.

In the classification of the breed includes several families: kadishi, Ateshi, kahlani. Already more than 2 thousand years the people bred breed kohlani, it is superior to other family characteristics.

The exterior characteristics of modern Arabian horses can be divided into 4 types: 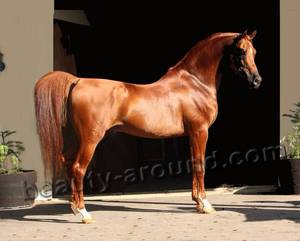 Unfortunately, today there is a tendency that thoroughbreds are extremely rare. Because of the selection and mixing are left in the world nemalochislenny the number of purebred representatives of their kind.

The price of purebred animals is much higher than mongrels, but purebred they are inferior not only in price but also in features. 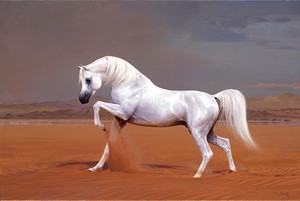 The tail is set high when the horse is in motion, she always picks it up.

This breed has its own unique profile where you can see the slightly concave nose. Horses have big beautiful eyes, which are sometimes merge with the black color of the head. 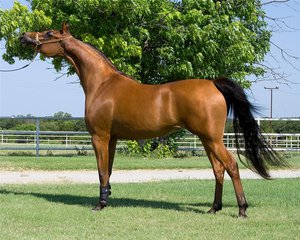 The most ancient of the horses are English and Arabian horses. The Anglo-Arabian was bred by plant breeders in Britain. They wanted to create a breed with good characteristics. The horse was strong, tough, beautiful and graceful.

This breed has absorbed all the positive characteristics of the English and Arab breeds, by crossing Arab and English horses. From the Arabian breed, she took the vitality and simplicity, and with the British — large size, quick speed and high intelligence. 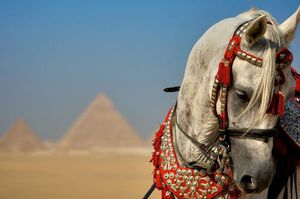 Thanks to this fusion of qualities, this horse is able to participate in any type of horse racing. In our time, the Anglo-Arab breed of horses has gained recognition not only in Britain but also in other countries of the world.

During breeding breeders have noticed that the strongest and largest representatives of this breed obtained by crossing horses of the British mares with Arabian stallions. 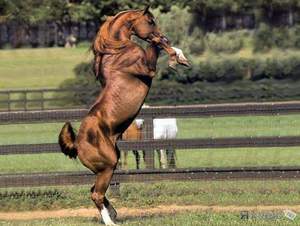 The horse is tall, at the withers he is 160-170 cm. Sometimes there are the representatives, substantially in excess of these figures.

The horse has a long elongated head, large eyes, deep-set ears. Along with a long neck has pronounced withers.

The body is not very large, but muscular, performs a broad chest. Croup is elongated, powerful legs with large hooves. 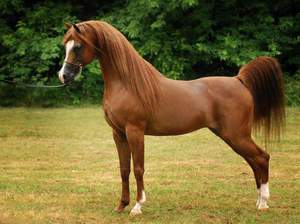 The Arab horse has a delicate skin, thanks to the anatomical features of the improved heat transfer that allows the animal easy to carry scorching sun.

Representatives of this breed are in good health. Near humans they can live up to 30 years. While mares are able to produce offspring until death.

The Anglo-Arab breed well showed itself in the fighting on French territory. She impressed the French people, from that time in France so far have been breeding Anglo-Arabian breed of horses.

The nature and health of the Arabian horse 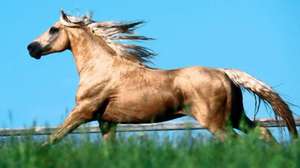 These noble animals have a high intelligence. They have good learning abilities. It should be noted that horses do not have a good memory: if you hurt her once, she’ll remember it for life.

Thoroughbred horse you’ll be faithful to his rider. But if you want to teach riding, you should think twice, because this breed is not suitable for inexperienced children. 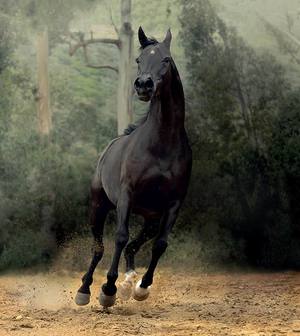 Purebred Arabian horse will only listen to his master if he has a strong character. But despite this, the majority of horses, as a rule, is determined to be people friendly.

Representatives of this breed have a high intelligence, capable of independent and deliberate actions. But the animal is extremely not stand when he is forced to do anything.

Especially if the use of force: the Arab horse can resist and refuse to comply. 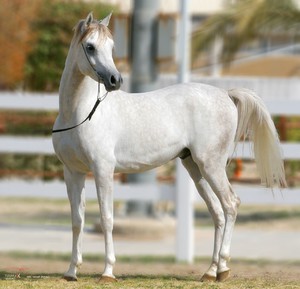 The price of this breed depends, first and foremost, from its pedigree. The cost per horse is over $ 1 million. Of course, much depends on the horse, and from his parents. The initial price usually ranges from 4 thousand dollars.

The biggest price that people have paid for an Arab horse is $ 11 million.

In America at auction in 1955 he was sold to stud for the min Poet. He became the champion of the race “Song”. Paid for it one million dollars.

Another representative of the breed, a stallion named Menes, who became the champion of the race in 1977. After this event it was leased for fifteen years. People paid for rental of the horse $ 1.5 million. The new owners appreciated the opportunities the horse and decided to buy it from the owners of 2.4 million. 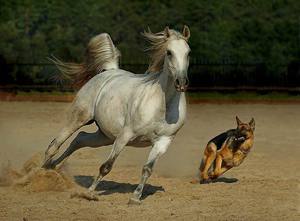 Choosing the Arabian horse, the buyer must pay attention to:

But even when buying a mongrel to be disappointed not to have, as the results that they show in competitions, is very good. One of the advantages of mongrels is that they are adapted to the cold European and Russian climate. The price of mongrels is two thousand euros.