Remember nests of thrushes which I showed you last time? All the eggs in them will hatch, and rosy Chicks with a rare fuzz becomes bluish-grey, the wings are visible prokleivayutsya future the beginnings of feathers. The Chicks are in the nest tightly pressed to each other so as not to lose heat, and only gently swaying in the breath, sleeping. But some that have hatched early, or just develop faster, each noise high up the head with an open yellow beak to get brought by the mom or dad feed. Soon the Chicks would compete for the attention of parents, otherwise you can stay hungry. And adult blackbirds longer value the lives of fledged Chicks than just recently laid eggs. Look how fluffed and aggressively attacking me their mother when approaching the nest. I have even been subjected to targeted attack faeces.

Looks just like the beaks protrude to the outside. 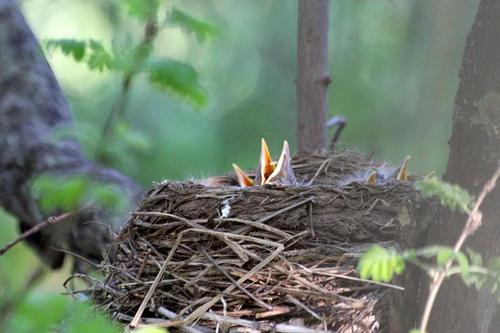 The Chicks are close to each other, closed his eyes and sleep… 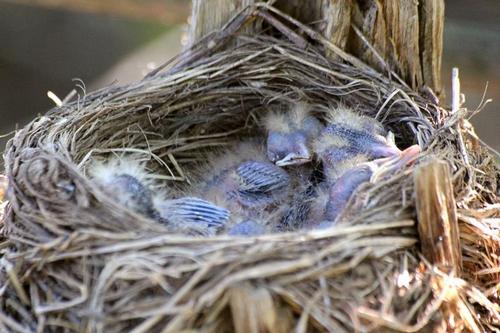 And next on the branch of an angry mother trying to drive the stranger. 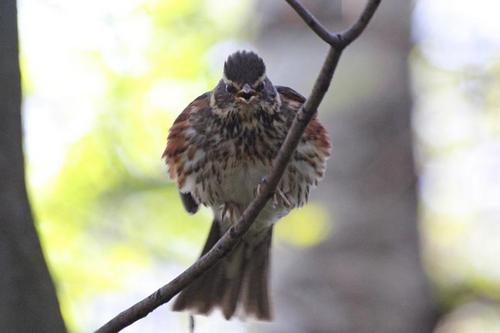 White eyebrows only give glowering her appearance (not for nothing is this thrush called a Redwing, Turdus iliacus) 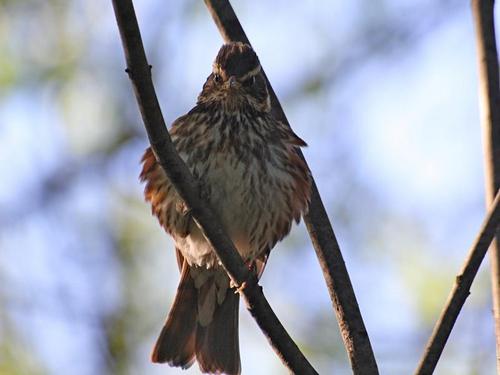 Although in profile she looks not so menacing. 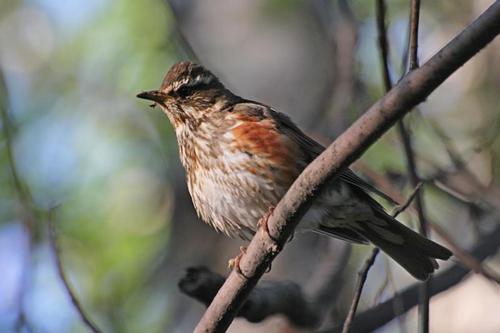 But any noise or movement near the nest leads to the fact that one of the Chicks abruptly raises his head, opens a beak widely, and waiting for him to put food. If not, he slowly descends and falls asleep on. 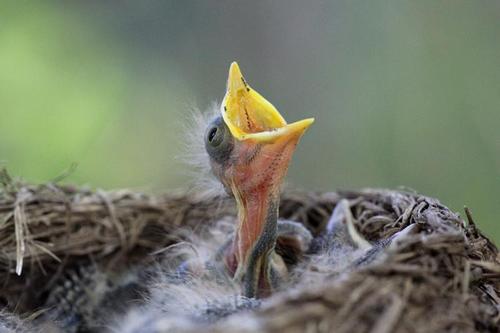 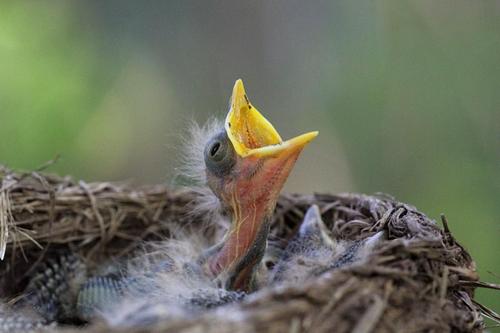 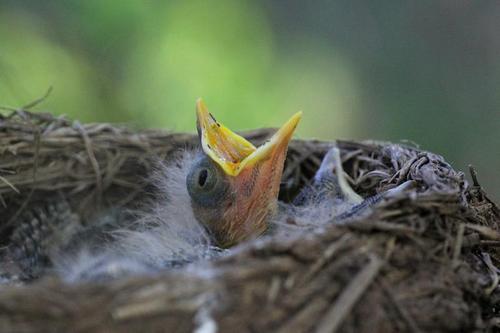 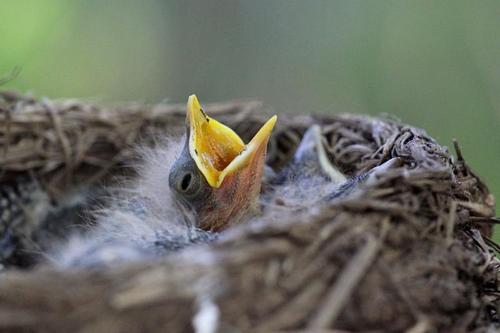 Soon parents will be the most hectic time Chicks a lot and they require almost round the clock there. Only manage to collect worms and catching insects to feed the insatiable yellow-NIB Horde. 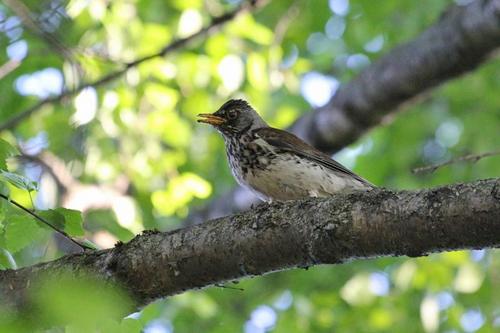 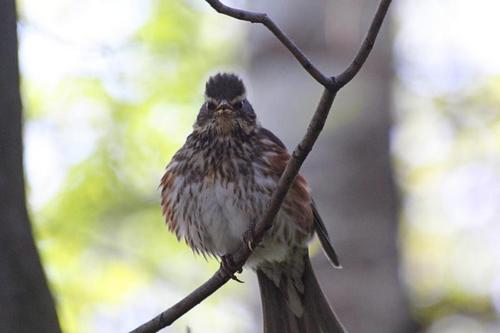 And while the Chicks sleep and grow when you sleep… 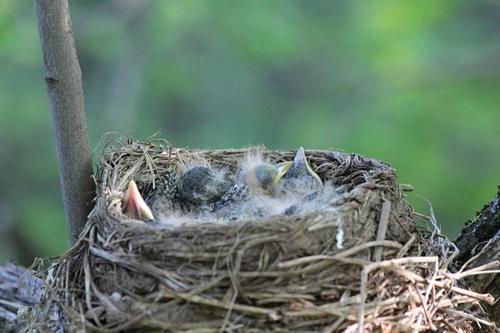