A miniature poodle, a little more weight and the height at the withers than the average cat, you’ll be charming good looks, innate natural solemnity, bright temperament and the presence of a developed intellect. The breed is hypoallergenic that can be a determining factor when choosing a dog for Allergy sufferers. 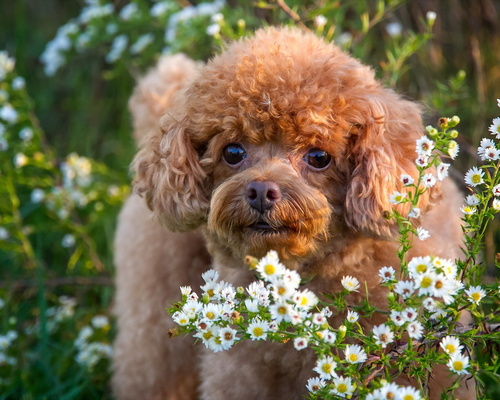 Poodle can be safely attributed to hypoallergenic breeds

The origin of the breed

It is not known how the rock was formed a miniature poodle. In the most common version, which inclined researchers in different countries, the origin of the poodle have the respect of two ancient breeds of dogs.

One progenitor — German shepherd dog with curly hair, the second is widespread in Spain “water dog”, the wool of which in appearance resembled cords. Both dogs were used for hunting waterfowl. Dog miniature poodle purchased from their ancestors a kind of fur, docile nature, extraordinary intelligence and love of water procedures.

First, the distribution of a poodle was observed in France and Belgium, and later in Germany, then the breed became popular in other countries. During the XVII-XVIII centuries the formation of the breed. To give the exterior of the sweetness was carried out mixing with the blood, and ornamental breeds. For a long time, all fine representatives of this breed called the poodles, not paying attention to their obvious differences. Once in the early twentieth century, the breeders came to the agreed streamlining of the characteristic features of the rocks, dwarf poodles has received official recognition.

The characteristic features according to the standard

The first official single was approved in 1936 in France, the breed standard. This basic document was later corrected in amendments and additions. Today, the standard, published in 2007

According to him, in breed of a poodle is:

Standard requirements common to all types:

Height at withers in adult dwarf poodles is in the range of 28-38 cm Less than 28 inches has a toy poodle, next to him the usual cat often looks large. The weight of the dwarf — 12 to 14 kg, that can weigh no more than 7.5 kg.

The toy poodle’s diet should consist of the right foods. It is important to keep the dog healthy and active. You can feed raw diet or dry food. During natural-feeding need to take care of the desired diversity of supply and to include in the diet all the foods that saturate the dog’s body with vital vitamins and microelements. Quality dry food itself is prepared with a balanced blend of all the necessary dog food, including vitamins and minerals. 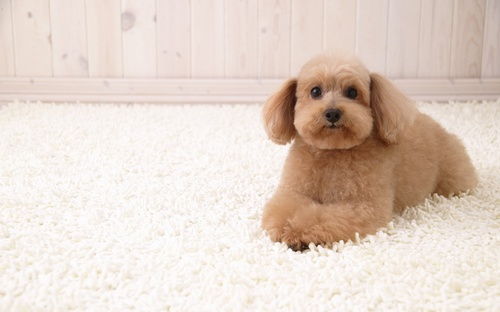 Which option to choose, every dog owner decides independently.

What to avoid feeding: 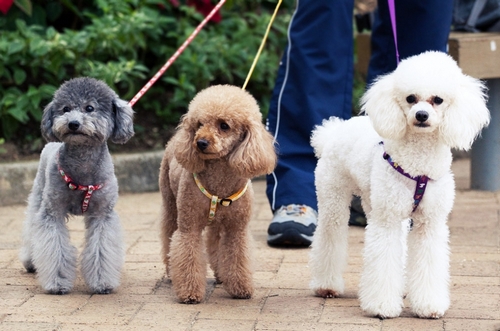 Most importantly grooming of the dog. Grooming should be regular — 1 time in 1.5-2 months depending on speed of hair growth. Poodles do not moult happens, the hair that she did not get off in clumps and mats, should be cleaned daily. To avoid this procedure, owners often opt for a regular short haircut.

Dwarf poodles need regular brushing, the removal of calculus. Another item in the schedule of regular care — circumcision growing claws.

Dogs of this breed often have hypersensitive eyes, so it is important not to forget to wipe them. In the treatment also needs the hair around the eyes, especially if it has a light color.

The duration of the daily walk for a toy poodle — a minimum of half an hour, in addition, it needs a long active games. 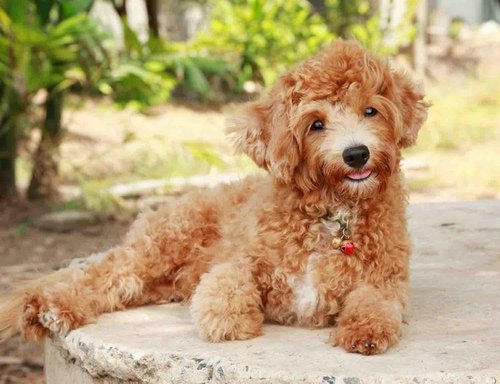 Grooming a toy poodle with whom the owner plans to participate in exhibitions, should be designed in accordance with the relevant requirements, which are described in the Appendix to the breed standard:

Miniature poodle is very attached to his master. In the presence of the owner of the dog calmly accepts any surrounding conditions — as in a city apartment and a country house.

The poodle is the perfect character. With the proper education of the dog does not bark in vain, absolutely calmly to other people, without aggression takes other Pets, whether it be another dog, parrot or cat.

Smart dog is easy to train and gladly included in various active games.