Breed Kerry blue Terrier breeders many are attracted to his rather unusual appearance. Despite the fact that these dogs are considered working, they are most often used as a toy. 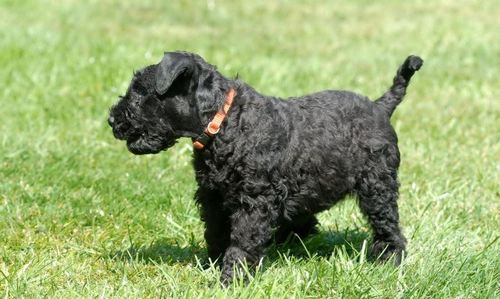 The history of the origin of the breed

The original home of this breed of dog is the Irish County Kerry. For the unusual coat color, with a bright silvery hue, the animal was first given the name “blue Terrier”. The main task of these dogs was the extermination of small rodents in the fields. In addition to rats and mice, Kerry blue Terrier perfectly hunted birds and other animals of small size, not only on land but also in water.

Quite a long time representatives of this breed was not widespread and only in the last century appeared in Europe, where working dogs turned into decorative. However, they have been known for at least 150 years. At home in Ireland, the first representative of this breed was shown in the beginning of XX century, and after a few years, Kerry blue Terriers were appreciated by professional breeders and is widespread. Initially the dogs did not put in order even before participating in prestigious exhibitions, and they appeared in a very bad way — uncut and uncombed. In 20-ies of the last century, the breed of dog is the Kerry blue Terrier was officially registered.

Over time the breed continued to develop, and for its representatives began to carefully care. Kerry blue Terrier haircut which first made dogs similar to the English Terrier, soon became a regular at the shows. 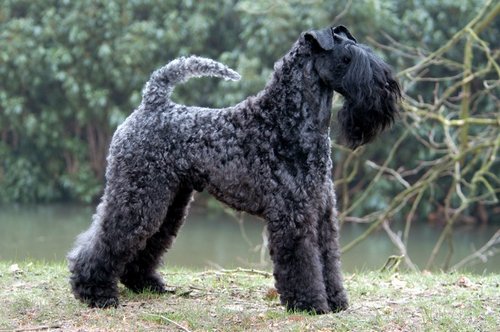 Kerry — the dog is very good natured and affectionate. Dogs of this breed are cheerful, communicative, energetic and love spending time with the beloved master. Alone pet it is very hard, so busy people a dog of this breed will not do. In a large country house, especially in the aviary, the representatives of this breed are also unlikely to survive. Puppies Kerry blue Terrier, as adults, wish to become full members of the family and want to stay close to the owner and other family members.

Despite the cheerfulness and friendliness, the dog Kerry blue Terrier is quite haughty and capricious. The dog does not tolerate rude treatment, manhandling, shouting and accusations on the part of the owner. In order for the puppy Kerry blue Terrier grew up capricious, it requires early socialization.

In spite of complaisance, kindness and intelligence, Kerry blue Terrier very wary of strangers. In case of a threat to the owner or family members dog will selflessly throw themselves at the enemy. Lightning fast response, excellent instincts and determination make the Kerry blue Terrier, the guardian.

Despite the fact that most breeders prefer to use dogs as a toy, the dogs have strong hunting instincts, so keep them in a house together with young Pets is not worth it.

As dogs of this breed are very active and inquisitive, lock them in the four walls is impossible. They love active games and long walks require attention from the owner. On the walk energetic dog cannot be off leash because he can run away and get lost.

Kerry blue Terriers have a high intelligence and incredible ingenuity. To keep him in the country house from the outside world will not work, because a curious dog can easily jump the fence. If the fence is too high, then smart Kerry will make a tunnel and still get out of prison. In order to avoid such incidents the owner will have a good daily walk the dog and to build the protective wall.

Country house Kerry blue Terrier is always on guard, protecting the surrounding area. Hearing a noise or seeing a stranger, the dog will immediately start barking hysterically, telling the landlord about the alleged dangers. 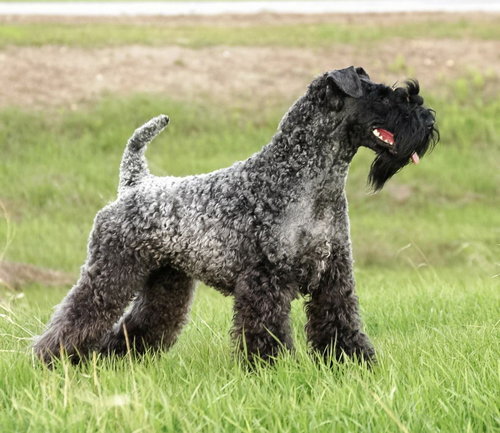 Proud dog might be offensive to some antics of small children. If the baby will encroach on the property of the dog taking his toy, pull an ear or feet, Kerry may growl at him. Of course, the child she will not bite but scare can. So the games pet with children in the house should be held under the supervision of an adult.

Despite the fact that the owner and dog households affectionate to Pets living with her in the same area, it is very unfriendly. If in the house there is another small dog, she will be jealous of his master and try in every way to ward off. Not get along a dog of this breed with cats, rabbits and hamsters. Pets for her is just a game, and to make friends with them is extremely difficult.

Kerry blue Terriers have a very strong immune system and rarely get sick. The dogs of this breed are rather high life expectancy. But in order for the dog has lived a long time, for the Kerry blue Terrier should be carefully looked after.

The main rule of care is competently composed diet. Food pet should be balanced. To feed a Kerry blue Terrier food is undesirable. Better to give preference to the production feed. If the owner still wants to accustom your pet to natural products, then you need to remember that the Kerry blue Terrier you can’t feed cooked foods, and various soups, sweets, flour products, potatoes, cabbage, bread, fatty foods and smoked meats. In prepared meals dog can not add salt.

To feed a Kerry blue Terrier should be strictly at the same time. Portion must be calculated on the basis of the dog’s weight, age, and physical activity. Food should be room temperature.

Special care requires the body of the animal. It is necessary to brush with a soft brush to avoid injury to the delicate skin of your pet. On the legs the hair should comb with a special comb.

The luxurious fur of a dog quite often infest fleas and ticks. Parasites preferably be removed by hand to avoid damaging the skin of the dog. To prevent the appearance of insects, Kerry blue Terrier, it is desirable to buy a special collar.

With regard to water treatment, bathe your Kerry blue Terrier too often impossible. To use a variety of shampoos and Soaps if this is strictly prohibited, as they can wash away the protective layer from the skin of the dog. Before bathing a pet, you need to dissolve the detergent specially designed for dogs of this breed in clean water and use it only in diluted form.

A pet of this breed should be periodically cut. Can trust this a difficult procedure or a professional groomer to master the technique yourself. During the procedure at home, be sure to pre-wash the pet’s coat and dry it. The beard and bangs can not be wet.

It is also necessary to regularly inspect the eyes and ears for contamination. Puppies Terrier needs to clean the eyes daily, as the corners often accumulate a selection. Gluing dogs ears is 6 months old, so they are properly formed. 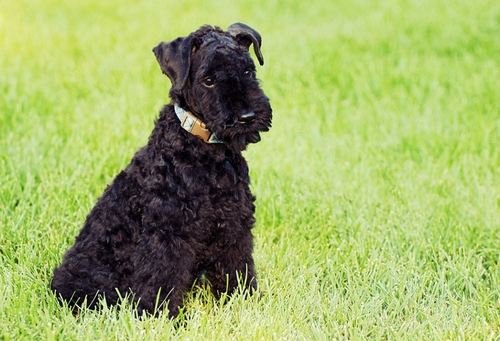 The training of the representatives of this breed — very exciting, but troublesome task. In the first place the owner should not be too pampered dog and at the same time rude and disrespectful to treat him. Kerry blue Terriers do not allow to humiliate itself. Pet does not require a hard hand because they are very intelligent and able to understand what is demanded from them by the owner without screaming and battering.

Socialization must be early. While training a puppy Kerry blue Terrier is not too pamper and indulge the whims, otherwise with age it will become unmanageable. To suppress the dog and dominate him is also not recommended because it may grow frightened and distrustful, losing their leadership qualities.

The dogs well enough to learn basic training course and serve at the pleasure of the team. The process is better to entrust it to the owner, because dogs of this breed are very attached to one person. During training to suppress the wayward temperament of the dog not worth it. This attitude of the beloved master will have your pet not to their liking, and he lost all desire to obey his commands. Prolonged exercise also quickly tire of the dog, so you need to triple periodic breaks and give your Terrier to run. When you run the command you need to encourage dog’s favourite treats.

This breed is working and diligent. They are excellent companions and loyal companions to their owners, and adapt quickly to new conditions.