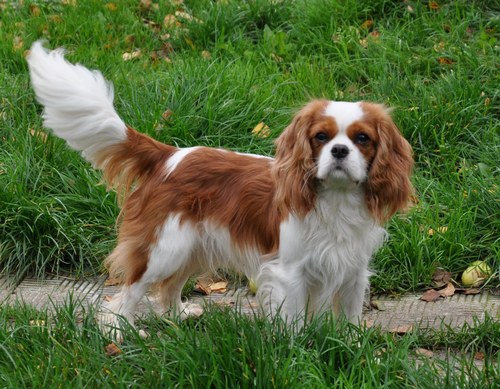 For the first time a dog of this breed was seen in Europe in the XVI century. The dogs became famous thanks to their Association with king Charles II (1630-1685 gg.) and the English Royal title since the times of Queen Mary I (1516-1558.). Dogs of this breed in his day was one of such Royal personages as Queen Victoria, Grand Duchess Anastasia Nikolaevna, Queen Elizabeth II. 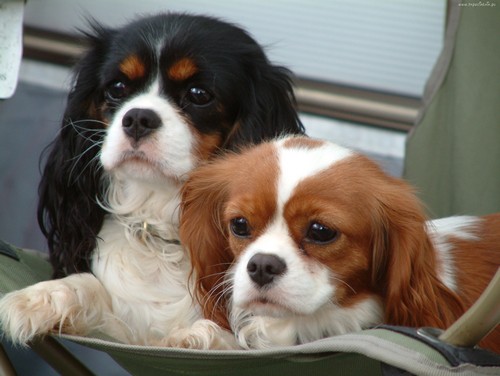 It is believed that the toy Spaniel originated in the far East, most likely in Japan

The dog was first seen in paintings by Titian, including the famous painting “Venus of Urbino” where the little dog symbolizes a female seductiveness. The earliest appearance of a toy Spaniel in England was marked by the painting of Queen Mary I and king Philip. Mary, Queen of Scots, showed love to these dogs until the reign of Charles II.

In the XVII century, toy spaniels began to appear in the paintings of Dutch artists such as Caspar Netscher and Peter Paul Rubens. Spanish artists, including Juan de valdés Leal and Diego velázquez, is also portrayed them. In the Spanish works, the dogs were tricolour, black-and-white or completely white.

Charles II was very fond of toy spaniels, so dogs now carry his name, although there is no evidence that today’s breed is his dogs. The king is credited with increasing the popularity of the breed during his reign.

Toy spaniels were still popular in Britain during the reign of king James II through to Queen Anne.

In 1903, the kennel club has tried to combine the king James, Prince Charles, Blenheim and ruby spaniels into a single breed called a “toy Spaniel”. Around the name dispute broke out, the end of which marked the end of king Edward VII. He made it clear that he preferred the name “king Charles Spaniel”. In 1904 the American kennel club followed suit, combining the 4 breeds are known as the English toy Spaniel.

Breed the cavalier king Charles Spaniel emerged during the competition, conducted by the American Rosula Eldridge in 1926. He offered a prize Fund for the person who will be able to withdraw Spaniel of the time of the monarchy, depicted in the photographs of Charles II.

The king Charles Spaniel is less popular than the cavalier, both in the UK and USA. In 2010 the cavalier was the 23rd most popular breed according to registration data, while the English toy Spaniel was the 126th M.

The dog of this breed has large dark eyes, a short nose, a high domed head and black skin around the mouth. Length dog averages 23 to 28 cm breed has a traditionally docked tail, and a long vertical ears typical of a Spaniel.

Found 4 colours of this breed:

Spaniel king Charles is often mistaken for a cavalier. However, between these two breeds there are a few significant differences. Chief among these is the size of the animal. While the cavalier weighs on average between 13 and 18 pounds (5.9 to 8.2 kg), king Charles weighs less than 8-14 pounds (3.6-6.4 kg). In addition, their faces are slightly different: the ears of the Chevalier set out above, its skull is flat while the king Charles’s is domed. Finally, the length of the muzzle of the king Charles shorter than the typical muzzle of the cavalier.

In the UK the kennel club places the breed in a single class. In the framework of the international canine federations rocks placed in a section of English toy spaniels. 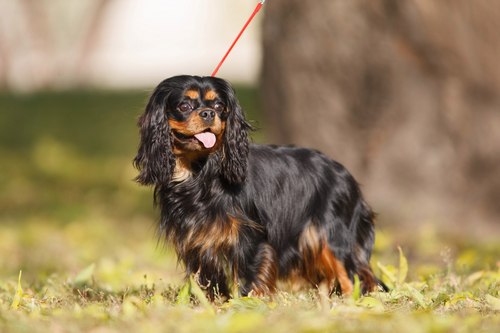 The temperament of the animal

King Charles Spaniel is a friendly breed. He is not a watchdog, but can bark to warn the owners of approaching strangers. This breed is very loyal, in the education which should show gentleness and patience.

Despite a good relationship with children and tolerance towards them, the dog will not take rough treatment. Known as one of the quietest toy breeds, it is suitable to stay in the apartment.

King Charles Spaniel tolerates other animals. But do not forget that he has hunting instincts, which he inherited from his ancestors. So the animal may not always be friendly. Smart dog knows how to obey their masters and could be a therapy dog, that is suitable for hospitals and nursing homes.

Expressive face, intelligence and affection to the owner — the main features of these dogs. Feeling your care, the king Charles Spaniel is loyal. 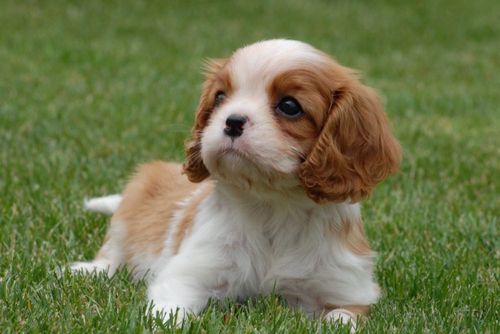 To make your pet healthy, you need to properly care for him.

For this is quite simple actions, such as:

Crossing small spaniels with pugs not gone unnoticed. Health-related research of the breed was limited and not carried out in the UK on a large scale. However, the breed was included in studies outside the UK, including the Orthopedic Foundation for animals (OFA) in the United States.

Eye problems related to pet health that include cataract, corneal dystrophy, distichia, entropy, microphthalmia and keratitis. Compared to other breeds King Charles Spaniel has an increased risk of distichiasis (the presence of extra eyelashes or hairs that can cause irritation to the eyes). 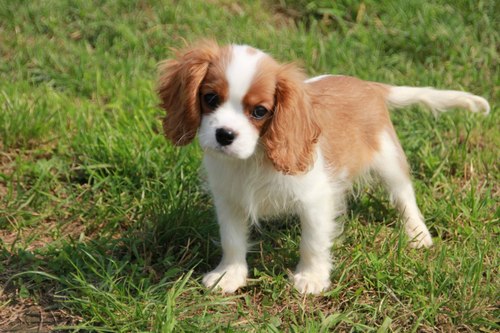 Being a brachycephalic breed, king Charles spaniels can be sensitive to anesthesia. This is because brachycephalic dogs have extra tissue in the throat directly behind the mouth and nasal cavity known as the pharynx, and anesthesia relaxes the muscles, thereby may cause problems in a narrow airway of the dog. They can reduce the ability of dogs to properly train and increase their susceptibility to thermal shock.

Other congenital and hereditary disorders found in the breed are diabetes, which can be associated with cataract, and umbilical hernia. English Spaniel club of America recommends to fix an umbilical hernia only in extreme cases.

There are several signs that may cause concern. They include such issues skull as an outdoor spring, when young dogs have a soft spot in the skull in under one year of age. A complication of this condition are hydrocephalus, neurological symptoms. Webbed paw can seem like a serious health problem, but veterinarians say that it is not a cause for concern.

There is a view that Charles II issued a special decree, according to which the king Charles Spaniel has permission to enter any institution in the UK, where the rule “no dogs except guide dogs”.

On the website of the UK Parliament says: “Contrary to popular rumor, in the Parliament there is no law which says that this dog can reside in any room of the Palace of Westminster”.

A press-the Secretary of the Club nurseries said: “This law is cited from time to time. In the books it is said that king Charles had issued this decree, but our researchers did not find its existence”.