Wondering about how much can cost a man’s best friend what amount you comes to mind? $ 200? $ 500? 1 thousand dollars? Can you imagine what the cost of a small ball of fur can start with 3 thousand dollars to reach a million for the most expensive breed of dog?

The cost of expensive dog breeds consists of several factors:

In this rating the most expensive dog at the moment.

The cost to 2 thousand dollars 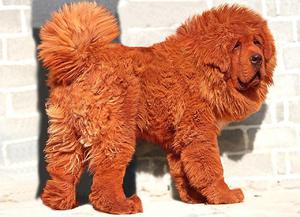 Border collie. Breed from the shores of Albion, was initially loved by shepherds for excellent working qualities, but over time acquired a status for his good-natured humor, devotion, activity, and simplicity in learning. The average cost of puppy – $ 750-1400.

19 place the Bichon Frise. The breed is considered native to France. From the XVI century, these cute dogs were used on ships as a fine Piper. Over time shaggy fidgets were becoming very popular and gained fame as an excellent companion dog. Since currently the cost of a puppy can reach 1600$.

18 place the Samoyed. Native breed is common among the peoples of the far North. Its uniqueness and price required purity of blood because of the three thousand history of the breed it has been preserved in its original form. Elite puppy show class can cost 1500-1800 thousand dollars.

17 place the Komondor is a Guard breed is native to Hungary. The uniqueness lies in the fur of the animal which eventually braided into cords (up to 2 thousand cords). This feature, coupled with dedication and great working qualities of the Commander allows you to consistently keep the price tag on the puppy of the order of 1400-1900$.

Dogs worth up to 4 thousand dollars 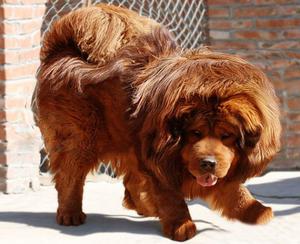 15 Chow. Fans of the breed are often called Chow-Chow dog, who licked the sky (for the characteristic color of the tongue bluish color). The breed traces its lineage from the Palace dogs of Chinese emperors. At the time, had a wonderful working qualities, but at the present time is put simply as Pets. In Russia the fashion for the Chow Chow came in the 90-ies of the last century. Now the price tag is $ 900-2200.

14 the Irish wolfhound. Breed, bred in Ireland, has a balanced character at the same time differ in strength and endurance. One of the largest breeds in the world. The price tag starts with 1300 and goes up to 2300 dollars.

13 Saluki. Slender, extremely graceful dog. One of the oldest domesticated species, which is native to the territory of modern Iran. Outstanding appearance and good-natured character always keep the price tag on the Saluki in the area of 1000-2500 dollars.

12 place the Norfolk Terrier. In his time in the homeland of the breed was used as a small animal hunter. Currently more and more used as a companion dog. Possess excellent natured, great with kids. The price is $ 1200-2500.

11 the place of the English bulldog. Another representative of Albion in our ranking. Dog aristocrat. In England, the breed is considered a national pride. The dog is the embodiment of the qualities of a real English gentleman. To keep a pet of this breed is considered prestigious around the world, resulting in the purchase of a small aristocrat can cost you 2.5 thousand dollars.

10 place beaver Yorkshire Terrier. A young breed that was developed in the late 20th century in Germany. A great companion dog is consistently popular with second halves of the powerful, making the price a small lump ranges from 850 to $ 2,600.

9th place king Charles Spaniel. The history of the breed dates back more than five centuries, was originally a favorite of the English lords and since then has not lost its status as a dog for the elite. In the result, the price can reach up to 3 thousand dollars.

8 place the Akita inu. The breed’s native country is the Country of the rising sun where she received national status. Very trainable due to their sharp intellect and intuition. Infinitely loyal to his master. The price of luxury representative in Japan can reach up to $ 3,500.

7 place the Thai Ridgeback. Breed which is a native of the Kingdom of Thailand. Native breed, not leaving until recently, the limits of the Indian subcontinent. Endowed with strong character, extremely intelligent. The price of the puppy starts from $ 800. for pet up to 4 thousand dollars. for dog show class.

6 place the Pomeranian. Fun, loyal and intelligent dogs which are native to Germany. Affectionate nature makes it an excellent choice as a pet. Price starts from $ 700 and up to 4 thousand dollars.

5 place the Affenpinscher. Miniature dog breeds Affenpinscher was known in Germany in the Renaissance. Very friendly, active and loyal dogs. The price of the puppy reaches 4 thousand.

4 place in Chongqing. Dogs are long-lived (lifespan around 20 years) have proven themselves as wonderful companions. Due to the small number of the price tag on the puppy reaches 4 thousand.

The most expensive dog in the world 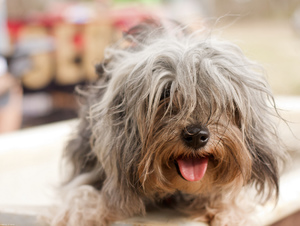 3 place a Pharaoh hound. The first image of this breed date back to the third Millennium BC and in its time was used as a hunting dog to Pharaoh. Currently is a wonderful companion dog. They are friendly, moderately playful, smart and would never betray his master. In the CIS Pharaoh hound — rarity. The price tag can reach up to 7 thousand dollars.

2 place Lyon Bichon. Homeland Bichon Lyon — France. It is smart, dedicated and at the same time fearless companion dogs. At the time, noted in the Guinness book of records as the rarest breed of dogs, currently, the breeders are the situation is changing for the better. The price tag on a representative of the show class can reach 7-7.5 thousand$.

There are several colors of the Tibetan Mastiff:

Tibetan Mastiff — the most expensive breed of dog at the moment. One representative was sold for the fabulous, incredible 1500000 dollars! The average price tag for a puppy of show — class 8 thousand dollars. and can reach up to 12 thousand us dollars.

Expensive breed of dog, whether it’s a lion dog or Saluki, need our kindness and care, as well as any mutt. Only by giving your time, love and attention you can grow a decent dog, regardless of its origin, but believe me, fluffy ball, brought one to your house will give you over time a lot more.