The dog is one of the most popular Pets, along with cats. This loyal friend, much more common in houses and apartments than hamsters, parrots, reptiles, etc. But among dogs is special, which is positioned as the most popular breed of dog. The popularity and the love of man, something volatile and varies depending on fashion, lifestyle and region.

So each country has its own top beloved and popular dogs, which varies annually. What dogs are the most popular?

Labrador Retriever included in lists of very famous dogs in the world. In many ranking lists of the representatives of this breed occupies a leading position. Sometimes take one look at the pictures of these dogs and it becomes clear what is their highlight. Even when the puppy grows up, very cute muzzle will not leave anyone indifferent. Dog breed Labrador Retriever in the United States are at the peak of popularity.

What distinguishing characteristics of the Labrador? 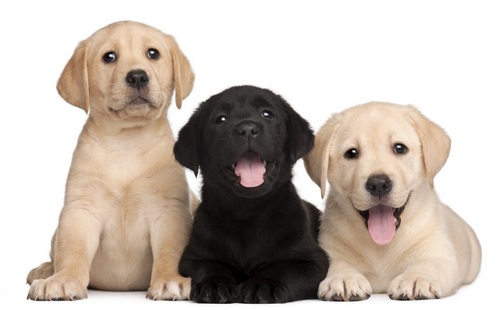 Give your heart to a Labrador Retriever you can look at it that’s for sure! Labrador retrievers – a very cheerful, playful, active, friendly, intelligent and affectionate dog. They give birth as nannies, housekeepers, companions, attendants and even hunters. Labrador fondly refers to the people they take in rescue operations and as guide dogs for blind people, and for therapy. But in most cases, dogs are wonderfully fit in the family, and thus become true friends and even psychologists.

The character of the Labrador is even more soft than the retrievers, and they still belong to their owners. Labradors are very smart and very easy to learn new things. Labrador requires an active lifestyle and the attention of the owner, without which the dog will quickly get bored.

These cute dogs have only one drawback – they can very easily gain weight. Owners will have to control the lifestyle and the meals very carefully. Labrador retrievers are popular for their tolerance of other animals, cats, rats and hamsters. 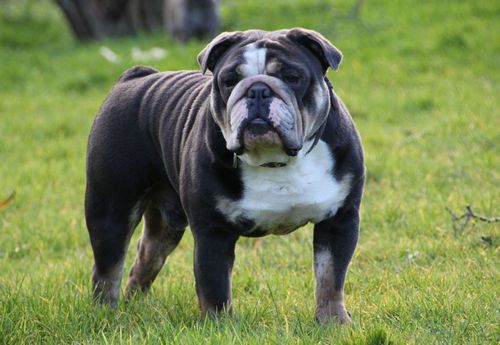 Despite its terrifying appearance, the English bulldog is also in the five of leaders among the famous dogs. In addition, this breed does not lose the leader in the world neither in 2000 nor in 2014. Where is the highlight of this dog? Of course, in its unspeakable warmth.

The English bulldog is affectionate waggle tail not only to its owner and family, but who came to visit friends or acquaintances. But if you have to protect his master, and trust, the dog will fight to the end. However, the appearance of this breed is so eloquent that to a serious showdown comes rarely. No wonder the British meat kings used bulldogs for the persecution of bulls. So usually all the dog barking showdown over each other. Besides fighting genes erased from the memory of the breed as a result of selection carried out in order to save the species from extinction.

The distinctive qualities of the English bulldog

The owner of English bulldog you need to be always ready, that pet will to persevere, to show stubbornness, determination, and confidence. Therefore, the owner will have to stock up considerable patience and willpower. Only in this way can raise serious security guard, secure and strong, protective, loyal friend. These qualities are well-educated dogs are once again allowed the English bulldog to be one of the first places in the ranking of the most popular on the planet of dogs. 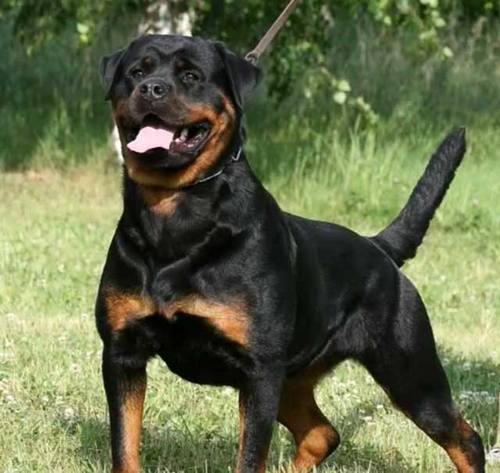 No less famous was the Rottweiler breed. Dogs of this breed is among the most evil and dangerous Pets, which if the wrong approach to education can become a serious threat to humans. This breed has many positive qualities: beautiful appearance with strong skeleton and musculature, endurance, considerable mental abilities, excellent attitude to children.

The ancestors of Rottweilers 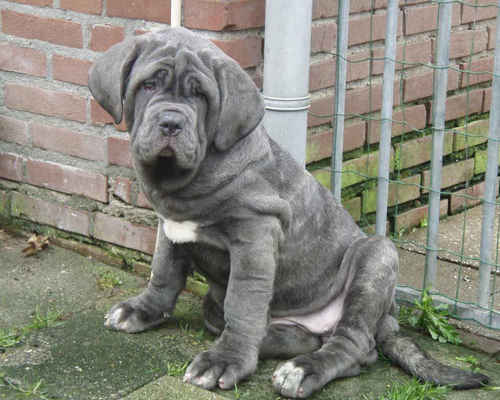 Experts believe that the ancestors of Rottweilers were Mastiff neapolitano, although the Motherland of the breed is Germany. A German breeder crossed Italian, excellent guard, guard and military dog, a local breed. My name Rottweiler got the name of the locality where they were bred.

Be amazed by the beauty of Rottweilers can be infinite, even the image on the photo makes it clear that this is a very quiet animal, endowed with unprecedented power, intelligence and courage.

Despite the tremendous devotion, sometimes reaching to self-sacrifice, this dog requires a special approach to training and education. Otherwise, the animal weighing more than 60 pounds can become a deadly weapon. Breeders and handlers appreciate the breed for the seriousness in the capable hands of the connoisseur, the Rottweiler will become an excellent defender of its owner and members of his family.

3 Comments on “The most popular breeds of dogs”