The day had finally come. We’ve put in the work, and now it was time to go collect. We looked at our map and devised a game plan for the areas we would be targeting. First we drove to our premier spot hoping to start the day with a bang. And boy, did we ever.

I started fishing with two rods; one had a bobber and plastic and the other a small jigging spoon. My brother Matt joined, and he fished with the simple but effective jig and worm.

From the moment we started, the fishing was lights out. Within an hour, we caught our 2-man limit of Trout. In total, we caught close to 15 fish and ended up keeping 4 Brook Trout and 2 Brown Trout. The plan really came together.

The craziest part was how fast everything happened—we spent hours and hours driving around, rigging rods, and looking at stocking reports over the last two months, and the Trout opener felt like it ended before it even started.

I guess that’s the sign of real success, though. And there is a lot of time left in the Trout season and a lot more creeks to explore.

For the last month and a half, I’ve turned into a little bit of a Trout bum, not a fly guy in fancy clothes trout bum, instead more of a Midwestern trout enthusiast who carries a spinning rod and shops at Walmart.

Don’t get me wrong, I love quality outdoor gear and admire the skill and patience that fly anglers possess. However, I’m a corn fed boy from the Midwest, and where I grew up, conventional tackle reigns supreme.

Trout Fishing In The Midwest

A small creek brown trout caught on a small crankbait.

Growing up as an angler near Chicago, I didn’t pay Trout much mind; my focuses were on local species like bass, carp, catfish, and panfish. When I was lucky enough to venture north to Wisconsin—musky, walleye, or northern pike is what sprung me out of bed each morning. 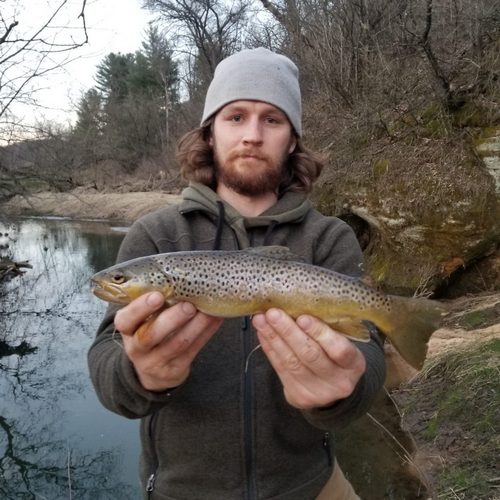 It wasn’t until later in life that I realized Wisconsin was home to some of the best trout fishing in the country. Hidden Trout treasures right underneath my nose.

How did I miss it? It’s crazy that I’ve never given these fish a chance. The time was about to change; I was about to rediscover “The Driftless.”

Brook trout are native to Wisconsin. 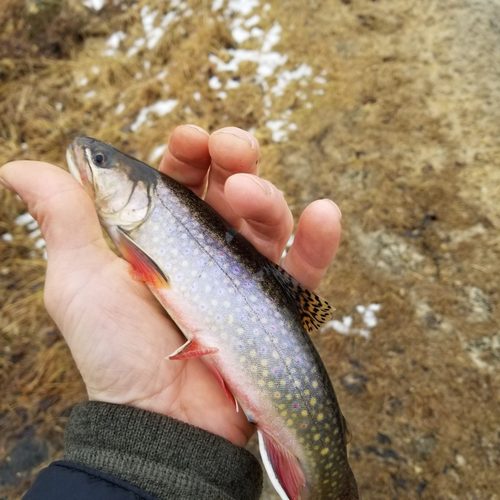 During the ice age period, when most of the midwest was flatten like a pancake by giant glaciers, the driftless region dodged a bullet and remained much more intact. This left the area littered with rolling hills, valleys, and spring-fed creeks.

Miles upon miles of clean, flowing streams run abundantly through the region. And these are the places where you can find Trout.

Brook, Brown, and Rainbow Trout call the Driftless waters home, but it’s only the Brook Trout (my favorite) that are native to the area. Most of the quality trout streams in the Driftless have clean, clear water and are no wider than a country road.

Gearing Up For Trout Fishing

Brown trout are a European species that have been stocked in the United States since the 19th century!

You can catch Trout using a wide array of tackle, presentations, and techniques but we’re not going to get into that today. We’re going to keep things simple and discuss arguably the single most effective trout lure there is—the inline spinner. 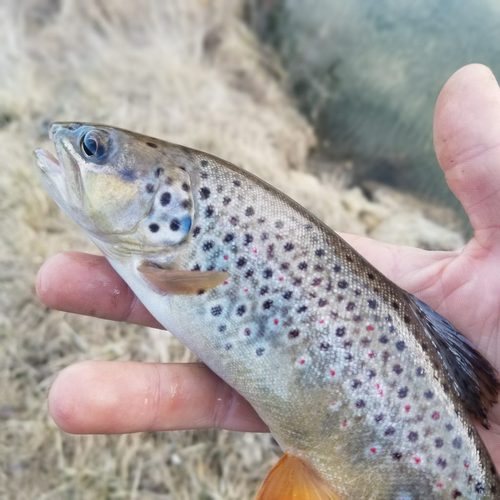 Inline spinners are adored by anglers almost any area where a Trout swims. Their spinning blades help draw incredible strikes from aggressive Trout, and their trailing treble hooks do an excellent job at keeping a fish pinned to the hook.

Most anglers rigging inline spinners will tie them to 4-6lb test spooled to a short, light action spinning combo.

A light action fishing rod allows you to cast small lures with ease which improves casting distance and reduces your chances of spooking fish. A shorter rod is better for casting to precise targets in confined areas. And in the driftless region, that’s the name of the game.

FWisconsin has liberal water access laws compared to many other states.

Wisconsin water access laws favor anglers. In Wisconsin, as long as you access a river or creek legally, you can continually wade fish that body of water if your feet remain wet. If areas become unnavigable through water (too deep, obstruction), you can cross those areas from shore. 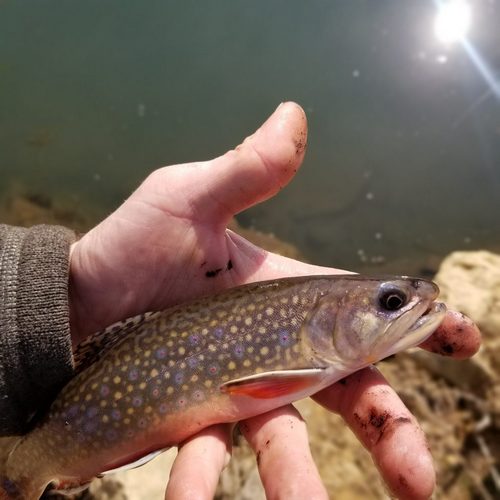 This means you can legitimately park your car on the side of most country roads in Wisconsin, throw on some waders, and walk and fish for miles through some of the prettiest counties in the midwest.

Are There Trout Fishing Seasons?

This is my brother Matt standing with his trout in front of our families A-Frame cabin.

The Wisconsin inland Trout season opens in January for catch and release fishing only and you can start keeping fish around the first Saturday in May.

Starting in March, my brothers and I began scouting new creeks and streams, trying to develop a game plan for the 2020 Trout season opener. 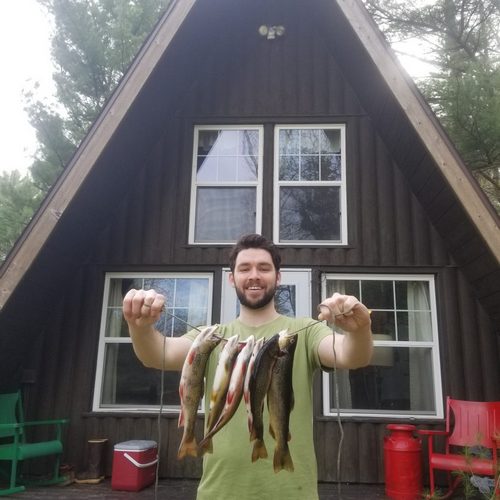 We learned quickly that you need to cover a lot of water and look for deep holes in order to find Trout.

This past March and April, we scoured the local creeks looking for deep holes and hungry Trout. If we caught fish from a spot, we would mark the location on GPS and then continue to move.

By the end of the trout bender, we had burned through a boatload of lures and multiple tanks of gas but we finally had a game plan for opening day.