My first choice for wintertime fishing is rainbow trout because these fish thrive in colder water. Trout mostly live in spring fed streams and some lakes such as Taneycomo in Missouri where the water remains about the same cool temperature year-round. I have noticed through the years that trout are more affected by current than weather conditions, so the fish remain active even in frigid weather.

When considering which fish species to target in the winter, the key to selecting the best choices is to determine which fish are most tolerant to cold water. 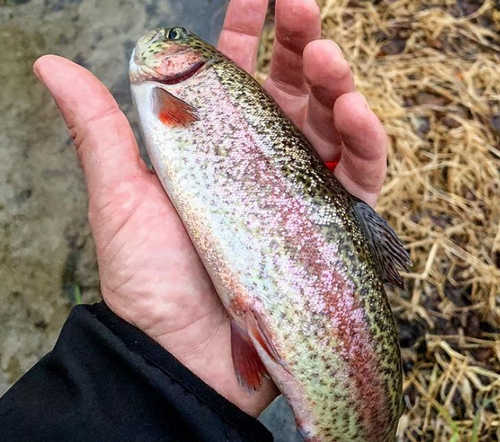 Whether you are fishing a stream or below a dam during the winter, the key to catching trout is to determine where the fish are positioning in or out of the current. Sometimes trout will be holding above or below riffles picking off bait as it flows by the fish or trout will position in eddies behind obstacles breaking the current. 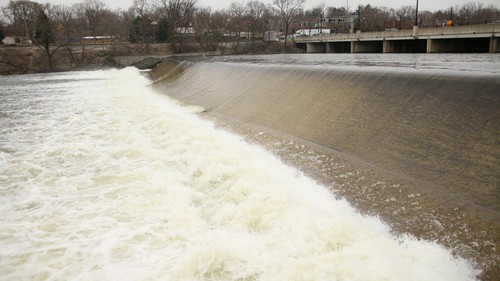 Fly fishermen can catch trout relating to the current by drifting small flies such as midges, stone flies and egg flies. I prefer fishing with spinning gear so my favorite tactic for catching quality rainbow and brown trout is jerking a suspending stickbait in front of and behind any current breaks. I catch numbers of trout by shaking a marabou jig in fast current or hopping it off the bottom when water flow is slow.

On my home waters of Lake of the Ozarks, I target largemouth bass and crappie throughout the winter because these two species are still active even when the water temperatures drop below 40 degrees. The bass are northern strain largemouth, which are tolerant to cold water, and wintertime crappie tend to school up so once you find the fish there will usually be some active ones in the bunch that are willing to bite. 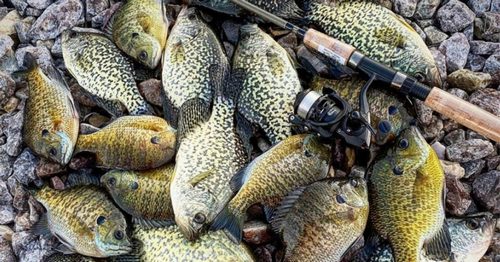 Bass will either be suspended or hugging the bottom along structure close to deep water such as bluffs, rock ledges or channel swings. I opt for a suspending stickbait in shad patterns to catch suspended bass and favor a 1/2- or 3/4-ounce football jig with a plastic chunk trailer for coaxing bottom-hugging bass into biting. 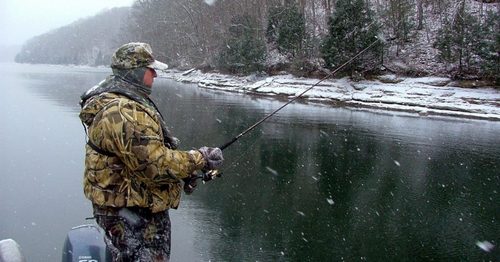 Deep brush piles and docks sitting over deep water are havens for wintertime crappie on my lake. I usually cast a 1/16-ounce jig to the brush or front of the docks first and if that fails to trigger a strike, I will position my boat over the brush or next to the dock and vertical jig for fish holding tight to cover.