On the festival “Ryazan Chub” 27 Aug 2016
1. The goals and objectives.
1.1. Propaganda of careful attitude to nature and the fish.
1.2. Promotion of fishing on the principle of PFO (catch-photograph-release).
1.3. Testing and evaluation of gear and equipment for catching Chub.
1.4. The exchange of experience between Goloustnoye, learning the correct and completely safe for fish, fishing.
2. The organization of the festival.
General management, preparation and actual implementation is carried out by the organizing Committee of the tournament “Ryazan Chub”
3. The place and time of the event
3.1. The competition is held in two rounds on August 27 in Ryazan region
3.3. The organizing Committee approves the waters of the competition three days prior to the tour.
3.4 the coordinates of the camp competitions shall be communicated to the participants via SMS on personal phone numbers or e-mail three days before the start of the tournament. 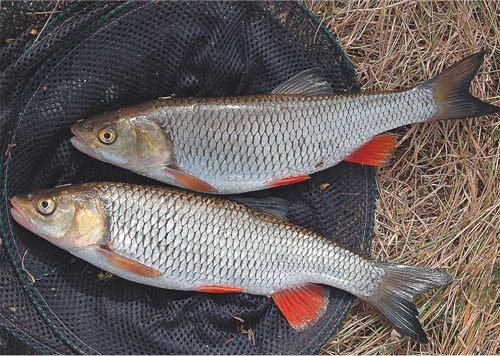 4. The participants of the competition.
4.1 the Number of participants is not limited
4.2. To participate in the competitions anglers, regardless of age, gender and place of residence, agree to the privacy statement and supporting principles of the tournament “Ryazan Chub”. Children under 18 years are allowed to participate under condition of presence at the festival of their parents.
4.3. To participate in the competition should register at the forum “Chub Plus” in the subject line “Ryazan Chub”.
To pre-register, you must provide the Name, town of residence, phone.
5. Order and Rules of the competition.
5.1. The competition is held in one day in two rounds – August 27. Both tours include personal and team standings.
5.2. Fishing is done both from the shore and zabrod. The water area of fishing is not limited. The movement allowed by any mode of transport.
5.3. Fishing is by spinning on one artificial bait, belonging to the following types of lures – crankbaits, spinner baits, spoon lures, Cicada. Lures must be equipped with bezborodny hooks. Allowed as use the brand bezborodny hooks and hooks with pressed or cut by the piercer. To prevent podragivanija fish on the lures you are allowed to leave one treble hook (any, on the participant’s choice), the second should be removed or replaced with single quotes.
5.4. Posted snap, bombards, water filled floats and other options for load imposed by the cargo prohibited. It is prohibited to use natural baits or landing, and tandems from several baits.
5.4. Each participant is allowed to use any number of lures on tour. Party at the time of registration provides the panel of judges selected bait, lure all the party pictures. In case of loss of the lure or the need to replace the baits (while on tour or during the break), the participant must submit a new bait to the judge.
5.5. The minimum distance between the participants is not limited to; athletes are free to move on the waterfront, observing standards of fishing ethics and without disturbing other participants. In cases of dispute, priority is given to the athlete who takes the point of fishing first.
5.6. Immediately after the start of the stage, the participants can move freely along the river, distance of care from the camp is not limited, the member must return to the camp until after the tour and provide to the chief judge pictures of the fish. The delay in the camp is allowed for 1 hour.
5.7. The competition is strictly observed the principle of “catch and release”. For making fish athletes must use the landing nets. Participants without nets of the competition are not allowed.
5.8. The fish caught by the participants during the competition, immediately measured and photographed using FishBase by the organizing Committee, and then released. After the fish is released, it is necessary to take a picture of the place of capture and to do some different shots of the surrounding area. The last and required for the taking of fish in the standings should be a photograph of an empty fisseha, without fish. An example of the correct images: photo Chub in FishBase + scene photo capture + 2-3 diverse picture surrounding you at the moment location photos empty fisseha.
5.9. It is counted Chub of any size.
5.10. Subirana fish (hooks are not in your mouth and not in the head region) to offset not accepted and released without photography.
5.11. For each fish caught, the participant is given a certain number of points:
• up to 25 cm – 1 point
• 25 – 34 cm – 5 points
• 35 – 40 cm – 10 points
• 40 cm and more – 15 points
From the participant to the credit taken photos of 5 of the largest fish in each round. Individual participant’s result is the sum of the field following two rounds of
The result of the command round is defined as the sum of scores for 5 of the largest chubs caught each of the team members.
5.18. In case of equality of total points is the advantage of the participant or the team who caught the largest fish.
5.20. The participant may be disqualified:
• for actions incompatible with the purposes and objectives of the project “Ryazan Chub”;
• for violation of the Rules and Regulations of the competition;
• for conduct offensive to the moral and human dignity.
5.21. The refereeing in the areas of fishing at the festival is missing, the observance of Rules of conduct controlled by the par
the pendulum and other athletes. Persons seen in conscious violation of the Rules of the festival, will be disqualified indefinitely. All disputes are solved by the Chief referee on the spot (in the camp).
5.22. Shooting fish for competition is made by digital cameras, phones, and provides good image quality. Fuzzy pictures which it is impossible to determine the species or size of fish, to offset not accepted.
6. Award winners.
6.1. The athletes ranked 1, 2 and 3 places in individual competition are awarded by prizes from sponsors. Team 1st place in team classification are awarded with prizes from sponsors and the honorary diploma. The team took 2nd and 3rd places are awarded with diplomas.
6.2. The winners in individual categories established by the organizing Committee or sponsors, will be awarded prizes.
7. Financial conditions.
7.1. The entry fee for the competition 300r.
7.2. Travel, accommodation and meals at the festival are organized and paid by the participants.
7.3. All expenses on organization and holding of the festival organizing Committee pays for the expense of admission fees and personal funds.
8. The competition schedule.
8.1. The schedule of each round is compiled by the organizing Committee no later than one week before and posted on the websites of media partners.
8.2. The organizing Committee has the right to change the competition schedule in place due to unforeseen circumstances, including weather conditions, fish activity, etc.
8.3. Schedule
Friday, August 26
Arrival of the participants. Registration of participants, familiarization with the area, conditions of fishing.
Saturday, August 27
7.00 — 8.00 – Registration of newly arrived participants
9.00 – 13.00 – the first round
15.00 – 19.00 – second round
Contact:
Ignatov Vladimir +7-915-594-66-44
Kryuchkov Ilya +7-965-710-49-81