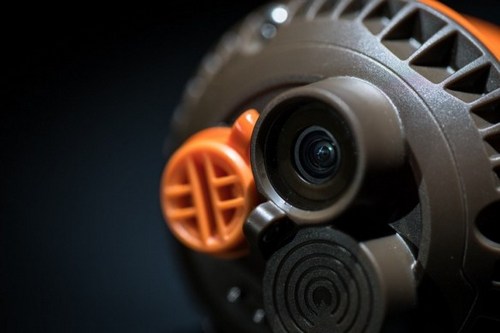 A new era begins…. For the first time ever sonar depth sounder and underwater camera combine; the awesome new FishSpy Echo Pro is the complete fish and feature finder. Why settle for just sonar technology when you can have the power of two – Sonar AND live video? Packed with features including sonar, GPS, lake mapping, file storage and amazing high quality live video streaming and recording, Echo Pro can be cast with a rod or attached to a boat.

Uncover the secrets of the places you fish, discover underwater structures; reveal the composition of lake bottoms, riverbeds and floors, reveal the depths of your waters; Echo Pro uses powerful sonar and crystal clear video to locate features and fish. Wherever you fish, bank, boat or shore Echo Pro’s combined power of sonar and video guarantee you miss nothing. Echo Pro streams live lake information direct to your smartphone or tablet and is purpose made to be stored in your tackle box. Echo Pro is even compact enough to be carried in your pocket.