If you put away your boat for the winter or it’s just too cold for you to fish from the boat, your best option for getting in on some wintertime action is to try some bank fishing below dams. 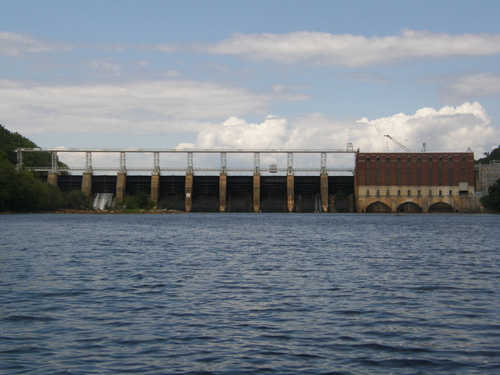 The river below an impoundment’s dam concentrates fish year-round, but it becomes an especially productive area to fish in the wintertime because it remains ice-free and has plenty of oxygenated water that activates fish even in the chilly waters. Dam officials release water from the reservoir for the winter drawdown which creates current and oxygenates the water. The released water usually flows from the bottom of the dam where water temperatures remain stable throughout the winter, which prevents the spillway area from icing.

Bank Fishing Below A Dam 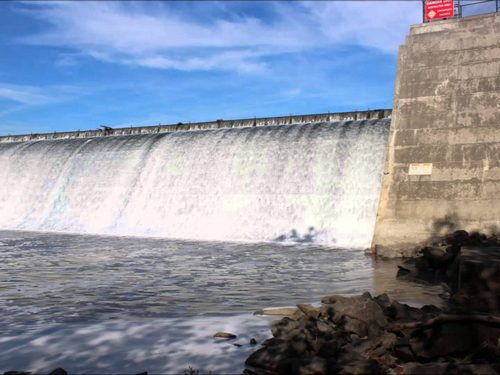 Casting in the rushing water just below a dam is a good way to target active fish.

One of my favorite wintertime spots for bank fishing or wading is the Lake Taneycomo waters directly below Table Rock dam. The cold water of winter causes a shad kill on Table Rock that feeds lunker trout lurking in the spillway area below the dam. Rainbow and brown trout can be caught from the bank or by wading during this time because the crippled shad get pushed by the current to the sides of the river and the trout follow them.
The best lures for fly fishing the spillway are streamers or jigs that imitate a crippled baitfish. I also like to throw a 1/8-ounce white marabou jig on spinning tackle with 4-pound test line to catch these trout foraging on shad. Jerking a suspending stickbait in shad colors is also a productive tactic, especially for tricking heavyweight brown trout.

You Never Know What You’ll Catch 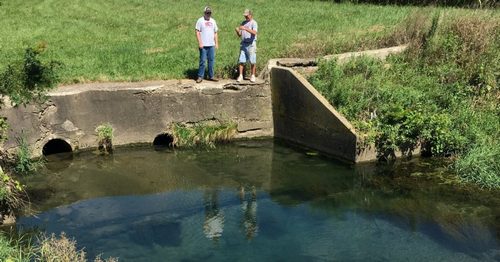 Some dams such as Bagnell Dam at my home waters of Lake of the Ozarks release water too warm for trout but these tailraces still attract large concentrations of walleye, stripers and hybrid white bass/stripers during the winter. Larger numbers of these fish move into the tailrace in late winter to begin their spawning run.

What You Should Be Chucking 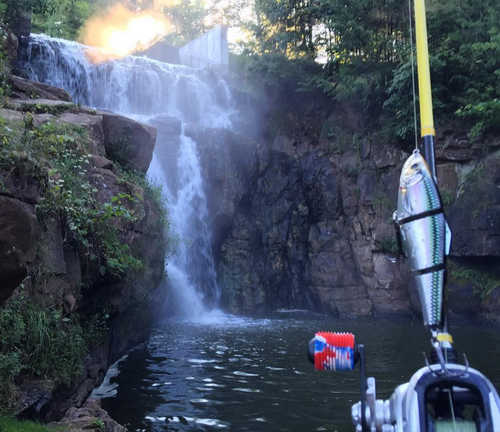 This is the dam below my favorite lake in central Wisconsin. My little brother caught 4 muskies in a single day from this exact spot.

Both walleye and stripers or hybrids can be caught with the same techniques while fishing from the bank. Try bottom bouncing a chartreuse 4-inch plastic grub or a 2-ounce chrome bucktail spoon for tailrace walleye and stripers. Cast the grub into the current and let the lure drift through an eddy and slowly lift the grub to bounce it off the bottom. You can use about the same presentation with the spoon, but you will have to pump it more frequently off the bottom to prevent it from snagging.