With a new fishing license and the necessary ice fishing equipment, Martina ventured out to a new lake with the goal of catching something big enough to eat. After the arduous task of drilling holes and setting lines, Matina hunkered down in a fishing shelter to stay warm.

Martina Drugovich reeled her way into the records books with a whopping 16 inch, 2.12 pound Yellow Perch.

Not long after, one of her fish traps was tripped, and a record-setting fish was swimming on the other end. After a short battle, a JUMBO perch popped its head through the hole and wiggled its chubby belly across the ice. 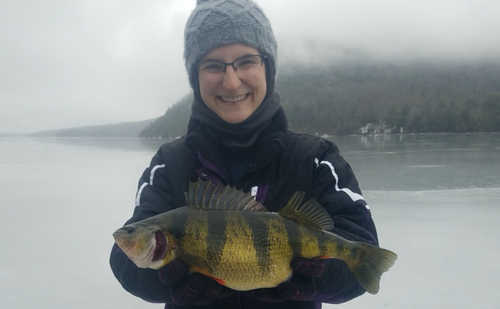 Originally Martina had ”catch and cook” plans for her perch before receiving advice from friends to measure her catch as it may be a new state record. Her 2.2 pound fish was big enough to break the previous 1.88-pound record set in 2017. 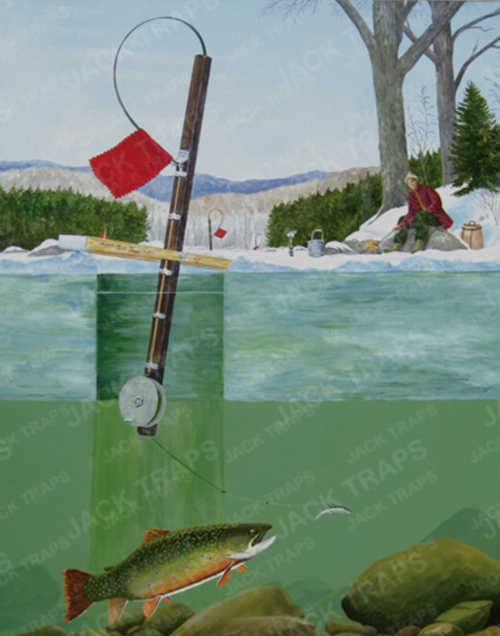 This painting from Jack Traps does a good how a fish trap works.

Tip-Ups or Fish Traps are ice fishing tools used to suspend live or dead bait at a suspended depth. Tip Ups let an angler fish without actually being near the fish trap. The angler sets the trap, a fish bites the bait, sets off the flag, and then the angler runs over and catches the fish. 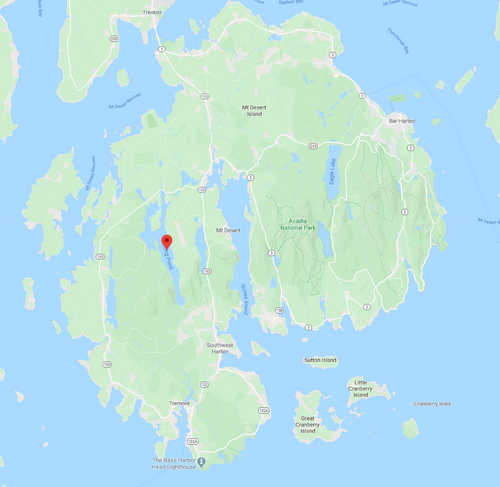 The Maine state record perch was caught from the Great Long Pond in Acadia National Park.

Learning how to ice fish on your own is not an easy task, so kudos to Martina not only for her record-setting fish but also for just getting out there in the first place. 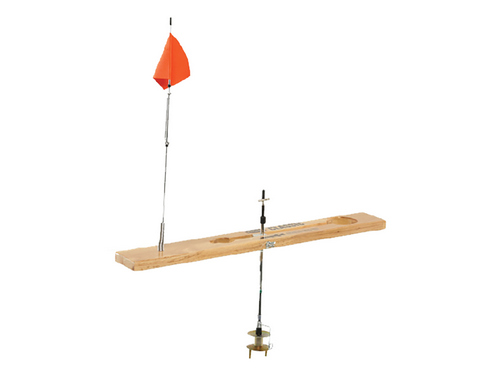