For a long time the most popular materials from which made spinning rods were bamboo, metal and fiberglass. But they were very difficult to use, because, besides the fact that the weight of the long rod in the hand will hold, though it was still maloprim. But still, there are still anglers who today have saved these rods and use them all the time. 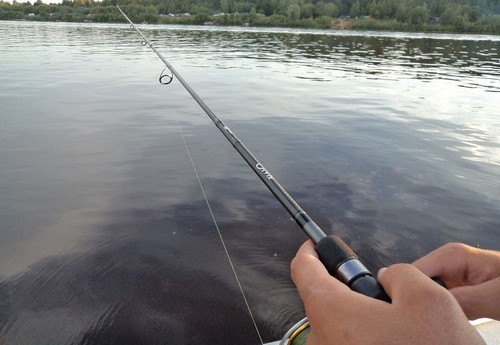 Modern fiberglass fishing rods are very different from their counterparts, who began to produce in the eighties of the last century. They are very lightweight, much stronger and cheaper. Today spinning is for each angler, as a professional and an Amateur.

In the eighties spinning on the market, this revolution has occurred — carbon fiber appeared, and began to produce fishing rods. Also called carbonplastic.

Is a polymer composite material of interwoven strands of carbon fiber, which are arranged in a matrix of polymeric resins. The density of such material reaches thousand four hundred and fifty kilograms per cubic meter and more. This material is much stronger than steel, but much lighter in weight. For example, the weight of the carbon fiber spinning rod with a handle is only 100 grams.

In addition to these significant advantages, this material has a nature of their deficiencies. So this material is very easily vulnerable to “pinpoint” strikes. It will withstand a high load, will not break during catching even the largest fish, but can break when hitting a rock. Therefore, the spinning of carbon fiber requires special care, as it is entirely damaged spinning to recover afterwards. Carbon fiber is not very resistant to fading material with prolonged exposure to sunlight. To preserve its color, the surface is spinning then you cover with a special varnish. This is usually done already in its production.