For a person who is not the first day of fishing equipment spinning has long gone beyond mathematics, but the beginner, even such a simple question, how to tie fishing line to the coil can cause certain difficulties. In fact, every angler has faced such things and therefore to help the young in dealing with such problems, simple examples will describe a few of the most common ways and types of solid nodes.

You can often hear different advice on how to fix the fishing line on the spool, but they are not always applicable in reality, although most of them converge on a simple and reliable fastening to the fishing line is not slipping and has not come undone at the most inopportune moment.

In this case, the ideal option would be a self locking knot, as a good mount will really reduce embarrassing situation for fishing.

Although some anglers still prefer not to use any nodes, simply wound the fishing line on the spool for 200 meters and everything. This option is also suitable, but if you are an active angler and are poised for a good season, not securing the line, you obviously run the risk, as it always will be shortened.

Self locking loop compared to other has serious advantage – it is easy to put on load and the more she gets, the tighter the loop itself. Let’s touch on a few interesting ways how to tie fishing line to the spool. 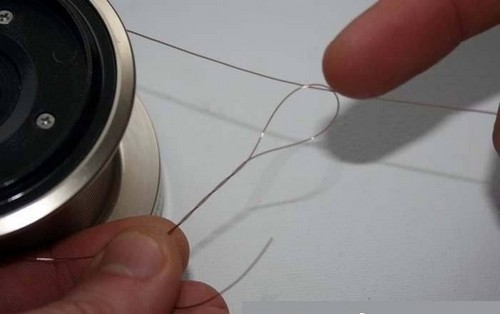 For a start I will discuss a popular method using a coil of large dimensions (for bottom fishing). Such a coil are quite easy to work at long distances, but,unfortunately,requires a lot of fishing line for winding.

In this case, if the coil is suitable, it is better to start the winding with cheap and gradually move to more qualitative – braid or manolescu.

But the conventional cord is preferably wound on a small spool spinning reels.

Begin to act as follows:

We had a good sliding knot, which can at any time withdraw from the reel.

Self locking loop of strong fishing knot, one of the most successful solutions, which does not need any special skills or special tools. The advantage of this knot is that it is necessary to untie yourself, if you want to remove, because the stronger the load of leading the line, the tighter the noose is tightened. However, there is one caveat: it is desirable that the load was continuous, so running end remained in place.

Another good option is how to tie fishing line to the spool, will host “Grinder”.

Important! Tighten the knot preferably at the maximum, the only thing more we should not forget in the process of knitting is the fit to the spool.

Node “Grinner” almost impossible to unravel, if you decide to change the line, then the loop is easier to cut.This site is well suited for rigging lures and hooks, as well connect the cord and the normal line. 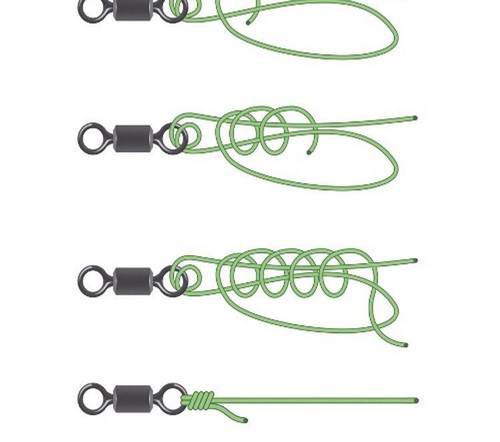 In this case, you can use a blood knot, but for long-term use, it may not be suitable.

Title blood knot takes the origin at a military fleet when the guilty sailors were punished by lashes. This knot was tied on the tip of the gun, after which it was painted in bloody color.

Binding leschik the spool, it is necessary to carry out the following:

It has been a very compact loop that holds the line on the spool.

For greater strength of the site, it is recommended at the tip to make a loop and push it the rest of the piece, so we get a locking knot (just in case).

Then the question is, how to make a blood knot exhausted.

This loop is also used as a fixing complement to larger sites. 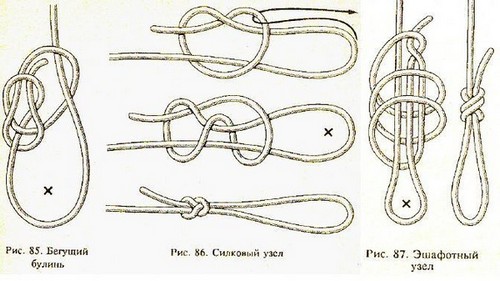 Photo 3. Other knots are suitable for tying to the spool.

The linking line between

In conclusion, there are a few ways how to tie fishing line together. For example, if you need the transition from cheaper to high-quality, or tightly bonded cord, these methods are the most convenient and can come in handy.

The transition from one to another line

To weave in a solid knot, take the two lines leading tip and, establishing at each other, wrapped together. You get the plot, twisted in direction from each other.

Find in this section of the Central interlocking, expand it, take the two ends intertwine each other in different directions, and bends toward the Central loop. One end introduced into the loop from above and another from below, holding it, pulled leading. After the procedure is fixed the unit ready.

This loop is called “Double grinner”, but unlike the standard, used for connection between sabaudo lines or cords.

The other side of the node do completely mirrored the first, as a result the network on the connection cords with the mustache in different directions.

We have listed the hinges and the ways of the garter, which are well suited for normal fishing. Use them and don’t lose their gear.