You can grow not only plants and animals, but even such creatures as earthworms. However, only some of their species – and there are, according to some estimates, about eight thousand – amenable to artificial breeding. One of them is the red worm, also known as the “California” name the us state where for the first time in 1959 began to breed. After the first successful experience of this process was commercialized, and since then the cultivation of earthworms began to spread in many countries, including Russia and Ukraine. 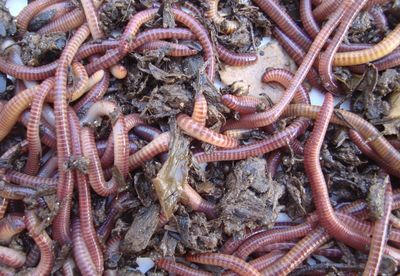 That red Californian worm (in use “Californian”) is relatively easily grown by artificial means, is not surprising: he is the result of conventional breeding dung of the worm. It is easy to learn with the elongated body of dark red color with purple mother-of-pearl shades, prelucrata from the abdomen and is divided into segments. Adult length is between 6 and 9 cm, thickness 3 to 5 mm, its weight ranges from 0.2 to 1 Gy. Body temperature does not exceed +19-20 degrees.

Some physical indicators – e.g. life expectancy – the second is way ahead of her “wild” rain brother. The number of births in the same cocoon it ranges from 2 to 20 individuals, while the ordinary – from 1 to 4 (a maximum of seven newborn worms from each species recorded in southern Europe). The ripening capsules of the red worm from two to three weeks. Frequency of intercourse – every week, starting with the moment he reaches maturity (at the age of three months), provided warm bedding for him. Ordinary worm copulates once in a month and a half.

It is not surprising that the popularity of this variety is increasing every year, as well as the number of those engaged in its cultivation. In many countries, there are even companies of cervesato. 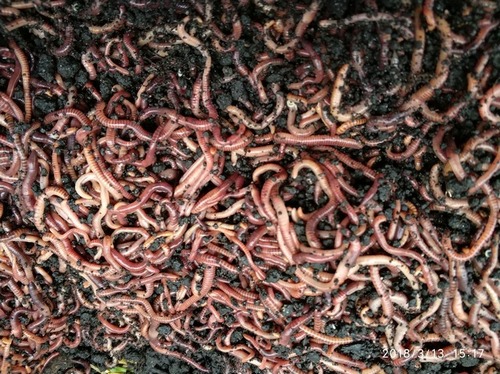 How to choose the right material

Breeding red worms at home is still not the usual occupation for the residents of the former Soviet Union. Although cervetti claim that there is nothing complicated about it, however, as in any sphere of human activity, here too there are nuances, depends on maintaining the success of the begun business.

The nuances begin with the selection of the worms. To purchase immediately, juveniles and cocoons, along with their native substrate only in specialized bermasalah authorised. When choosing is necessary to pay attention to movement and color of hearts it should be juicy red and the species live and lively, tending to avoid direct light (Californians don’t really like light). Quality livestock shall be a minimum of fifteen hundred individuals. 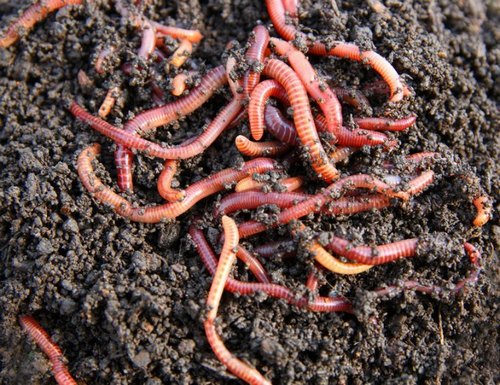 Preparation of substrate and food

The next step is to prepare the own compost which the worms will need to gradually accustom. As you know, one of their biological features is addictive to a certain type of food and the difficulty, if not impossibility in the future to adjust to the other. In this respect, they are not very far removed from their ancestors-cousins, so to accustom them to the new food should be gradual and preferably from birth.

The basis for compost is manure, aged from 3 to 6 months. To get it in the garden or the city the private sector may be problematic, but if you ask for, this problem can be solved, the more suitable any droppings goats, rabbits, pigs, chickens, cattle. The difference between the types only in term of exposure, for example, for the fermentation rabbit and goat manure have less time for pork and chicken – more. To improve the quality of raw materials you can (and should) add crushed egg shells, food scraps, leaves fruit and vegetable crops, weeds are also allowed to contribute up to 20 kg. lime-peat mixture per 1 ton of the cooking substrate. Future compost, be sure to moisturize, but in any case, do not use chlorinated water: chlorine for worms is poison. You must use either rain water or chlorinated settled for two or three days (during which time the chlorine will be gone, and water can be used). The frequency of moisture – every two to four weeks, the level – up to 60%. Some people recommend to use to moisten the compost do not water, even pooled, and EM-preparations (for example, Baikal EM-1), which, in their opinion, accelerate the decomposition of organic residues and of themselves highly attractive to worms.

The maximum acceptable “age” of manure – two years: after this period, it sharply reduces the number of necessary and useful substances for worms, and it is permissible to use only as an additive when fermenting of the remaining organics. In addition, experienced cervetti not recommended to use fresh manure: first, when it burns out, the temperature rises to 70-80, and the worm dies, and secondly, it contains a large amount of ammonia and chlorides (as we have already mentioned, chlorine and chloride compounds destructive to worms).

In addition to manure, to compost are also used grass, weed the weeds, and leaf litter serve as the food of various organic wastes, such as:

Some sources add to this list, straw, chips, sawdust, and a well-dented, crushed and moistened cardboard and paper. The technology of creating piles is very simple: it all comes together and periodically moistened for at least three months. Periodically it is desirable to stir, but so as not to cause harm to Californians.

After three to six – month period, you can check the readiness of the obtained compost. Here’s how: choose about a dozen worms, put them on moist surface and observe the behavior. If after a few minutes they crawl into the substrate, then it is ready; if the individuals lie on the surface and raise their heads, so he still needs work. 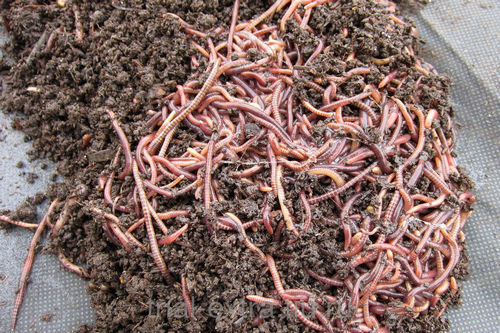 In its manufacture also have to adhere to certain requirements – for example:

Where and how to settle Californians

The third stage consists in preparing the containers.

In this capacity, most often used:

In any of these capacities, you can put a bit of substrate (enough thickness to 40-50 cm) with the new food, to lay a small layer of straw, hay or leaf litter and begin the settlement of worms. We recommend that you first settle in a sample of fifty or a hundred individuals to observe them. If they are alive, the compost is suitable; if at least 5-10 worms are killed, in the substrate increased the acidity or alkalinity. The acidity can be adjusted by the addition of a small amount of limestone or chalk, alkalinity – straw, sawdust or leaves.

The optimum performance, which should be followed when grown Californians are the following:

You can also use two containers of different sizes. In the smaller, with a perforated bottom (to be drained of excess moisture), fit the finished compost, it runs worms, and then it is placed in containers of larger volume. On top of this design usually covered with a dense cloth. Moisture passing through the substrate and accumulates in the large capacity tray can be used for watering flowers and plants, because it, washing away some of the humus of the smaller packaging is very high quality fertilizer. 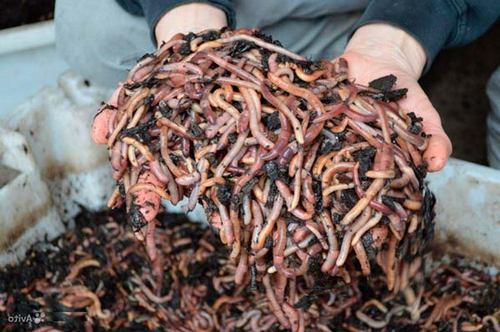 Some features of breeding

The cultivation of Californians is best to start in the warm season, because at +6, they cease to eat, and at +4 clear the digestive tract and fall into suspended animation. In the finished, laid the compost is populated by 1-3 families per 1 square meter, and in a couple of months to begin to choose multiply worms according to this scheme: they are not fed for two or three days, then on the top of the container for one day put the small – just a 7-10 cm layer of fresh compost, which is then removed. So repeated several times. When at the bottom, the already processed substrate are only cocoons, juveniles and a slight (no more than 5%) the percentage of adult individuals, selected worms move to new boxes, clamps or other containers or used for implementation. 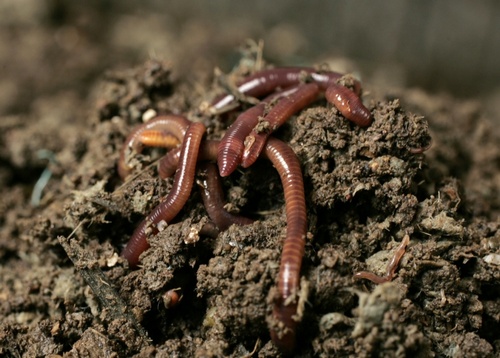 How to prepare worms for the winter

Before the onset of cold weather capacity of worms needs to be brought into a warm room or properly insulated. If the worms are contained in piles, on top of them need to lay a layer of fresh compost or manure fermented with a thickness of 25-40 cm, the top forty – pyatidesyatimetrovy layer of hay or straw and moisten with warm non-chlorinated water. On top of the heap can be covered with black tape. These layers will serve as both a thermal insulator and the food that the worms will begin to feed in early spring after waking from hibernation, and even possible (but optional) freezing of the top layer of about 10 cm will be fatal for them. In addition, a significant portion of the compost will be recycled into vermicompost, so that by the time of the garden work you have to be ready a good fertilizer. Many of such clamps as a makeshift boxes not intended for transferring in a warm room, no bottom because, according to experienced cervetti, if worms are not satisfied with something, they bury deeper, but will definitely be back, since the rim is their native breeding ground.

Some cervetti, based on my own experience, argue that a heater can serve not only manure, hay or straw, but even the foam with mineral wool. 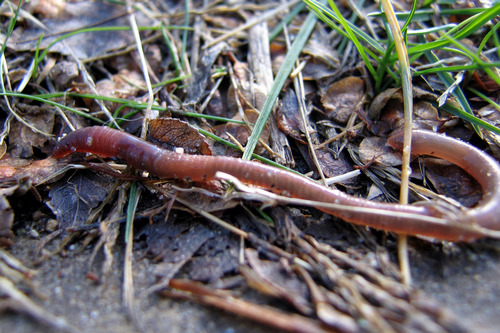 The scope of the Californian worms are unusually wide. They are used not only in fishing (and, according to experts, they enter live much longer than ordinary earthworms), but also personal and farm agriculture as a feed additive in the diet of fish, farm animals and birds. However, there are two important nuances: first, the proportion of this additive should not be more than 3-5% to the basic ration; second, the worms need to be cleaned. That is, before it is added to someone’s diet, they need to be washed for five days to survive without compost to the intestines cleansed. In addition, worms are bred like insects, processing organic material into high-quality, organic fertilizer with prolonged action, which contains many useful for the soil elements. In those regions where there are unfavourable for crop soil (clayey soil, etc.), such a fertilizer is a real boon, especially as the term “cooking” worms usually no more than three to four months, and for a more fertile land it is not superfluous.

In addition, worms use in crop production – as in the home or greenhouse is to feed and feed mills. And if they use for fishing that no challenge will not be about the outcome of their application in agriculture the following is known. According to Dr. Thomas Barrett (1884 – 1975) who first started breeding Californian worms, thanks to redesigned their vermicompost he could grow on his farm carrots weighing nearly three pounds, and turnips weighing three and a half, and from one hectare to more than 80 tons of onions and more than 100 tonnes of potatoes. Also significantly increased the grain yield. It’s hard to say whether it is true or not, but you can always try to repeat those achievements, right? From an environmental point of view the earthworms seems interesting and very promising alternative to the currently existing technologies of recycling of many organic wastes and is able to significantly improve the quality even maloletni or even unsuitable to agriculture land.