DO THE PHASES OF THE MOON ON NIBBLE FISH?

Many have noticed that the opinions of anglers on this issue diverge greatly, and sometimes just the opposite. Some believe that the moon phase does not affect the bite, while others cited as evidence of years of observations confirming the fact of the influence of the moon on the activity of fish. But if you accept that influence, then again the question arises: “But how?” The same lunar phase different anglers are treated differently. Let’s try to understand this is not a simple question.

First, what is considered, for example, the full moon? Many people think that this is the period when the horizon is visible lighted side of the moon rounded or roughly the area of the form. But it is a phenomenon we have observed over the 7 days!

This period should be divided into 3 parts:

To determine by eye which of the 3 visible phases of the full moon we are, difficult. For accurate determination it is sufficient to use the calendar, or web widget, and then you can learn not only the date but the exact time of onset of the full moon.

And fish matters: predpolojenie now or postanawia. The situation is similar in new moon, only with the difference that the difference in activity of the fish expressed more stronger. If, for example, in pregnenolonemost species of fishare usually drastically lose activity, and even lack of bitein postovalova often observed increase in activity, and sometimes the real Jordan. But many combine these different periods in one! This is one of the reasons for differences of opinion regarding biting fish in these “stressful” for fish days like full moon and new moon.

Another cause of discrepancies is the influence of the weather, which is different.

WHAT MOST AFFECTS THE MOON OR THE WEATHER?

Often, the dispute arises: what is more effect on a biting fish: the moon phase or weather? And here opinions diverge. Everyone can find enough arguments to prove his version. And the Moon, and the weather equally can significantly affect the bite. A sharp change in the weather reduces the likelihood of biting, despite the “correct” phase of the moon, pushes the beginning of the onset of the period of active biting, due to the lunar cycle. Good, according to fish, weather may reduce the backlavaassociated with the phase of the moon. And the approach of the “bad” moon phase reduces the activity of the fish, despite the seemingly cool, weather. Therefore, a complex interaction of influences of the phases of the moon and the weather on the biting fish give rise to some confusion in the assessment of the degree of influence of these two powerful factors. 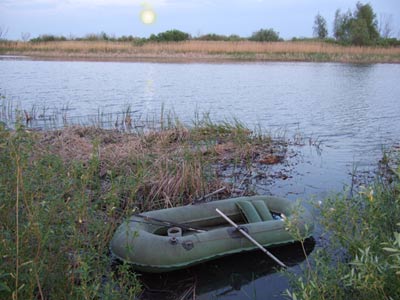 Fish of course is not interested in astronomy. But clearly follows his instincts. What happens with this Moon during the month that the fish react in this way? With the Mooncould be nothing, but the gravitational field changes. Revolving around the Earth, the Moon twice during his lunar month is on the line (more precisely in the same plane, but we omit these details) that passes through the centers of the Earth and the Sun. The only difference is that in new moon the Moon is between the Earth and the Sun, and the moon is full the earth is between the Moon and the Sun.

You ask: “so what’s the big deal?” But the fact that the gravitational field of the Earth — Moon and Earth — Sun interact in such a way that deformation of the Earth’s surface during these periods increases. This is because the gravitational forces of the moon and the Sun are summed up in the new moonand full moon the Earth, being strictly between two objects, as it is stretched in different directions. The consequence is an increase in the amplitude of the tides and ebbs of the sea. On the mainland visually define this phenomenon impossible. But modern technology is fairly accurately shows that land is also raised and lowered, and a substantial magnitude: 30-40 cm! The amplitude of these oscillations, as well as in the seas, increases in the full moon and the new moon.

“And where does the fish?” — you will ask. Let’s figure it out. During high tide the sea when flooding the shallow coastal waters, fish rushes to the shore in order to produce their own food. And during low tide ceases to eat quickly and leave shallow water in order not to become food for animals. And in the full moon and the new moon isthe amplitude and reducing the water level increases significantly. The tide becomes more swift. The risk for fish is increasing greatly. Natural selection has done its job. Up to the present day came the descendants of the cautious species of fishthat are considered dangerous days corresponding full moon and new moon.

But is it really rare cases of sudden change of water level in inland water bodies. On rivers with hydraulic structures, something like this ebb and flow happens. And the fish areaccustomed to a certain cycle of fluctuating water levels, responds, as well as in the sea, according to your instincts: when rise of water level activity of its increases and reduction decreases. This is especially noticeable in the coastal zone. But when fish are accustomed to cyclic fluctuations. For unregulated water bodies sudden changes in water level (either the ascent or descent) to introduce fish in a very passive state, it ceases to feed and care first and foremost about their safety.