Mixed opinions expressed about the amendments to the law on Amateur fishing.

This was written in the article of Mikhail Semin, published on the resource page “Hunters.ru” June 18, 2018.

The author is not vain fears of repressive measures on the part of our state in relation to ordinary anglers. And technology such measures appear quite noticeable.

The first is the stuffing, then there is a discussion of the promise not to take unpopular measures, and then with reference to the objective circumstances and the changed situation is accepted by the most stringent draconian law. 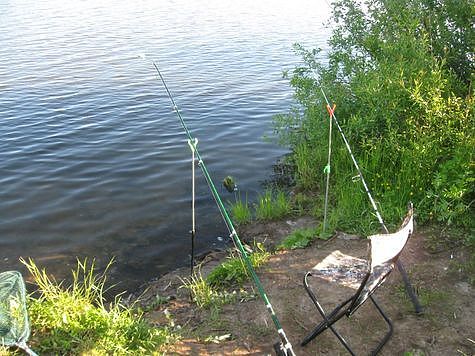 And here we can draw an analogy with the law on raising the retirement age, which is likely to have come into force from next year.

However, when you consider what money to survive our seniors, the impending retirement does not seem so desirable. It is rather painful method of suicide.

Our state offers somehow in difficult times tighten their belts and live on the edge of poverty most poor and vulnerable, it is the elderly and the public sector from education and culture. Tips to tighten the belt somehow do not apply to members and officials.

But back to the fishing. Initially it will be about things relative to neutral and only then – the main thing, in my opinion, the threat to the common angler the Amateur.

So, some of the amendments. Judging by the rather contradictory and rather inconsistent information, fishing ponds for General use is free.

Probably some regions will have their own local changes, as is the timing of the spawning of the ban. As for pay-fishing, then, as before, fishing for money to be produced in private ponds.

And, judging by some excerpts from the project to catch will be free and on the former paysite, but by agreement with the tenant of the reservoir. Bullshit…

Since then they say that will charge an extra fee for fishing “recreational fishing industry”, that is, as I understand it, in the same cultural waters stocked.

In addition, apparently, the tenant will have to renegotiate their contract. In short, as usual, until everything is interpreted contradictory and, if the amendments are adopted in this form, it again creates a wide field for corruption.

Patents or the nominal resolution, as I understand, will be issued for catch of especially valuable fish species. Is: chum salmon, pink salmon, coho or sockeye salmon.

Except for payment of registration fee of the patent, which, apparently, will be 200 rubles, will have to pay for each such fish, which may result in 35 to 47 rubles per individual.

Name resolution can get the fishermen and fishing nets. The amount of the registration fee is the same 200 rubles. Something very suspicious sparing amounts and humane, I can not believe or do not understand the essence…

About “right of fishing” for 1-5 thousand rubles referred to in article Mikhail Semin, found nothing. Probably refers to the analog of a fishing ticket, which in Soviet times had almost every angler. Maybe I just haven’t found the right information.

But, if you remember, then, the Soviet Union, amount of dues fishing tickets did go on the reproduction of livestock and fish care pond.

Moreover, in every factory and in large organizations, the unions bailed out for fishing trips. Organized community work days on cleaning of reservoirs.

If returned to such a system, I would not mind to pay a thousand a year, so fishing conditions were fair, and would not have to hide from the inspectors, “knocks” on the bottle.

As for name resolution on fishing nets, I even welcome, especially if it’s not a fairy tale and it is worth the resolution is 200 rubles.

But it is rather. stamp duty or a single trip, and then, as always, will start: “Yes, you got it wrong…”.

Why I agree with the permit for net fishing? Say.

I used nets, and the fish are not transferred, until Elektrotechniki and not to block the flowing river horizontal turbines of the Volga hydroelectric cascade.

Until it began to pour almost openly poslaniye of water with barges and ships that dump waste into rivers.

Almost every year the fish hammered the city in small rivers Yurinskiy district from dirty effluents of industries located upstream. And this is just one example.

I personally do not need a patent for a fishing net, but I pity the local residents who smallwe are poachers living on the river and catching a network of fish for food.

They are invited to sit on the river with a fishing rod during haymaking or other urgent agricultural work or in the store to buy capelin.

Yes, all the polls taken with nets in the flooded area of the Cheboksary HPP, the polls being violators of the laws. Most likely, they will not and patent buy. But at least the opportunity to catch legitimately on food network my family.

Coming to fishing in those places, see how the locals live, mostly without formal work.

However, and here are his parochial pitfalls. Take Finland and Sweden.

There for the angler fishing with nets is a common and almost our Russian Finn from “Features of national fishing” Ville Haapasalo since childhood, never knew the bait. But the people there love their land and cherish nature, his mother.

They won’t block the kms of network of the mouth of spawning rivers that we have done on legal grounds crews, licensed, and are now able to make and anglers with a personalized resolution. There is such a risk.

But, I think, the main danger for the fisherman-the fan is that we have a law that pole, which turned, and came back…

If not so long ago was referred to in the provisions on paid fishing that the proportion of cultivated and leased pay-for ponds of the region should not represent more than 10 %, now this may change in favor of the tenants of water, which will deprive the fishermen of their fishing places.

The government has prepared draft amendments to this document and the law On aquaculture, which will allow you to select the location for the commercial fishing, not limited to a plot of 10% of the total water area of the region. This is the current version of the law adopted in first reading on 10 December last year.”

See how things are done: like a gentle amendment, well, introduce patents, registered permission to catch red fish, well, the fishing will return a ticket with a right choice. And amendments between the lines, dragged the most important law for traders – without any restrictions to take away from fishermen’s favorite lakes and ponds, which were created by nature or locals.

How it’s done, I can tell you the example of one pond. Initially, this pond belonged to the Council of Ministers of our Republic, then still Autonomous. But the fish the locals could.

Just here in the cottages rested Ministers and their families, and fished Ministers, together with the village men, well, probably at a designated area. Then, perestroika and the bandit by the time the pond was first drawn, and then went to the waters of the local Union of hunters and fishermen. And it was guarded only from the new electrotechnical.

And then the fate of the pond came together. With the first new trends and the influence of law on paid fishing pond rented and made it a trout farm. Meanwhile, this pond was a favorite place of many urban anglers and carpatica, the locals caught myself on the ear and zhareha clean fish that came into the pond from the forest river, the same which formed this pond when the river was blocked by the dam.

The current owners have done nothing for education of the pond, just took away and withdrew it from use by local residents and urban anglers. Not digging the pond, didn’t build the dam, but just bought, using draconian laws hucksters.

And it may now threaten many water bodies of our country, if they lifted restrictions on those notorious 10% of the total number of paid reservoirs in each region.

Knowing the rapacity of our merchants and oligarchs, you can imagine what they’re going to turn our clean forest lake and village ponds.

We’re not Finland and Sweden.