Here’s a look at some of the differences in habits of Northern and Southern smallmouth and the techniques required to catch each fish.

The spread of bass tournaments into Northern waters has exposed more anglers to smallmouth bass on both sides of the Mason-Dixon Line. Throughout the years tournament competitors from the North and South have noticed differences in the habits of Northern and Southern smallmouth. They also have discovered techniques for catching bronze backs differ from the North to the South. 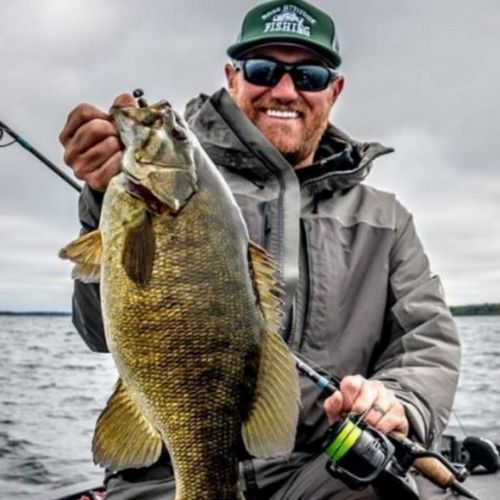 Northern lakes usually contain larger populations of smallmouth with numerous fish in the 3- to 5-pound range. Smallmouth congregate in schools more since the Northern waters usually have large populations of brownies.

On certain bodies of water in the North smallmouth are usually pretty shallow in the grass, while on other bodies of water they are very deep. Northern smallmouth relate to grass that grows through the cracks of shale rocks on waters such as Lake Ontario, Champlain and Thousand Islands.
Yankee smallmouth live shallower all year and can be caught less than 20 feet deep even during tournaments in August and September. Smallmouth in the North also relate more to the bottom because they feed heavily on crawfish and gobies.

Northern smallmouth tend to bite better on days when the sun is higher and bluer, but are tougher to catch on cloudy days.

How To Catch Southern Smallmouth Bass 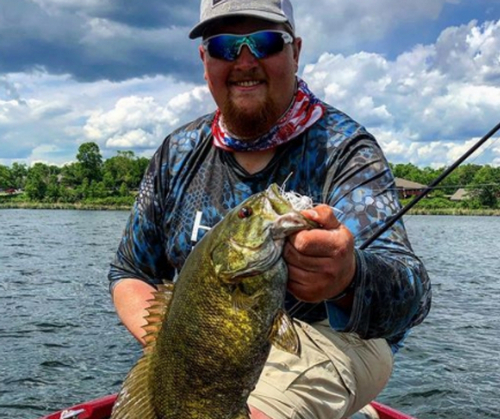 Southern smallmouth in reservoirs relates more to water flow so you have to fish in current to catch numbers of smallmouth. Brown bass in the South also prefer living around cobble rock banks and break lines where they suspend and forage on threadfin shad.

Smallmouth populations on Southern waters usually contain quality rather than quantity. You have the chance of catching a 6- or 7-pound smallmouth on Southern reservoirs such as Pickwick, Dale Hollow or Percy Priest.
Brown bass in the South are more dependent on the weather and the amount of current running through a reservoir. If current is running and the weather is cloudy and windy, Southern smallmouth will be biting.