Closer to the weekend, after a good minus 15 degrees Celsius, there was an unexpected thaw. I thought sin not to take advantage of the scrapping of the weather, and went once again to experience the fisherman’s fate. I called a friend and we decided to go fishing on the Volga. I was hoping to fish on the iron, but just in case took with him and fishing with bloodworms. 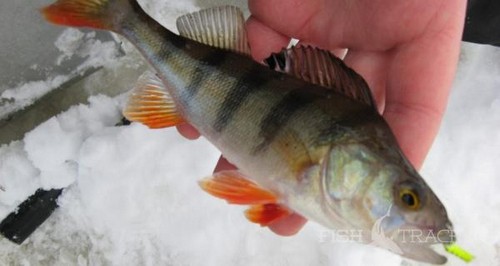 About 7:30 we went out on the ice and wet snow went to look for catchability point. Under a layer of snow here and there appeared water. Moving with caution. Quickly found a stall and sat down to fish on rockers and ratline. For in point was present, depth was around six meters. Gradually the ice began to fill the fishermen, creating “markets”. 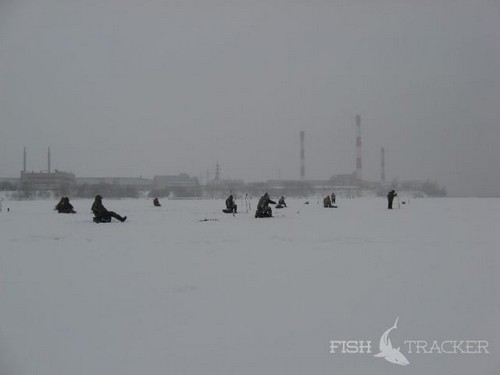 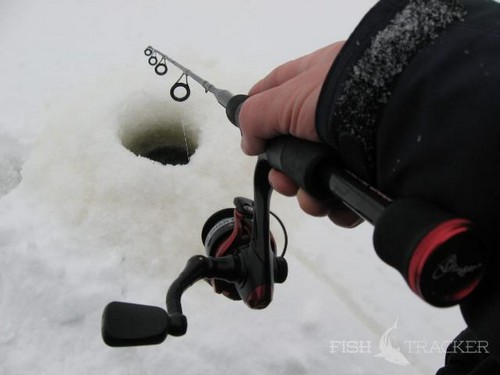 Closer to 10 am, it became clear that the fish is on strike and only caught on sprat and single. We decided to change tactics and went closer to shore to try to provoke a passive fish on bloodworms. The rest of the fishing we spent a few drilled holes, so as to conduct an active search of fish was pointless. Fish under the ice was a lot, but the bait she reacted very reluctantly. Rare whales we were brought out of the water. Pecking perch on slow play jigs with a planting bloodworms. 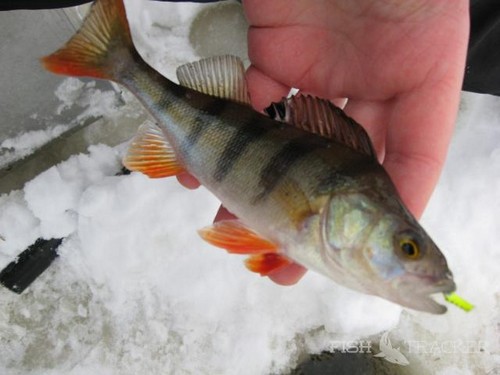 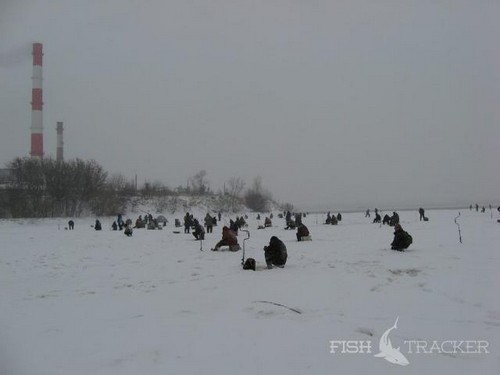 At about 11:00 it started to rain alternating with snow. The whole mass, when cooled, became to cover with a crust of ice clothing and fishing supplies and eventually forced us to leave the pond. I was wearing a membrane suit, and I catch even in this weather was very comfortable. But at home waiting for things, and eventually had to leave. At 13:00, Packed my gear and headed to the Parking lot on the beach. 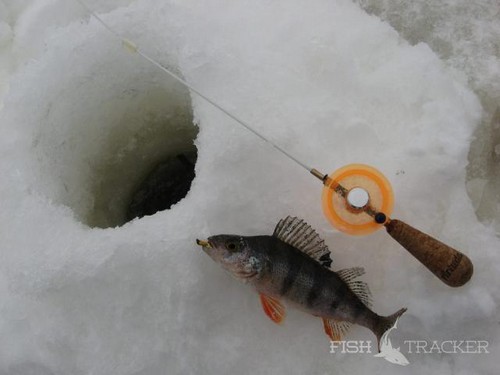 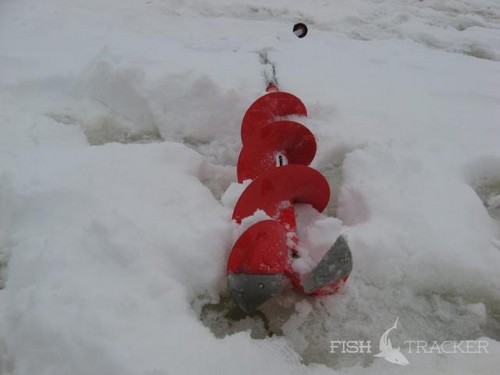 By this time, began to leave the ice and warm tea to get warm the remaining fishermen. The road back to home was going to be difficult. Ice crusted the road, and I had to go at a speed of 40 km/h. 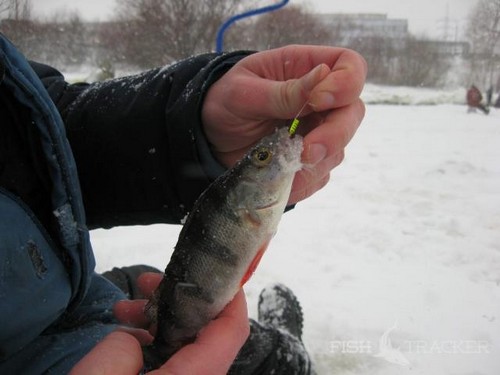 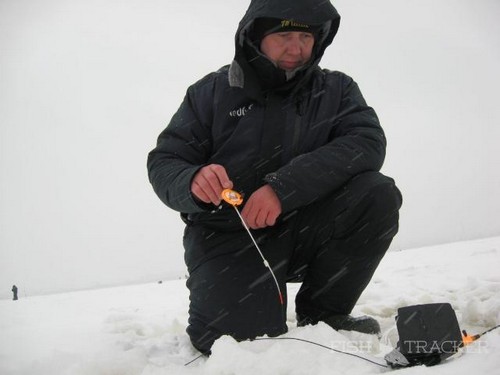 Another winter fishing has made it clear that the fish is there, and it will not go away. Here are just a Feb no wonder people call the month of gluhozime… see you on hard water. No tail, nor scales! 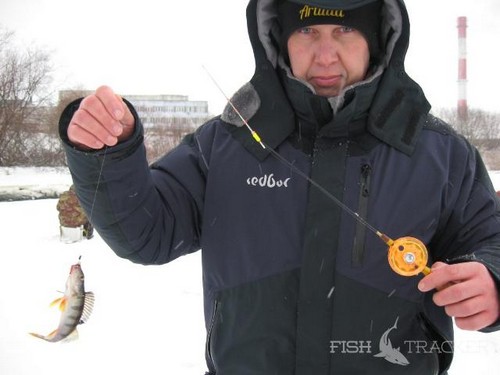 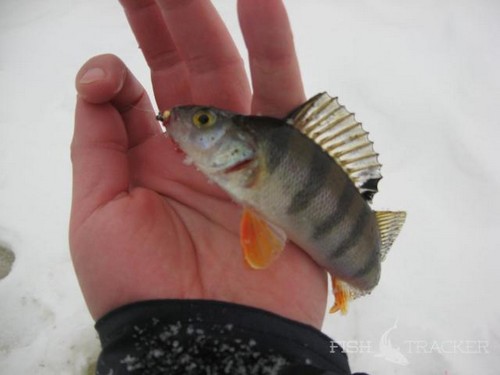 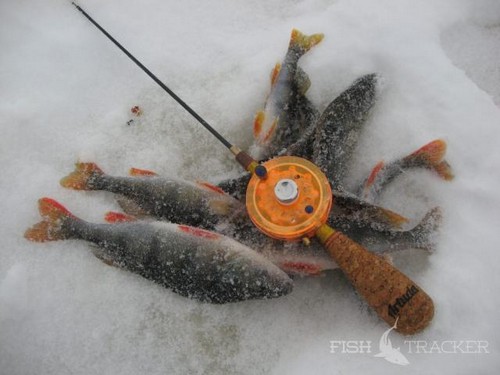 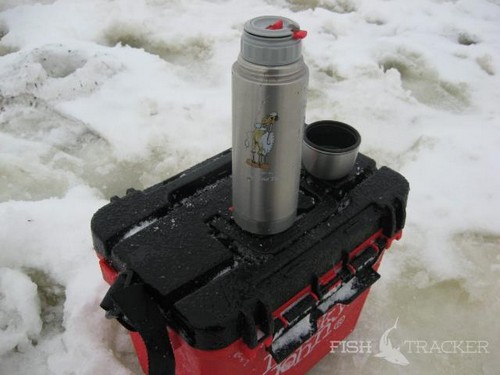 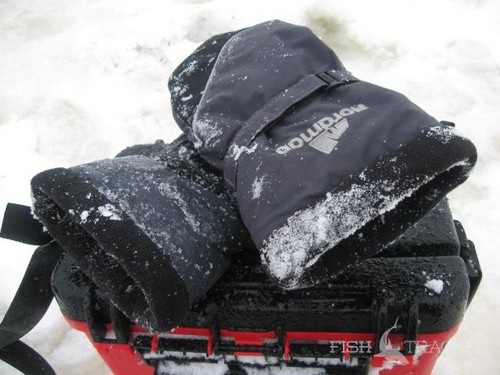 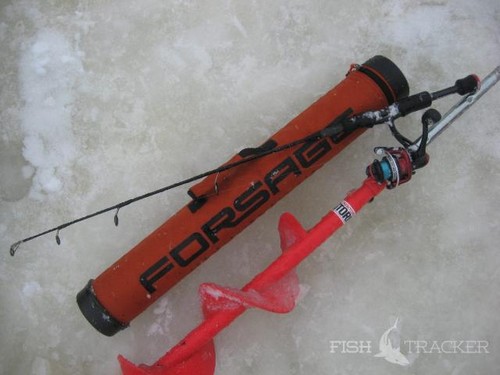