It is better to refuse from the use of various cereals and steamed grains cold water fish have much slower digestion. So, quickly satiated by large particles of bait, it soon again will start to eat, and hence being taken for a ride. 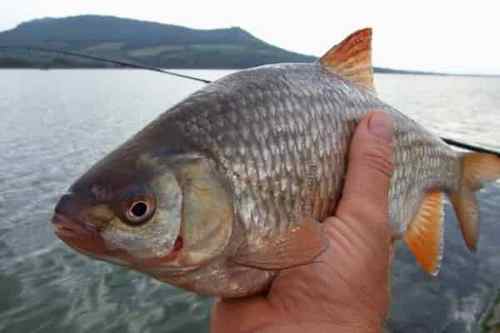 Bait must be made from finely ground components, which are not saturating fish would bring her to the place of fishing, only its scent. In this sense, well-proven so-called sport bait, but in the fall it should not be so rich set of its constituent parts, as if the capricious fly fishing summer fish.

For fishing in cold clear water bait should no longer be composed of components with sharp or spicy smell that warm water created a cooling effect. Usually the autumn mixture includes wheat breadcrumbs (60%), oatmeal (20%), milk powder (5%), bran (15%), sometimes you need to add some cocoa powder and 1-2 drops of anise oil. Prepared from dry mixtures of the same composition for the autumn fishing of roach and other cyprinid fish are good domestic mixture, adapted to the waters of the middle band. In the dry mixture in the reservoir is added in small portions to the water until the bait starts to shape in a fairly loose, easily crumbled ball. After a few balls, throw them to the float, trying as closely as possible to concentrate in one place.

Usually biting roach begins within half an hour and gradually its intensity increases. If over time the biting will subside, but in this case, you should throw in the water the next portion of bait.

At languid biting fish can be provoked into a more active and frequent bites. Do it, slowly, stopping moving the tackle for bait — the fish sees the bad in great depth, but perfectly captures the side line of any displacement, do fish have highly developed sense of smell. When fishing in streams it is necessary to gently hold and release tackle, then the baited hook will then rise up, then sink to the bottom, creating the effect of escape of food, which reflexively causes the fish to “hurry up”. 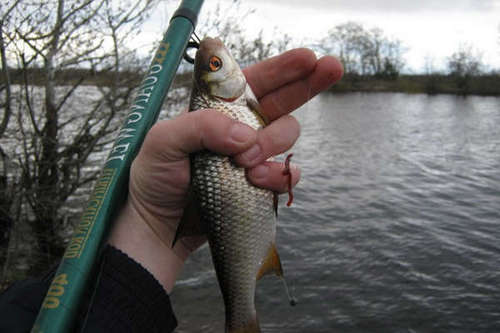 In the summer roach is well caught on all sorts of cereal, dough, steamed grain, greens-filaria in the fall, especially before freeze-up, she prefers bloodworms. Biting can be improved and put me on the hook for 1-2 moths larvae burdock moth. But in warm fine days when the sun shines, roach sometimes starts to bite well, for example, semolina “talker” or white bread-“prijemce”, will not give up the barley.

Extremely interesting is fishing for roach on small and medium rivers in those few fine days of the pre-winter, which sometimes happens before the freeze-up. At that time masses of large and medium-sized roach, perch, chubs, Dace and roaches come to the edge drooping coastal algae and begin to actively feed on the larvae of dragonflies, stoneflies and other aquatic wildlife, which is devoid of shelters and in large quantity washed to clean water increased after autumn rains flow.

There is no bait is not needed — it only affects the fish. More important to “calculate” catchability place. This is usually the edge of the grass when adjacent to a steep drop off in depth, as well as places on the border of suwadi and a direct jet, border-cutting currents beyond the Cape, the beginning of calm Plyos immediately after the rolling. And catch have not only close to the bottom. Often, especially in the coastal border of seaweed, the fish are best biting in half-waters or above, so during the day and depending on weather conditions constantly have to choose “work” the descent on the snap. At this time, saying: “skillful on the hook for roach, inept — grass” could not be better justified.

Where can I take the bait? She immediately underfoot. Enough to dip their hands into the water, grab a small amount of algae and quickly put on the Bank and then collect in a jar all that will be there to move and try to crawl back into the water. Especially a lot of living creatures is in the shoots of Elodea. Large larvae should stick one at a time, stringing as bloodworm, and small — two, three or more. Thanks to small fry angler-poplavochny can extend your fishing season in open water throughout the winter, turning as the formation of ice from the ponds to the river, and then to the mouths of the warm treated wastewater into large bodies of water.