Heeding the advice of the pro anglers, lure manufacturers have designed jigs that you can take right out of the package and catch bass. However, some pros still prefer tinkering with their jigs to improve the lure’s design and hook-setting potential.

The bass pros love tinkering with their lures and a jig is one of their favorites to modify.

All Jigs Are Not The Same 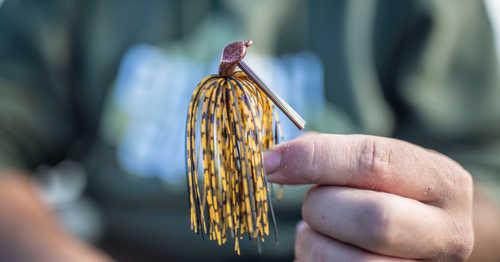 All jigs feature a simple design of a weed guard and hook molded onto a lead head and a rubber skirt attached to the jighead. While some jigs are equipped with better hooks or other components, all of these lures can be improved by tinkering with the three main body parts: the weed guard, skirt and hook.

What’s With The Weedguard?

A jig’s weed guard is designed to make the lure snagless, but the pros made certain alterations so the guard works even better. One of those alterations has now become a standard feature on all Googan Jigs. 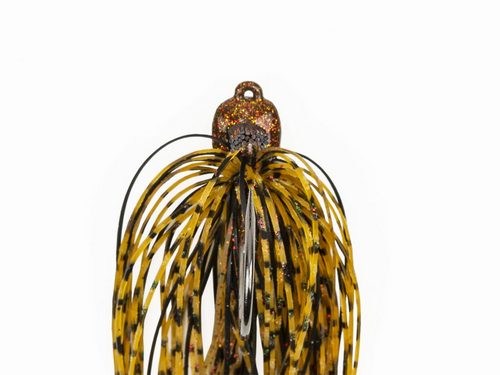 The pros increased their jig’s weedless qualities by flattening the weed guard and spreading its plastic strands into a V-shape. The new Googan Jigs are equipped with a U-shaped weed guard designed to be fanned out for less snags and improved hookups. The hook point sits in the middle of the U, so when you pull the jig through a tree and it rolls over a limb, the weed guard hits the wood and turns the hook point away from the limb to prevent it from snagging in the cover. 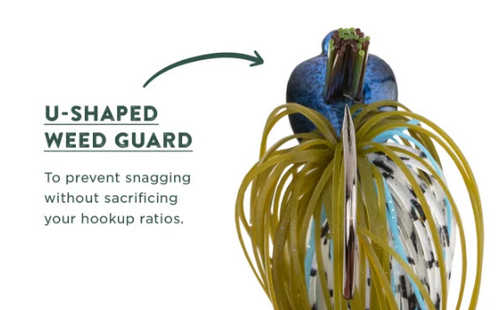 The U-shaped weed guard helps keep the hook in line with the guard. On jigs with straight-line weed guards the hook would sometimes get knocked out of alignment with the weed guard when the lure would bump into hard cover. When that occurred the hook would catch on a piece of cover at the slightest touch. You never have to worry about the hook on the Googan Jig being exposed after banging into cover because it remains encircled by the U-shaped weed guard no matter how hard the jig hits something. 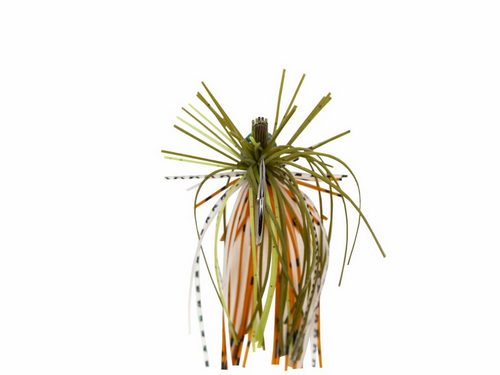 Driving the hook through the clump of plastic bristles of a straight weed guard can lead to missed fish even with a hard hook set. However the U-shaped weed guard has only a couple of bristles in front of the hook, which allows the hook to easily slide through the guard to ensure a solid hookup.

Pay Attention To The Details

In addition to having a slick weed guard design, each Googan Squad jig is hand-tied and comes with a double trailer keeper.