Wide and vast our country is, but sometimes is so trampled that it seems the size as the village. Leningrad region, Moscow and probably all large cities isogeny along and across the closer, the stronger. And now strong wind on big water talkan us on the closed wall of the forest lakes and rivers. Where to go in the day, so as not to jostle with competitors in the hobby is not a simple task…

And here, a small river, with strong pressure from anglers as well as unscrupulous miners, lies at our feet. The water is greatly decreased, the channel often goes into streams and only some omucki keep a supply of water. No calable, no rubber – just cranks! Today we catch the whole card colors, to make it clear that all the colors of Wobbler JSPIN “SMELT” in the size of 40 mm.

Hunter begins his journey. Judging by the traces, the last Fisher that went before us, was held here yesterday. Indefiniately still a few traces of pig and what is dog/Fox/wolf… not particularly scary, but every crunch on the sides is now perceived with suspicion. 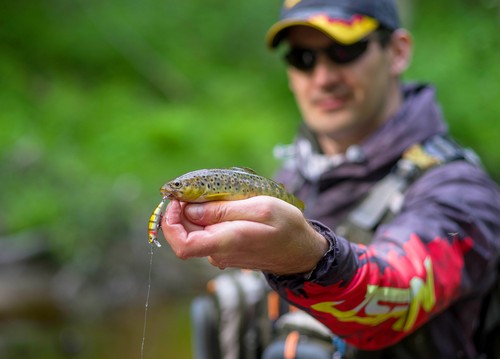 The first casts to stretch my new whip from Maximus’and brings a small forelka, rather nedorost – she falls at his feet. This spinning is certainly not straight out of the box, I caught the competition Trophy Trout. In the competition the size of the fish was 500+ and there are often come across individuals and is less than 100g and now is a good opportunity to check on the stick knits small fish (as I said in first out). 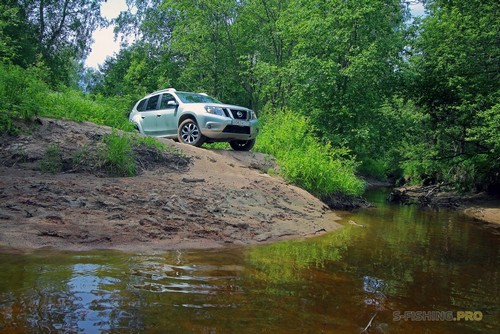 Gently begin to pass, moving upstream, like the sighting does not suffer, lure weighs 2.5 grams flies where necessary. I try to get on top of the pit, white in autoc or in the jet, engulfing the shore, the transaction goes accordingly with the current or at a slight angle. the transaction speed is adjustable depending on the strength of the flow, trying my lures maximum slowly, but played, not just pushed as a stick or a dead fish. This tactic brings, sometimes several exits with one of the pit. When the fish misses, I start to slow down the bait, making a few little shakes it, as if podsvechivaya, Wobbler while slowly sinking hovering in one place and is in 1 of 3 cases lead to the repeated attack of fish. 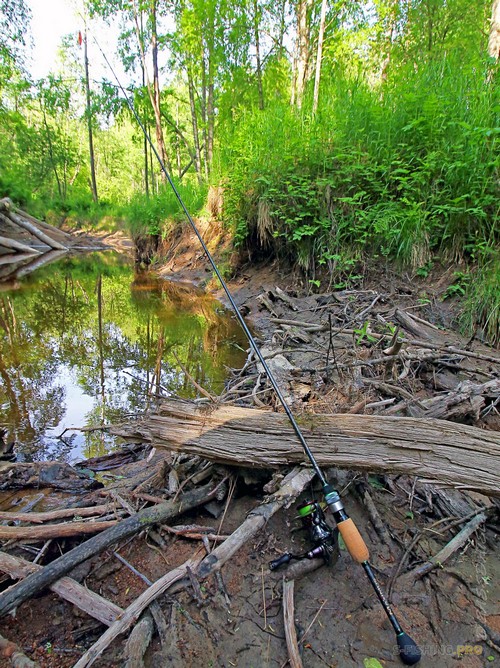 Spending about 4 hours fishing and pimav fish on all colors, we begin our movement back. Naturally, where we were just bites, but in the places where we were over two hours ago happen again bite, now when casting downstream. There is a strategy posting either threw out or broach with slow downs and wobbles, so the SMELT have played it on the jet.

Looks like a good day for us and the mosquitoes (we forgot the repellent), and trout – all fish released into the wild. Though the size of the booty was not great, but joy to bring to UltraLite and thin cord even small fish, was the sea. Clivemont stick stuff, on the standard level – the smaller the fish, the more gatherings, but the tees, though beardless but incline the Cup in favor of the angler. Zapressovannom anglers pond kriticheskoe played a role in the number of bites, but sygrala the size of the fish. Wobbler SMELT worked as always to cheer. Sunny day, clean, slightly brownish water – all colors were caught fish.