This time went to the village pond drive perch on “the bypass leash”.

Fishing started with a serious conversation with lovers of fishing ground tackle. For some reason this season “fidelity” began to throw their gear along the shore, a trend that almost every pond. I made a pass and on the first wiring caught the tackle of the fisherman. Who taught them to fish, taking the whole Bank? Boiling.

The benefit of fishermen were reasonable guys and I parasecoli their gear perpendicular to the shore, I happily continued fishing in his favorite spot.

On the first cast bass immediately responded to my bait, presenting me with a saucy bite. 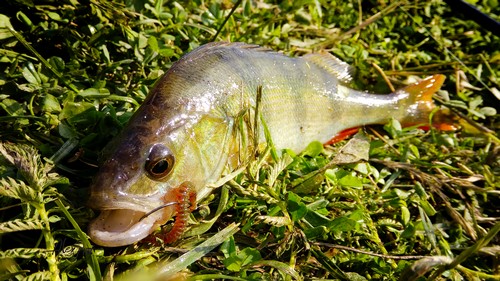 And inherits the casts perch missed my bait, caught one after another. “Well, it’s not interesting” I thought and decided to change bait to those who previously could not raslovici at all. Even with bad bait (my personal opinion), the perch is well spoken, then I decided to complicate the task, changing the bypass leash snap on the jig. The fish are biting! 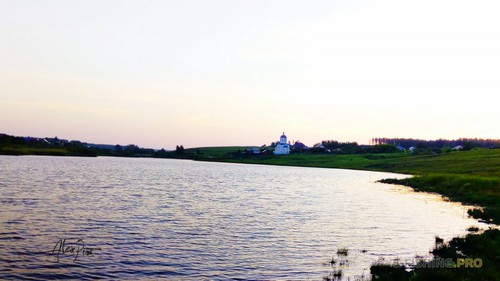 In the midst of an experiment on my fishing, it’s a herd of cows for a glass of water accompanied by a huge bull, in order to avoid trouble for me and colleagues “fidelistas” had to retire.

Decided to go further along the coast to look for perch. On the turntable perch did not respond, with the result that I had to go back to the snap-in outlet leash with “working” twittercom. Bites happen, but not on every cast.

Cows by this time left of the watering hole, taking off the side of the house.

The sun was approaching the horizon, I returned to the place where he was an active perch bite. Finally we decided to fish those baits, which are well caught in the past year.

I admit, not all silicone lure pecking perch this evening, “slugs” did not work (surprisingly), “minions” worked not at full strength, but the bait with the active element of “twisters” and “vibrohvosta” collected all active groupers on almost every transaction.

Bass caught about five dozen, maybe more, there were those who came again, (as all fish were released back into the pond) was talking about the presence of tears the mouth of the caught specimens.

As soon as the sun came over the horizon the bite of the perch came to an abrupt halt. Leave a spinning reel, fishing, made up and went home.

Such fish activity I was expecting, according to folk belief at the time of flowering of wild rose perch are very active.

Had a great time fishing. Rested soul and body, the battery positive and health loaded on 100%.

18 Comments on “The distribution of perch village”