Has long been going to tell his readers a story that long I remember. She left an indelible mark and bold imprint in my fishing adventures. Events occurred in the upper reaches of the river litza, Kola Peninsula. 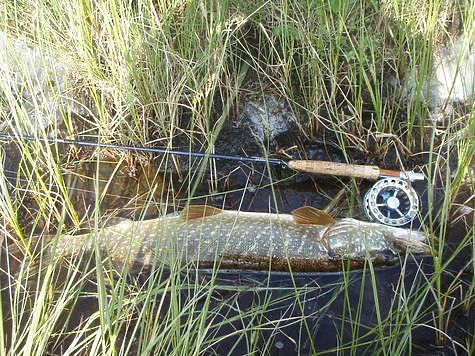 I chose pike place and enjoyed the experiments using different flies. More always drive impressions and pleasure brought fishing with surface flies. This I have devoted most of their time.

Every time the surface of the water boils up from the attacking lure pike, it makes you wince.

Working through the superficial front the next place, I lured out of hiding this monster. Pike was not just big, it was very large. But she was in no hurry to rush to my bait, she lazily floated around behind her as the submarine is preparing to surface.

When I accelerated the wiring, the pike ceased to persecute her. This happened for 2-3 casts with subsequent transactions. On the next cast I decided to do something extraordinary.

During the regular pursuit of my flies, I abruptly stopped the bait. The fish stirred up this sudden turn of events and she krutovskii, created a splash on the surface. 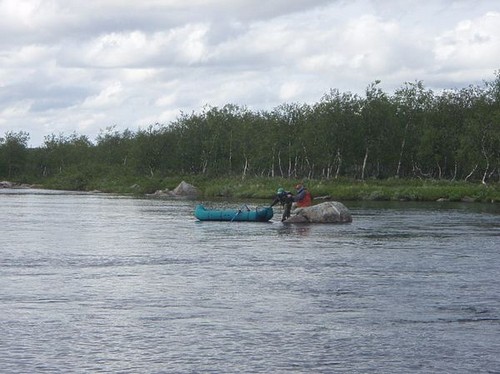 It seemed to me that she grabbed the fly, but the tension of the cord followed. Just in case I made a sharp cutting. And, lo and behold! The fish was on the hook!

Followed by a powerful jerk, and a monster became a meter by meter confidently wind up the cord, and then the backing on my reel. Retiring to the depth and SMATV approximately 70 feet of backing, pike stood there rooted to the spot.

All my attempts to move it to anything didn’t lead. I was in the hands of odnorodnykh 5th grade and a lead of 0.25 mm, not counting the short special magic of the leash before you fly.

With such gear is not particularly poditeli large fish!

After a while the fish began to move itself.

15 minutes later, after much rocking I was able to see on the surface of this monster. It was toothy beauty, weighing about 10 pounds. But the worst thing was that the front sight was sebagala pike behind his back – right in the middle of the fish’s body. 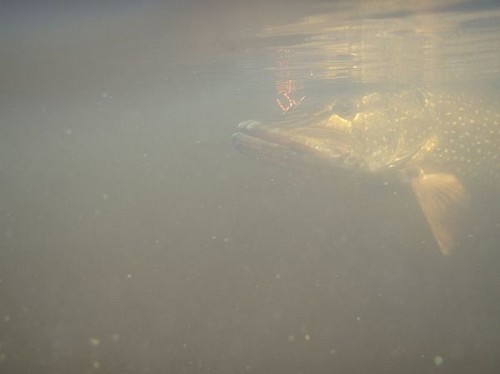 I have no idea how I landed this monster, sabaringo back, with a small net while the racket. Along the shore of the Creek at a depth just above the knee were thickets of water vegetation. I was left with no choice but to try to get this giant into the grass.

A happy outcome of the match

My calculation was that in the absence of visibility, pike allow me to have her head in the net. And then, God willing – another option I have is still not there.

The process of a fight already lasted about 30 minutes. At a constant maximum load thin leash could not withstand. 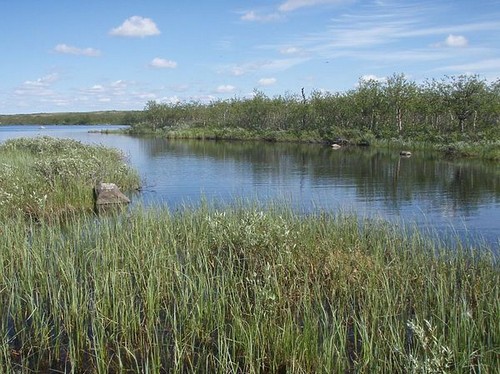 About the third time I managed to throw a net on the head of that monster. And then a lightning-fast motion I cast aside the rod and grabbed the tail of a trophy.

Trying to escape from my hands and from net, fish spattered me from head to toe. Don’t know how, but I managed to keep her in hand.

This desyatiballnoy monster became my largest pike caught on a fly. And the fish and capture this toothy beauty remembered all my life!