After the heat came to Moscow strange weather. A little colder and the sun gives way to rain, the pressure jump, but when you have a fishing falls one Sunday morning, the weather does not have to choose. 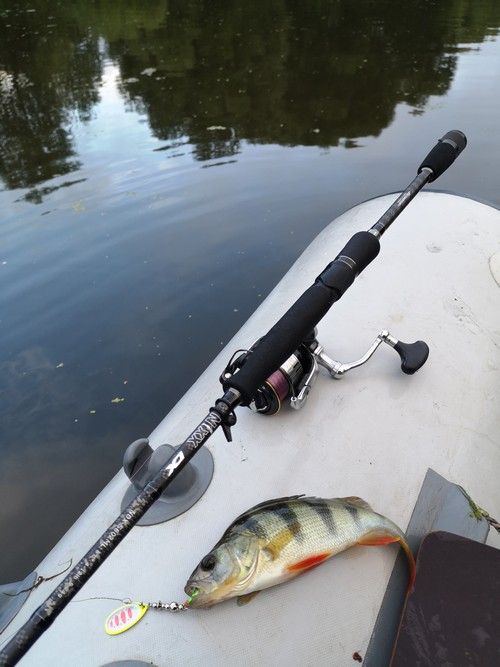 So, the next morning, the lake country. While waiting for a friend, we pumped up the boat and collected a tackle. From gear I have JS Company NIXX DX S802ML, katushika shimano vanquish C3000 and 0.6 inches. But the catch I wanted today on spinners and crankbaits.

As we didn’t want to, but the rain still went and we had some time to catch from under the trees. I laughed, saying, comrade, you and I are sitting in the boat, on the beach, under a tree and catch fish. 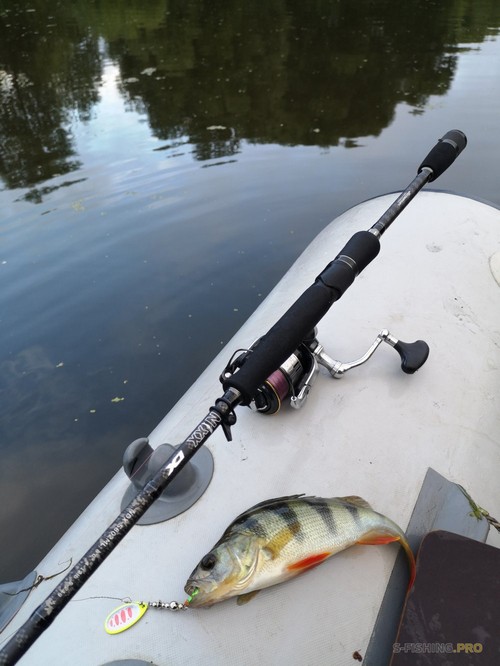 But the fish polivaet, but very small size. 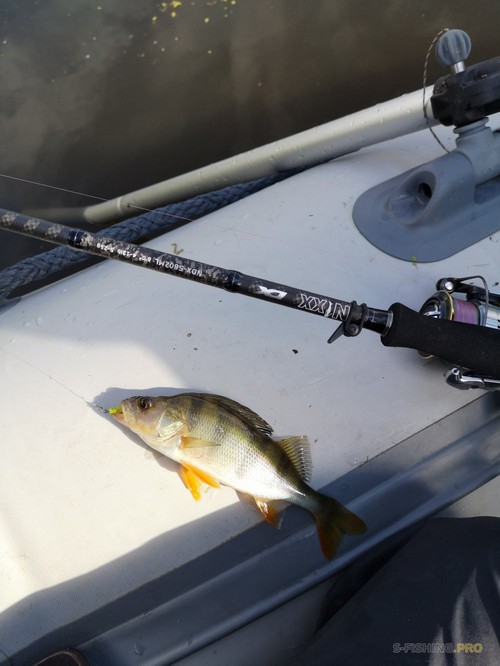 Here the rain stopped, the sun appeared and we took the correct position on the point. Casts, posting and here he is a sailor on the hook, followed by another and so a few perch caught on a spinner. 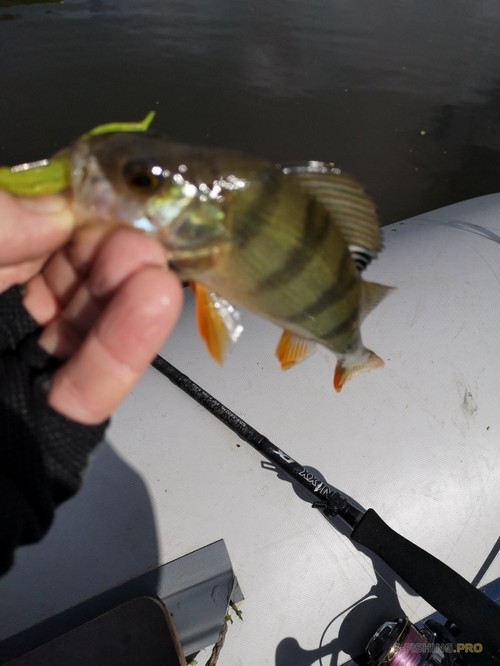 Wobbler unfortunately I was silent and decided to switch to the rubber. 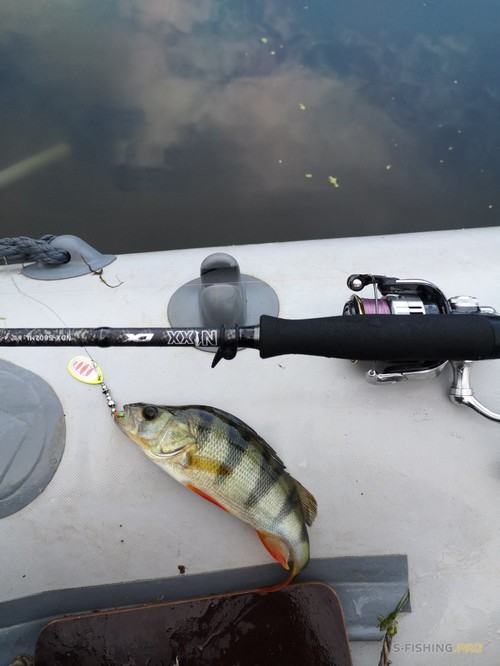 Small vibrohvosta was polewali perch, pike again not pleased me with his bites.

As the saying goes, you always have time to turn fishing. Went in and got in the car, as again livanulo.

Fishing the next morning passed, and it gave some insights.