Sitting on a small patch on the ice of a frozen Bay of the peasants, a man ten mormyshem.

The entire group was situated in front of two submerged, growing in a small distance from each other, and now partially frozen in the ice of the bushes. 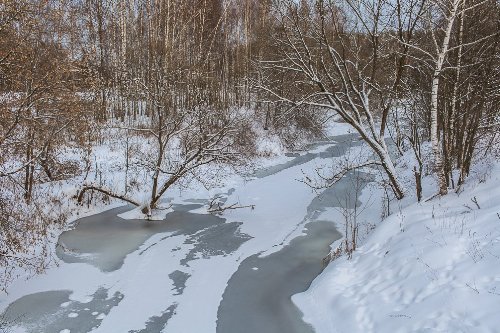 I see that I miss you guys: here is another sharp wave of his hand, and a small striped robber flies perch from shallow wells on the polished ice table.

Lucky gets on a hook, fresh bloodworms, and the line re-directs under the ice. Here is another fisherman was lucky – a cat is not fed, but the kitten may be enough.

However, notice the twenty minutes that this team has clearly identified the leader. While other anglers caught two or three fish, a champion of the wells were gradually frozen already two dozen perch. Look, one angler can not stand, removed from his seat, goes to the champion and almost in front of the nose that quickly drills a new hole. Behind him is immediately removed from place second, third. Surrounded champion, took the ring in. And he dragged perches one by one, and continues. And the right to “aliens” it is better to catch steel, but they did not bite. So, occasionally someone will pull out a single fish, and again the silence in the hole.

It soon became the people to disperse – who is home, who is further along the river Bank walked. I walked over closer to the lucky angler, said Hello. He looked at me closely, smiled.

– And that without a rod? Or the fisherman?

I put my hands in the pockets of his jacket – the cold wind began to freeze the tips of the fingers.

– Why – answer – I am also from your fishing fraternity. Only this time came just to walk. Give, I think, to the Gulf will go, I will see if there is enough ice strengthened. Just this weekend I was coming here with a fishing rod to come back. And then, you see, is already a demonstration.

I squatted next to the hole from which it continued to pull fluttering on the hook of the fish.

And famously you have them all beat. I’m here half an hour already watching you. How do you do it? Maybe know the magic word?

– How not to know? You know the magic word. Want, you say? A pointer is called.

Basil – that was the name of my new friend pulled out of the hole the fishing line, handed me a miniature winter bait. The tip of the short thin vinyl whip was crowned with a stunning nod in each of his individual parts workshop felt handmade.

– Do yourself a pointer do? – I was surprised.

– Is it possible things in the store to buy? – answered Vasily. – I suppose today I saw what my competitors were biting. Fishing is a tricky business, here it is necessary to know the subtleties. After all, the bass though the plague fish, noise is not particularly afraid, but the game loves. And what could be a game, if you’re the bait Mylar Ledovy a pointer set? As it is, and the steel strip will see. No, brother, if you came to catch bass and not bream, and the tackle must have the appropriate: spinning short, thin woods, marishechka – eye to just barely see, well, a pointer, of course, bristle, hog, Yes longer, to different depths to adjust. That’s when you success and provided…

And bristle, she what is good? – continued Basil. Through even the most subtle nuances of the game from the hands of the angler without the keystone
tions are transmitted to the jig. She bristle, this, elastic, elastic. A pointer out of it after bending, then straight, and still form it will take, because he has no such thing as residual deformation. Yes and frost and rain it is also not care. Here’s the magic word. A pointer, in a word, only the correct pointer. Seen tea, is something on TV about proper beer? But I have a pointer like this – right from boar bristles…

It was getting dark. Basil gently put his gear, carefully Packed in a fishing box along with the catch and, having taken leave of his confrere, the fun began walking towards the city blocks, half blurry crawling twilight.

I remember returning home that night, I stared for a long time updated their rods. Perch I now catch a pointer of boar bristles.