Northern pike are apex predators known for consuming prey up to one-third of their size. Rivers and lakes where pike are native can allow for a balanced ecosystem where pike and other species live in harmony. However, introducing pike to non-native waterways can be detrimental to local and native species. Colorado’s Kennedy Reservoir is a prime example, this lake has become so overrun with northern pike that the state is offering anglers $20 for every northern pike caught and removed from now until Nov 30, 2019.

The nothern pike in Kennedy Reservoir have been munching on native minnows, suckers, and chubs while also fattening up on the nutrient-rich trout which are stocked by the state for sport anglers.

Get Out Your Steel Leaders

Pike are known for epic strikes and insane runs and in certain places, they can earn you twenty bucks per fish. If there was ever a time to fish for pike in northwestern Colorado, the time is now. 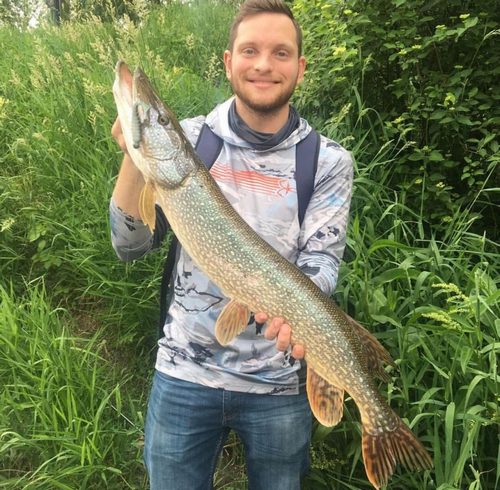 If you live in the centennial state, tie on a leader and rig up with your favorite pike bait. Based on the native sucker and trout population in the Kennedy Reservoir, try starting off with something that resembles either of those two fish. If the water is stained try something with added vibration like a spinnerbait, crankbait, or chatterbait. If the water is clear, swimbaits and glide baits all day. Pike are also known cannibals so using a bait that resembles a small pike may get eaten by a much larger pike.

One more thing, regardless of what others tell you, pike are absolutely delicious. Are they a little tricky to fillet? Yes, but once you a get a hang of it, it’s not really an issue.