So let’s start. The steak should start to cook in the kitchen, and on the river, at six o’clock in the morning, early. The fact that the sooner you will be on the river, the more steaks to cook. 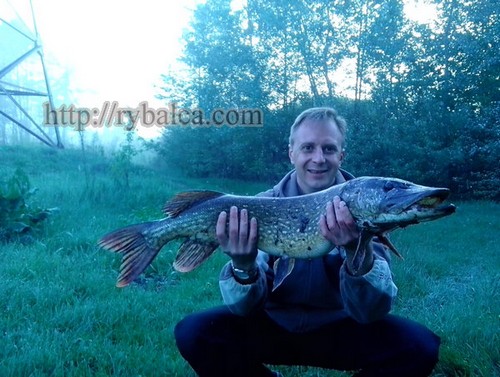 Come to the river with some hit spinning, any kind of a spinner, crank, etc. Important belief in luck. Shouting: “no way!!!”, get esticalopram pike, twenty minutes speechless, and then photographed against the backdrop of this monster and send MMS to all friends and acquaintances. Important! MMS is to be delivered to friends no later than 6:30 am. Then while going home, a photo of yourself on the background of pike is placed on all the pages in all social networks. Coming home solemnly, straightening his shoulders and proudly with his chest out, make a trophy and with a face filled with a significant silence, watching “kami” the female half of the family and the skeptical remarks of men. After drinking one hundred grams of cold vodka offered on the tray, disdainfully rejecting a snack, proceed to the cutting of pike.

Gutted, clearing the scales and well washed pike, move to the grill. Pike need to cook the fresh coal obtained from firewood to fruit species. While wood is burned, the chest part of the pike cut steaks of equal thickness 2.5-3.5 cm and begin to prepare sauce.

The cream is heated on a slow fire to a temperature of 50-60 degrees, add the chopped cheese and stir until a homogeneous mass. Peeled garlic cloves are ground with salt in a mortar and add to cream cheese mixture, add sugar and coriander. In a pan warm up butter, to boil not to bring, add the flour and stir until a homogeneous mass, which then connect with a creamy cheese mixture on a slow fire stirring occasionally, bring to a homogeneous mass, pour into a saucepan and leave to cool. Flax seeds or sesame seeds to add to already cooled sauce and mix well.

Note: the thickness of the sauce can be adjusted by adding either milk or flour to butter (at the stage with a frying pan).

Back to the steaks.

The coals are ready, breathe with the heat, does not burn, does not smoke. The ideal temperature of the coals, when thrown on them dry branch immediately lights up.

Cover the grill and open grill, on the grill spread the steaks. If steaks 6-8, the moment you put the last steak, the first time to turn over. Important! Steaks need to constantly flip (it’s easiest to do with tongs), preventing Golden brown, for 15-20 minutes. Before taking the steak to give it a little browned.

You probably noticed that the steak is not subjected to any pretreatment. This is the main secret. An exquisite taste provides not a marinade, and the pike, which shall be not less than 5 microgram weight and roasting methods. A little about the pike. Many cooks fans, who faced with the pike, the pike is not considered a delicacy, because he had to deal only with instances of less than 4 pounds. Indeed, young pike, moreover, that has a specific flavor, but not fat enough. The younger the land. That is why in our recipe, we insist on the fact that pike should have a weight of not less than 5 kilos.

Now a few words about the method of heat treatment. The finished taste of any meat, whether fish, poultry, pork or beef, 70% depends, not on related components (marinade, roasting, zirvak), and how it responds to heat treatment. The most important thing in this process is the lack of haste.

Steak needs to warm up evenly from all sides, to the first alert when the meat is still tender and soft, but not soggy, and then, of course, the crust. Golden tender crust – it is something without which the dish is cooked on fire, it loses all meaning. The crust is an art, therefore to reach it it is necessary already on the steak, then it will be easier not to overcook the meat and not to char it. As soon as you see that the meat is browned it’s time to flip. Every coup “rustest” brown will grow, and the meat inside remain tender.

When you cook the coals from the firewood, You set a fire and, in principle, you can go to meet the guests for half an hour or twenty minutes nothing not fixable not going to happen. But once over the coals, placed the steaks, You cannot afford to be distracted even for a second, otherwise your efforts will be in vain.

I served the steak to the table with a white sauce and dry white wine (Riesling from the banks of the Rhine is fine).

Salad and side dish is better to exclude, in order to fully get the praise and admiration of friends who spent two hours behind you, so you could hear how loud swallowing saliva, discussing your achievement in comparison with those shown on television or those which were told by the neighbor’s garage.