These changes are especially noticeable on small rivers. On a warm summer’s dawn would Sacharissa on the edge of the coastal strip of grass and we can say, the fishing spot was found. Thickets of carved lilies and Elodea – the usual companions of shallow water on the ramp into the pit. It and is clear: on the rocks the water is better gets warm and full of sunlight. And if the place is immediately after the roll, the expansion of the riverbed, the water here is usually goes around and ples this is often quite deep and rich in fish. 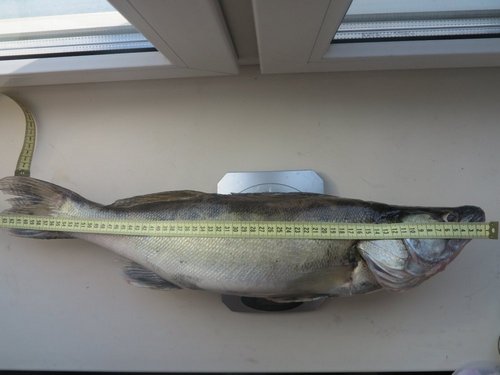 Late fall grass fall off, and the river is unrecognizable strict and cold, to light longing. In this case, after the frequent heavy rains in the upper reaches of the water rises and the flow increases almost like spring. Band, the Islands and polustrovski grass in the summer, quenched flow and create a vortex flow with a reverse flow. In the fall the streams of the river moving in its more liberal laws. Look for the edge and drops into the pit becomes more difficult. But most often catchability place is located near the border of rapid jets, to move them, the jets in the reverse movement. Often large fish come into the shallows where vegetation still remains. This applies to both predatory fish and silver carp representatives. The avaricious autumn sun still warms the places and the most diverse little thing sports here, like in store before the winter snowstorms and frosts. Dark predators rise from the black depths and greedily feed on medium-sized “underwear”. Here, in the reeds and not fallen even herbs sometimes, you can see the bar turns a rather large solutionswith fish. This autumn bream, a rather sluggish, but also occasionally taking the head.

Often, the most effective is the bream fishing float rod in the transaction. If you have depth, you can catch from the shore, but more effective will be fishing from a boat. Since the depths of the grass has almost no barriers to the movement of the nozzle is usually not found, except for shoals and spits. But this is turning freely moving bait suddenly stops and then moves in spurts, with decelerations and accelerations, if, of course, allows the bottom. Ideally, if it is a sandy spit with holes-grooves without lying on the bottom of the grass. On the course most often, these shoals are fairly clean. Difficulties occur in determining the bite. This can only help the experience. Dive float with moving the bottom hook with the bait more monotonous and monotonous. The bite of large fish on for quite energetic, and float in most cases falls to one side and then quickly disappear under water. On the channel with a smooth bottom nozzle should move near the bottom that is determined by several transitions-passages.

Rod for fishing in wiring should be easy and prekladatel to the arm, as to keep it constantly on weight. It is equipped with a lightweight spinning reel that allows you to maneuver the gear and release the hook with a nozzle at fairly large distance. Naturally, for better visibility, the float must have a high antenna.

On some rivers nozzle still can serve as an ordinary worm podlesnik or dung, but this fall the bait will most likely bloodworms. If you have the opportunity to naselesele larvae of the burdock or gain in the strong stems of mugwort, then replanting them, soft and white-yellowish larvae will result, not comparable with the nozzle lobes beams only bloodworms. The apparent indistinguishability of the larvae of mugwort agrimony and last somehow more attractive to fish. At least, I had to see it.

For the nozzle bloodworms and larvae of the above will need quite thin and it is getting winter small hook. Also in winter you can knit the lobes of the moth, taking them with a thin elastic band to the tip of the hook. In this case, the Joker was not punctured and it does not follow, but long is still alive and attracts fish natural alasty and movement. There is another feature of the autumn fishing. If spring and summer large bream will sobeida rather tasty bunch of worms than one, even with a long tail, then the fall happens to be seasoned fish suddenly interested one moth, impaled semicircle on the barely visible hook-sagatys lightweight rods, abandoned for some sorojchi. Then there is hope only for the pre-winter lethargy of the fish, the castle gear and the complaisance of the local water… That Murphy’s law was familiar and the famous Sergei Timofeevich Aksakov.

Long-distance casting from the shore

There are fans of the classic Aksakov fishing bream sitting on a cozy river Bank surrounded by weeping willows, poplar and elm. But in the fall when the fish are often away from the coast, float UDA can sometimes bring a snotty ruffs and okunishi. To toss the tackle to drop into the pit, into the pit, or, on the contrary, to the distant shallows, still green grass, will need to have running gear. All its difference from the usual with a float rod in that it is equipped with a spinning reel and a sliding float. The float is not attached tightly to the line and moves freely on it, just resting in the rubber nodule or other restrictor on the level of the perceived depth. Casting distance is achieved with a good job spinning reel, a relatively thin fishing line and some heavier tackle, which is heavier sinker or, in some cases, the loading of the float.

Feeder, ledgering, quivertip — all English Donka, where a feeder is both a sinker. Beside the feeder is attached to the leash with a hook. Using special durable rods for feeder spinning reel, anglers throw the rig quite far, and feeder-load the current can weigh up to 250 g, and the bite is determined by the flexible tip. The trough can be open, semi-closed and end, to discharge the leash and sliding, which determines the method of attachment of the leash. Tackle, of course, efficient, but most importantly, perhaps, in preparation for fishing is to choose the right combination of test rods and the weight of the trough, or when the cast can easily break the rod.

Out of feeders, I chose a semi-convenient to very strong currents and almost universal. In just a few seconds from the semi-enclosed trough can be open, just remove the plastic baffle. And the tackle is suitable for catching in standing reservoirs, if the trough is not too heavy. I have enough of this snap-in. Simplicity and versatility are very important to me as fishing in places different, and sometimes unexpected and completely unknown, a variety of gear and combining them. And feeder has changed in my desire to assimilate tackle under his simple fishing may be amateurish, to the eye, from the point of view of practicality and versatility already mentioned, but I’m at school don’t like exact Sciences. To combine the repose of the soul — fishing — arithmetic and professional sports, in my opinion, boring. That’s why you’ll have simplified and modified. In the first place… (Here narrowly-focused professionals then you can not read…) so, firstly: it cost one strong pole under the feeders of different weights, not risking to break the rod. Second: bite alarm I have is not thin tip of the rod, and slightly bent upward of the flexible spring on the end of which a fairly large red plastic ball with a wire handle. After casting the fishing line is inserted into this shackle-semiring. Wire the bow to bend it so that when playing a fish, the fishing line slipped from the handles and can be left in the form of half-rings of semi-circle and to draw out via a pointer. He does not prevent. The bite is much more beautiful, more spectacular and visually noticeable with my pointer, especially for people with low vision.

If you use the feeder on a strong current, it is just the case when my rather rough tackle will be much more reliable, because under the bird feeder, weighing about 250 g, you will need a fairly powerful rod, but the tip which could “distinguish between” bites. Here is evident a certain disharmony in the balance gear. At least English fisherman or his Russian counterpart should have in their Arsenal a few rods with different tests and under different conditions of fishing, for Hiking and a variety of mobile fishing is completely unacceptable. I have the same and spinning can be a feeder, if you detach the spinner and hang snastochki with a trough and a leash, let him spit master feeder and spinning… Russian reality and conservative bigfishing of the British always in conflict. Different mentality and ability…