Fishing on the spring ice is annually formed in very different ways, it all depends on what was last winter – frosty or warm, early or late, with an abundance or lack of precipitation. All of this will ultimately determine the development of events on the waters, – the duration of fishing from the ice with the arrival of warmth and activity of a particular fish. Nevertheless, this final phase of winter, many anglers are waiting with great hope, as the saying goes, “payback” for all the failures of the last heavy season of gluhozime. Especially look forward to spring ice those anglers that are almost the entire cold season sat at home, Recalling that in severe frosts, snowstorms, on bestlive. 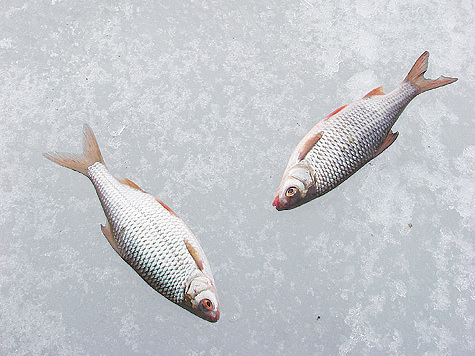 Considered to be the spring ice a certain stage of winter, which is not quite correct, as this period falls on the first month of spring, and the duration did not reach the second decade of April, except on the North. On the occurrence of the same final stage in the life of an ice “shield” of water bodies can be judged by such phenomena as the gathering of all the snow from the ice surface, the rise of water and the removal of ice from the coast.

The fish at this time begin a natural pre-spawning shifts to the future site of spawning, which usually occurs either on well-warmed shallows of the old aquatic vegetation, or in the tributaries to the main reservoir, in which a flowing melt water, rich in oxygen where it is most quickly warms up. Thus, dense fish swarms start to appear where they could not be almost all winter, and, conversely, stops biting at the sacred places with such work found in glucosime and with painstaking care studied to the smallest details. Therefore, in the camp of the fishermen begins this spring fermentation associated with the change of places, with the pursuit of the departing schools. Who participated in the spring collective pursuit of a shoal of bream on the limitless expanse of the reservoir, he will understand what was going on.

In such fishing in the unconditional be of benefit to anglers who prefer active ways of fishing – Morrisette and bleszinski because they are the most mobile. Bait at the time of the progress of fish schools rarely brings success, except in places where shoals stopped, but there is usually a fish accumulates so tightly that her artificial prevajanje loses all meaning, especially since the pack often arises not from the bottom, and in the layer of oxygen-rich melt water formed between the ice and the “old” water. 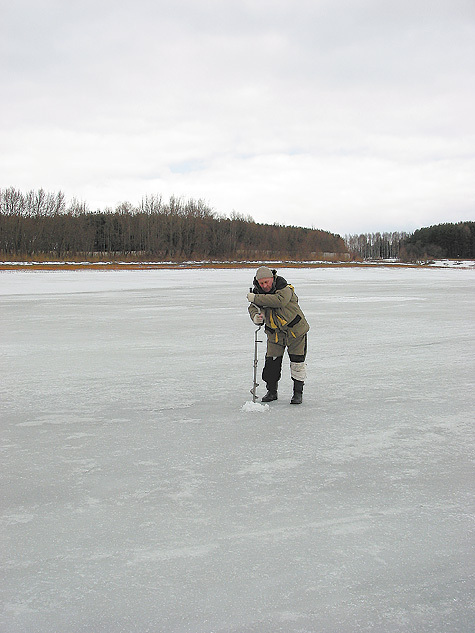 In General, fly fishing at last ice is quite simple, something like pergolide, only the main emphasis now is not on a perch, and roach and bream, which in spring is committed to the formation of large even-aged stocks. More important at this time not to stay in place, and constantly in motion, the “processing” is most likely to stop fish shallow watering along the river, bays and creeks, as well as areas of ice near mouths of tributaries. Moreover, the unusually long spring day allows in the end to find “your” fish. However, the next day it may not be there, and everything will have to start again. For example, a week-long bream fishing on the last ice on the river Gzhat in the Smolensk region, where the fish comes from Vazuzskiy reservoir, was the nature of the fact that in the early days the schools were located several kilometers downstream from the village of Zlatoustove, sheltered us, and to complete the fishing had been for several miles above it. Along with shoals of large “sea” roach moved the fishermen on the ice of the rivers flowing into the Rybinsk reservoir, meeting them around the mouths and the accompanying up until then, until the spring weakened from heat ice.

Inspired by ATV at the end of the winter season, we should not forget that the hot sun does its work and the ice becomes extremely dangerous, especially near the coast and in places over. On large bodies of water is added and another annoyance – progress ice fields and ice floes with fishermen on the open water. In addition, on the rivers daily rise of water can reach several meters, and “overstayers” fishermen on the backwaters and bays, for example, spring OCI, often to shore you have to swim across, good “swim” does not exceed ten meters. So if there is a possibility of loss of communication with the shore, we should advance to attend to the crossing: for example, an inflatable boat, taken to the ice, or fall at the point of exit several long poles or boards.

To give detailed guidelines for behaviour on spring ice – a thankless task, as external signs of his quality is almost not there, and he lures and deceives the unsuspecting fishermen to their thickness and apparent strength. Weak spring ice crackling warning as pervalidus, but only with the treacherous hissing sound disintegrate under my feet. Therefore, the most appropriate will be the time to leave the unreliable ice and fishing in the wiring on the already revealed small rivers and streams. Initially, of course, fishing on the rivers is stopped and the signal for this are the significant rise of water and increased current. On reservoirs without currents is better not to go when flying gulls and Lapwings, and certainly not to do with the appearance of the Wagtails.