Bream – one of the most common fish in our waters. It received its name due to its habits in the spawning period. When it comes to spawning, the bream will splash on the surface, jump out of the water and flop back into the water with the noise. Catch it on different types of gear – on the float fishing rod, donkey and feeder. Since bream is a cautious fish, the choice of bait must be approached responsibly.

What feeds on bream

In its natural environment, bream feeds on mosquito larvae and plankton crustaceans. But you can catch it on a large number of different attachments, both animal and vegetable origin. 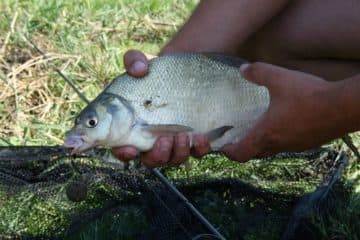 At any time of year, he willingly responds to animal nozzles. The most common animals nozzles:

Also very catchy are their various combinations, called sandwiches. It is noticed that the use of sandwiches, significantly increases the activity with a bad bite. There are days when a fish does not respond to one type of nozzle, and it bites the sandwich very willingly. The most common sandwiches:

With the arrival of summer bream caught not only on animal baits, but also on vegetable ones. Moreover, the choice of vegetable baits is much more than animals. The most common vegetable nozzles: 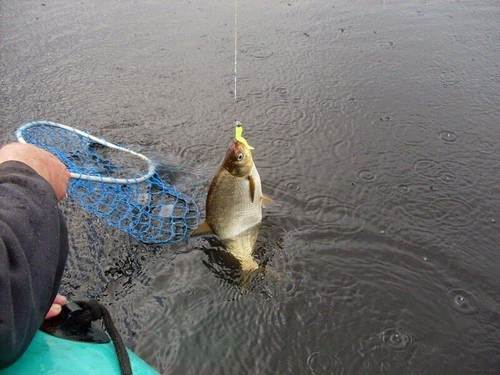 What only he does not bite. Recently, flavored foam has become a very popular fishing nozzle. The whole secret of catching foam is in the correct feeding of the bait. Mandatory condition – the presence of trough with a short leash.

In June-July, bream successfully caught on feeder and bottom fishing rods. Therefore, when fishing on foam, you should give preference to this gear.

When fishing, it is better to have a foam plastic of different colors and smells, since it is not known what he will like on a particular day. His favorite aromas are garlic and corn.

What to catch bream in the spring

In early spring, bream is best caught on nozzles of animal origin – on worms, maggots and bloodworms. At this time of year, the bream will not pass by the crawling – a large worm. You can get crawls at night. At this time, they crawl out of the mink to the surface, where they are caught by hand under the light of a lantern. Grooming creeps is not an easy task, skill is needed here, as they are very careful and try to hide in their burrows when there is a lot of noise.

What to catch bream in the summer

In summer, bream fishing is especially effective. Recovering after spawning, he begins to actively feed. Usually biting begins at the end of June and its peak is in July-August. Biting bream at this time in the early morning, late evening and night. In the summer, bream is equally well caught on vegetable baits and animals. And also on their various combinations.

Steamed grains of barley or wheat are very effective when fishing for white bream on small rivers. Depending on the time of steaming cereals in a thermos, you can get a nozzle of different hardness, from almost hard grains to soft.

Bream prefers a soft nozzle during periods of bad biting. Also, during a bad bite, you can use a combination of barley and semolina talkers.

An excellent nozzle for catching large bream – a large bundle of manure worms.

What to catch bream in the fall

In autumn, bream gathers in large flocks for wintering. Flocks can number several hundred heads. At this time, the bream is very careful and catching it is not so easy. He prefers to eat high-calorie food, trying to feed as much fat as possible, so you need to catch it on animal bait. Its bite is very capricious and it is not known what it will bite at – moth, moldy worm or worm. Therefore, you need to take with you different attachments to find the right one.

What to catch bream in winter

The main nozzle for is a bloodworm. Large larvae are used as bait, and for bait – small forage moths. A large bream prefers a large bait and a large bunch of moths should be placed on the hook. In one bundle there can be up to 5-10 moths. But small and medium scoundrels, on the contrary, better peck when there are only 2-3 cranks on the hook.

Sometimes in winter bream is well caught on moldy worm.

Also in winter, the bream is caught on the unwary mormyshki. Unwiped bottles have many different shapes and colors. The most popular non baiting baits for catching bream are devils.

Multicolored cambrices and beads are usually hanged on the devil, which is very attractive for bream and white bream. When fishing on an unmoled mormyshka, special attention should be paid to the wiring, since any failure in the game can alert the bream.

How to cook pasta for catching bream

One of the best baits for catching large bream, and the whole white fish are pasta. It is better to use pasta in the form of stars, as they easily fit on the hook. They are prepared very simply:

How to cook potato dough for bream

Potato dough – very catchy nozzle. It is prepared as follows:

How to cook barley for fishing for bream 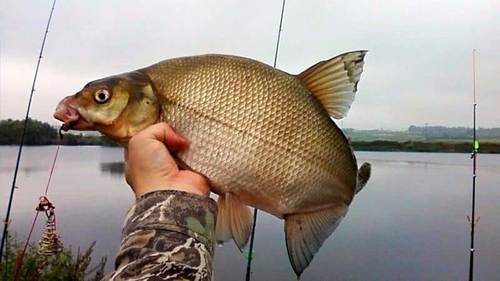 Barley is not the main nozzle for his fishing. But there are such cases that the bream simply does not take on anything else. Barley for nozzles are usually steamed in a thermos. It’s very easy to do this:

In summer, on the rivers, the trophy bream is well caught in lard. But lard is not a separate bait, but works only in tandem with a feeder filled with bait. As bait is usually used millet or pea porridge.

This tackle works as follows. Near the trough there are short five-centimeter leashes with hooks (usually use 2 leashes). In the trough stuffed porridge. She will be the main delicacy for the bream. Having found a feeder with porridge, he begins to eat a delicacy, and with them sucks up a piece of bacon.