Today with a friend again made a walk to a new point. This time the weather was not pleasant at all. The night was a pretty low temperature, eventually coming to yesterday’s point, we saw that the shore was covered with ice and the distance to the water about 2-2.5 meters. Yes, it would be possible to catch, in spite of the ice, but the bottom line is that bass are concentrated near this coastal area, there is the edge, which he holds. In the end, before fishing had to sweat a little, armed with thick sticks, we began to udivliat the ice near the shore, and then sent it sailing down the stream. 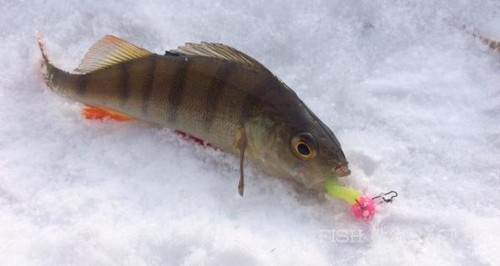 Well, the fishing spot is prepared, it’s time to start fishing. The air temperature is approximately -11 – 12 degrees Celsius. Today I armed myself with microgrooves rubber SPRUT. The night before fishing I greased the cord oil Johnson’s Baby, and as it appeared then, was not in vain. 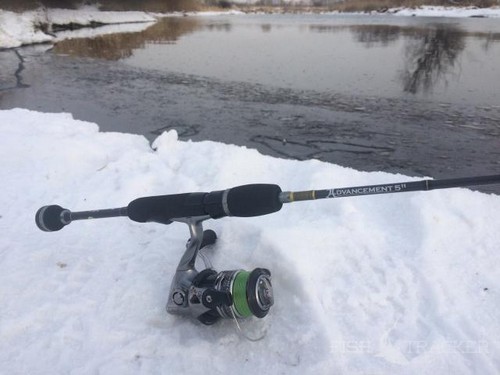 Catch started with a proven inchworm SPRUT HIROKO in yellow. But this bite was not like yesterday, perch became passive, and to persuade to take it was not so easy. Yes, there was some light prodding and poklewski but it’s OK to miss the bait the bass wanted. But still after 5 minutes of my “dance of the tambourine” I still catch the first perch and open an account today fishing. 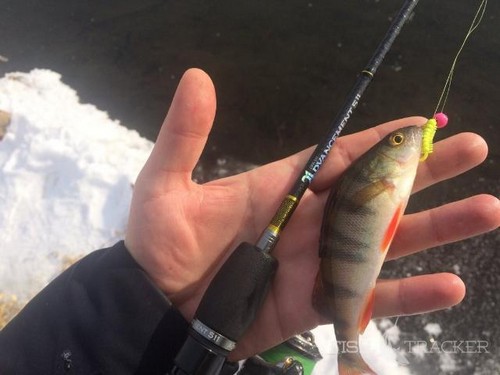 Then from the point I catch another small okushko. Then comes a lull. Decide to change your lure and put SPRUT HIDOKU paint MGR-UV and catch another striped. Perhaps in this situation was the change of lures, as the bass grabbed the already obnovlennom. 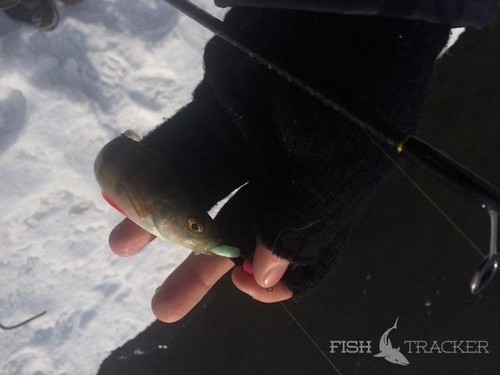 Then again a long lull, turn to darker colors. First try SPRUT KANTO STRONG, this worm several times rescued me during the summer fishing, how he will manifest himself now? Poklewski was, and there was one gathering, but it seemed to me, the lure is too big for small, and even passivnogo perch. They lacked only the edge of the tail and let him go. The battle is HIROKO paint the engine oil with sequins and brings me a couple of small acusat. 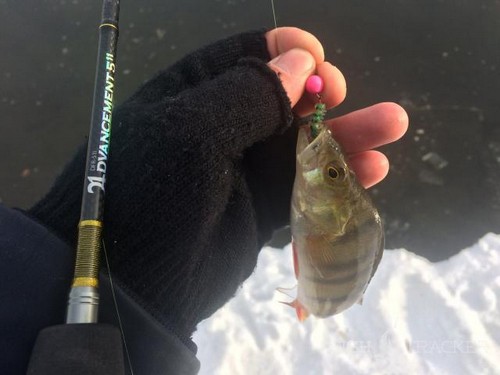 And again silence… yesterday the perch bite remains just a dream. Bass today is very different. Maybe his passivity is somehow connected with the cold, and maybe we’d scare him with point in time Ottaviani ice in the coastal zone. Then okushko catch on the purple HIDOKU. Spotted striped not the usual way, as below. Maybe he crushed the bait, or just randomly podagrica. 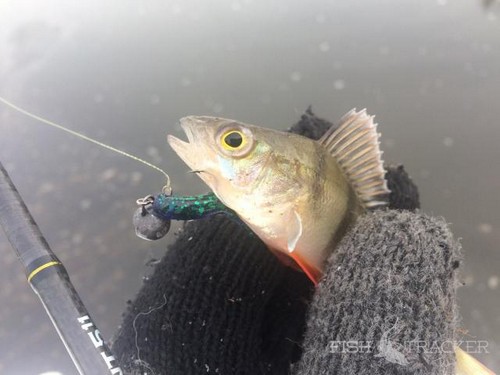 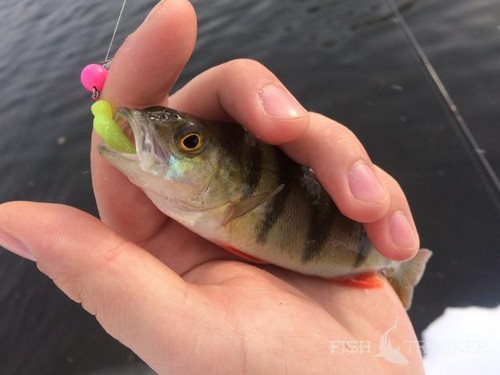 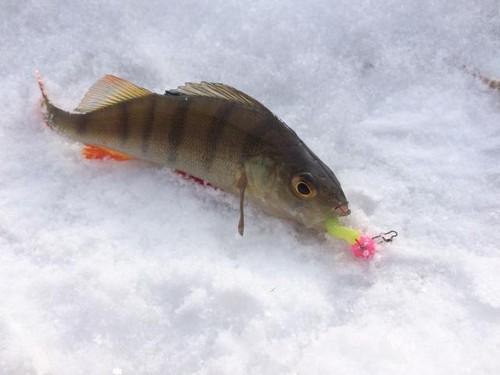 It was really cold, and we decided to go home. Yes, today the fishing was much more modest, but nevertheless, portion of the pleasure I received. Eh, still the weather is nicer… I Hope it will be soon.

7 Comments on “Cold fishing is not a hindrance”