Most of the fishermen to equip their rods faced with the necessity of shipping bait. And gonochniy, and anglers have to weight your equipment or artificial fish, so they quickly reached the bottom or far flew. Sometimes in fishing, you can leave the entire Arsenal of fishing weights in catchability, but the snag area of the reservoir. One of the lovers does not allow the financial capabilities to constantly replenish the stocks of lead and other anglers difficult to get to specialty shops. In such cases, the revenue will come form for casting sinkers. Due to the low temperature melting of lead and its availability required the load to be cast directly on the waterfront. What are the forms for sinkers? 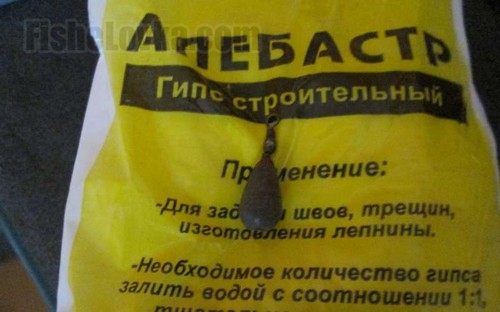 Anglers with equal success make sinkers out of lead with their hands, using factory or self-made forms. Basically most of the designs differs in the material of manufacture. The most frequently used plaster, wood, aluminium or steel.

Recommendation! Wire ears sinkers should be placed on the surface of the plaster.

The process of casting sinkers

When, finally, there was a form for casting sinkers, there are issues related to the pouring of the lead. The ease of manufacture of the goods to some extent depends on the quality of the form. But if you know some of the nuances of working with lead, you will succeed and improvised, and with the Chinese form, and also with the product from the company Cenmag.

Before you begin to heat the lead, you must perform some preparatory steps. In the case of the wire elements it is necessary to cut the required cut it, bend it, and gently put in the form. The inner surface forms, which fall the molten lead you need to lubricate. Then it will be easier to remove the cooled sinker.

Proven! The best lubricant is lard. Quite a piece of sandpaper to hold in all cavities in order to facilitate the release of finished product from the mold.

It remains to assemble the design and fasten it with special clamps, bolts or pins.

Attention! Parse the form only after its full cooling. It is primarily concerned with metal structures.

Many anglers note that the new weights are working worse than faded same model. Therefore, hand-made products are first treated in vinegar (24 hours). Then lower the weights for a day in a saturated solution of potassium permanganate.

Today, anglers can purchase the finished form in specialized stores or make them with your hands. Correctly using these devices, you can get the rich Arsenal of fishing sinkers and heads.