Big fish is one of the greatest pleasures in the life of a fisherman. How many emotions! Some adrenaline! And the first question asked by lucky less fortunate fellow fishermen: “catch that?”. Baits today, there are a million, if not more. However, one of the most favorite for most of the trophies are earthworms.

This tasty bait is now sold in all the fishing stores at a decent price. From fishing to fishing, of course, have to bribe additional portions of worms, and then by the end of the season typed quite a decent amount, which you can buy a long-running Wobbler or a few packs of edible rubber… But let’s not talk about the economy. To grow big, juicy worms for fishing – it’s cool! 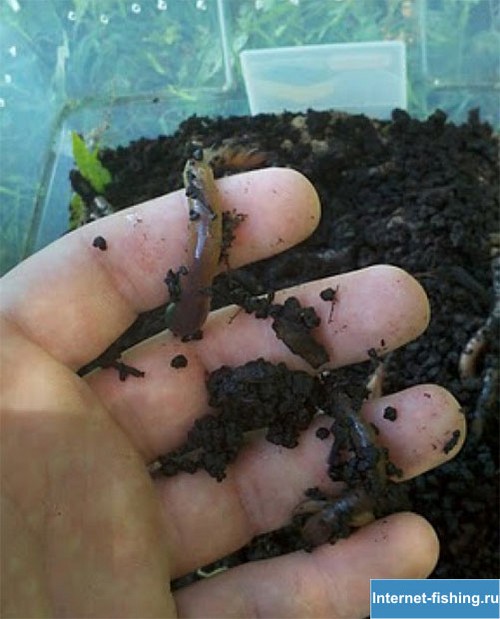 Not only that, You can adjust their size and thickness, so You still have at hand a permanent supply of bait. Even if the stores do not work, and in the lawns of the city worms to find – You take a handful of your “earth friends” and immediately go fishing!

The Internet is full of articles and videos on how to grow worms for gardening purposes. But we, the fishermen, they are not very good. After all, what is required for fishing? Bold, long worm. Alive. Better to have had a lot of them. To go anywhere we are not going, a bunch of bait should always be at hand. So let’s try to act in this method is proven and tested by real fishermen.

The first thing to do is buy a large plastic container. Better if it will be dark and opaque plastic, because worms prefer darkness. The cover must be drilled a thin hole to allow air to get to the future tenants of this plastic at home. On this purchase is not zakanchivayutsya: purchase two plastic container smaller, they need to paste into the big box. 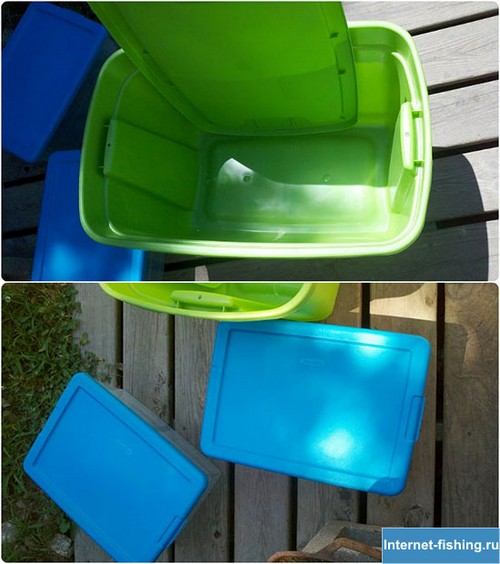 In the box lay a bit of ground, cleared of rocks, and all that can be found on and in the ground and that can become worm food source. The mix of hay, dry leaves, twigs better lay on the bottom. Rich and fatty humus to Cerveteri not needed, the worms will still need to feed and the earth itself will be enriched. Another plus poor soil that it is easier to mix, and this procedure occasionally have to spend. 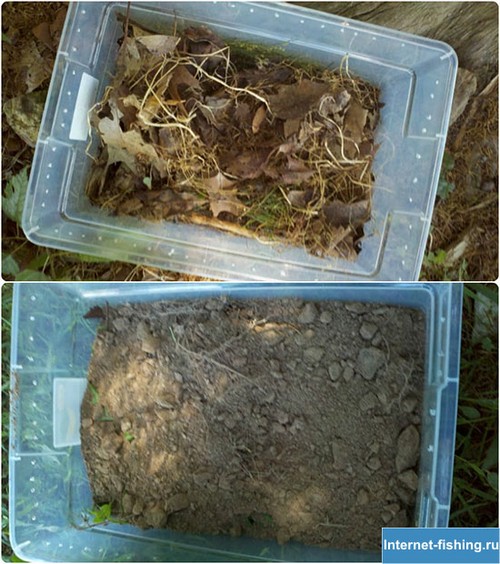 The choice of hearts is a very special case. How many disputes have broken out in the fishing forums among fans of cervesato! Some prefer dung, others sing the praises purchased “prospectors” and “the Californians”. The views are different and it is useless to argue what you think is best – and use. Great experts might argue, but I think that the General principles of growing earthworms at home is suitable to all varieties of future bait. The photographs presented in this article, You can see the worms, bought in one of the fishing shops. Oh, how they breed… 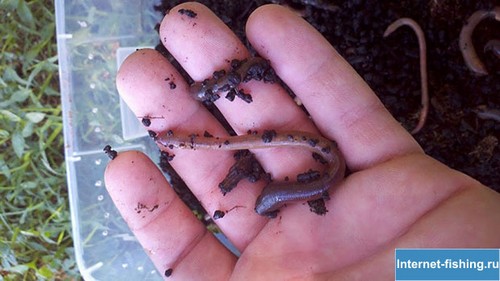 So, a few servings purchased ringed shakes out in a small container with the new house! Sprinkle them on top of loose soil, so not much was nervous and felt more confident in the new house. Then put the small box in a big plastic box. 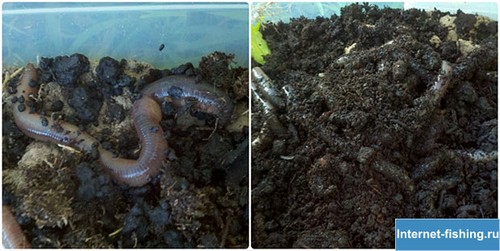 Now will open the big secret – which you need two small container! In the first live bait lives, and the second feeds. It’s like a big worm dining room, in which the host periodically puts all sorts of Goodies. Also a two-storey chervyatnike convenient because from the top you can get worms. 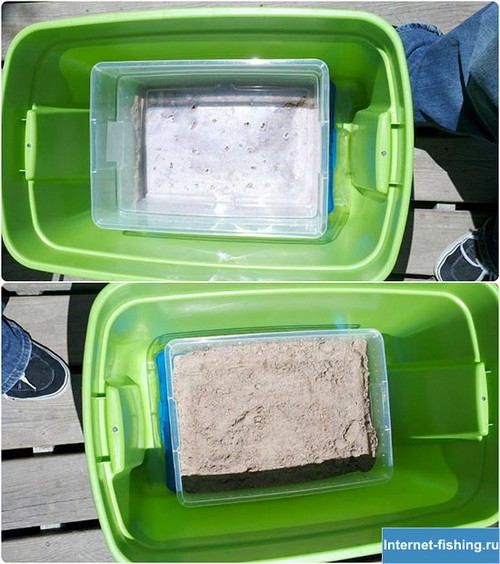 To soil residents may pass from one “room” to another in the bottom of a small box it is necessary to drill several wide holes. Set the second container on the top of the first so that the bottom of it touched the ground. Sprinkle a little soil mixed with pieces of bread, vegetables to Your Pets had something to eat. 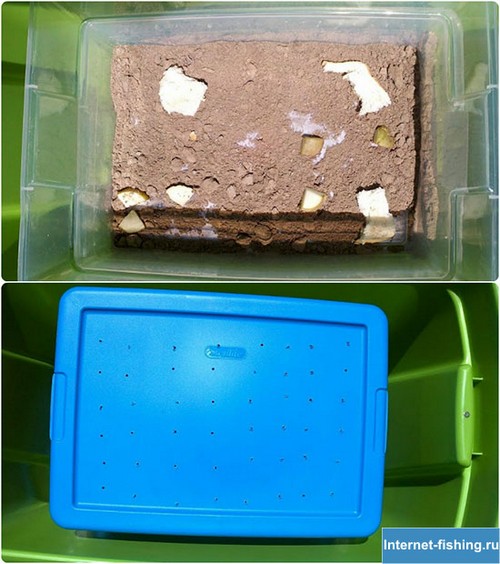 Next, cover all with a damp newspaper or paper towel. Close the top container (the lid needs to be with holes!) finally, install the cover on the entire large box. Cellatica ready!

What to feed worms? Practicing the fishermen cervetti propose to share the remnants of what we eat ourselves. Only it is not necessary to treat worms are very sour, sweet, salty and fatty foods. The principles of healthy nutrition suited not only to people but also worms. Themselves give preference to useful products, they also feed on the bait. For example, worms will not abandon pieces of carrots, bananas, pears, bread, lettuce, and pasta, oats, cooked rice or any cereals. Don’t want to spoil their collared friends? Treat wet newspaper, napkin or piece of toilet paper, sleep tea from tea leaves or coffee grounds.

Many fishermen who create such “worm farm” worms are fed every day. You can do it less often, not that they are gluttons – every few days to throw the future of the bait a little food is enough.

Always ensure that the humidity and the temperature was comfortable for worms. In the wrong climate, Your Pets can die. Sprinkle water on the soil on both floors of Cerveteri, avoid overheating and overcooling of the structure. What else? This seems to be all. Try not to transition from a fisherman in a professional cervetta, and that this fascinating case can and tighten… no tail, No fin!