In technology, there are some things seemingly unremarkable in appearance, but can drastically change the seemingly unshakable properties of the surrounding devices. Little box decoder at the antenna cable and now we can watch other television channels, a small circuit Board in personal computer and offer access to the world wide web (Internet). And in the world water-motor sport there are a number of such products, which are installed on serial boat can greatly improve its performance.

The vast majority of fans of active leisure on water prefer planing Motorboats and boats. It is quite natural modern small boats of this type is quite light to transport and have an acceptable habitability, very comfortable, and most importantly — even with outboard motors only 15-25 HP can reach speeds up to 40 km/h. of Course, high speed is not an end in itself, but, in the eternal time limit to quickly get to the “cool” place or promptly investigate some “killer points” in the vast vast water reservoir on the slow boat unlikely. However, vodnomotornikov known and the other side of the coin — planing boats are very sensitive to changes in load, and with the same engines, but with 2-3 people on Board they will develop a much lower speed 20-32 km/h, with a significant fuel consumption. Can even a situation when under increased load the boat won’t be able to get on plane or strained will move in the transition mode, the motor roars, the fuel consumption increases and the boat crawls at the speed of a turtle. Second, and very significant drawback of planing boats — their low seaworthiness. Flat-bottomed, as a rule, the case when sailing on a small wave hits the ground hard on the water, cockpit zabryzgivaya, and everyone in the boat can’t shake the feeling that they ride in a cart on a bumpy road in the pouring rain. In fairness, I must say that not all planing boats — classic punts, there are planing vessels with hull has increased deadrise bottom. They have sufficient seaworthiness, but for planing, they will need more powerful engines. 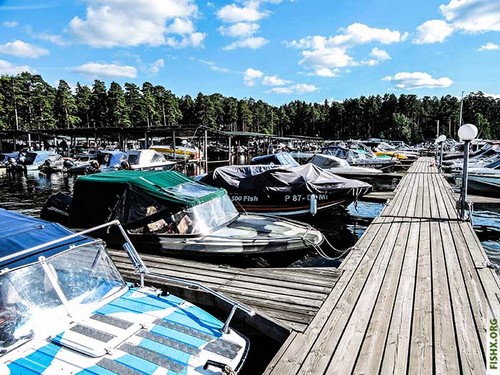 Finally, a third disadvantage of planing boats, equally inherent and punts, and with keeled bottom, is the “moodiness” when booting: slightly increased trim by the stern and the boat begins to “delineavit”, that is, it becomes unstable on the move, moving jumps. Put a little more Luggage on one side of the boat and it warps like a whipped.

Knowing in practice these disadvantages of planing boats, not versed in the intricacies of the hydrodynamics of the average consumer, I’ll take the path of least resistance. He’s just limited to the most necessary fishing or on a trip and will sit in a boat all alone or in the company more lean man. The inquisitive lover-vodnomotornyj, not wanting to tolerate the existing state of Affairs will pick up screws, to experiment with the angle of the outboard motor, drive on boat wife and children, transplanting them from place to place in search of optimal load, and do God knows what, up to mirror polishing of the propeller and the whole underwater part of the motor. Unaware to both of our heroes that a long time ago there is a simple device that really saves you from all these drawbacks in almost any planing vessel. This so-called transom plate that extends the bottom of the ship for his transom and well known shipbuilders. Transom plate is a metal plate mounted on the transom at the stern of the vessel in the plane of the bottom. The length of each plate is equal to 2-3% of the vessel’s length at the waterline, and the width of the transom is 1/4,1/5 of the width of the body on the cheekbone. For the motor boats and boats of 4.5 to 6.5 m these dimensions are respectively in the range of 150-200 mm 75-120 mm. Rigidly fastened to transom plate with a fixed slope are not a panacea to these problems and besides is not strong enough, which is inconvenient when transporting the vessel and the descent of its water. Adjustable screw-blank-type of lanyard improves the design but doesn’t make it easy. It is not known whether all these troubles with his boat, American inventor and passionate vodnomotornyj Charles Bennett or not, but either way he created the original design adjustable trim tabs, combining them with hydraulic struts of adjustable length. In 1959, Bennett tested his creation, and the results exceeded all expectations: with the wave of a magic wand, all the typical planing vessel deficiencies have disappeared. Boat Charles showed so good performance that it gave the inventor the idea to open the production of these trim tabs or Trim Tabs as it sounds in English. And now, for 45 years, Bennett Trim Tabs are installed on the planing as keeled and flat-bottomed vessels with a length from 15 to 80 feet.

The main purpose of adjustable trim tabs — improve the dynamics of the vessel when entering the planing. Simply put, if prior to the installation of this device to your ship took a little while to exit the slide, with bow thruster this is happening in just a few seconds. 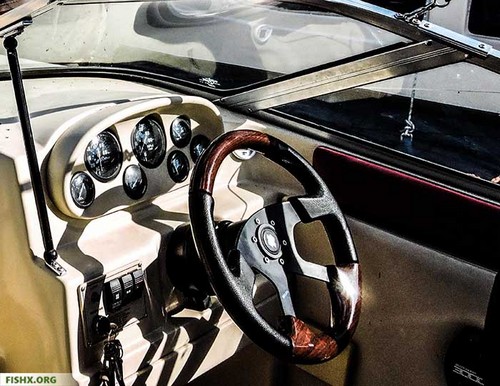 The presence of the hydraulic, controlled by the length from the driver’s seat of focus allows you to adjust the angle of the trim tabs Bennett, achieving the optimal angle of planing for any vessel. This ensures access to the slide and when you increase the payload on the boat. If passengers will sit closer to the motor in order to admire how the “wave running from the propeller at the stern, and lost track of them away”, the driver of the boat could not get up from the seat, a simple click on the dashboard to change the running trim, and the ship will lose speed. Because individually, a Bennett plate can be adjusted independently, directly on-the-go easy to align the roll to one side, as soon as your companion, weighing a hundredweight, will decide to sit on plancher to frame the face to the refreshing breeze. Such a device is very useful for keeled vessels with a bottom in the form of a deep “V” where the roll to one side due to incorrect load — a permanent phenomenon.

As a rule, when reducing the engine speed planing vessel “sits” in the water, the wetted length of the bottom increases, and the boat loses speed. Adjustable transom plate Bennett allow you to pick such an angle that the ship can glissirovat and at low speed, which saves fuel consumption. By the way, this savings occurs during acceleration and planing: changing the position of the trim tabs, you can achieve extremely fast access to the slide without changing the angle of the motor. The engine thus operates in the power saving mode and consumes less fuel.

Lovers of water skiing Bennett Trim Tabs have a significant service. Usually for towing a skier requires outboard motor with 40 HP, same transom plate with engine 25 HP is pretty easy to implement. In addition, since the astern motor boats equipped with Trim Tabs, is formed not so steep “hill” of the wave, the skier can feel confident, not afraid to be in the water on the tow rope as the bait for trolling. On relatively large boats or boats with a length of 5.5–6.7 m installing adjustable transom plates will give the ability to tow multiple skiers or inflatable rafts for skiing.

Bennett Trim Tabs are available in different sizes, so they can be matched to any planing Motorboats or boat length from 4.5 to 24 m. the Device can be easily mounted on the transom of a vessel without requiring major technical intervention, and is so reliable that the company gives a 5-year guarantee uninterrupted operation of Trim Tabs. Additional accessories such as Trimdicators (indicators of inclination of each plate), automatic position control plates, depending on the driving mode Auto Tab Control and other, greatly facilitate control of Trim Tabs, but are not included in the package. 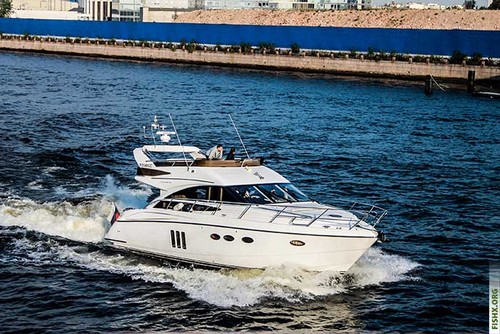 And if you are tired to deal with the selection of screws and other arts, if you don’t want to spend precious vacation time for many rearrangement of the baggage in the beloved but capricious like a girl, a boat — note the Bennett Trim Tabs. The game is worth the candle, and then, what vodnomotornyj does not love fast driving?!