Apply snap-in to catch a Cupid on hair are extremely rare and rightly so. In contrast to carp and carp not carp swallows the bait, and begins to chew. From this we can assume that once the fish gets to the hook, she will get suspicious and leave. Thumbing through fishing forums and magazines, I met a lot of notes about what Cupid take on hair accessories, but hooking it was very rare. And probably the reason for such failures lies in it.

But let’s consider the General provisions regarding the hair snap. Rigging for catching carp on the hair should be first and foremost reliable.

Not only that, she must have the next qualities: 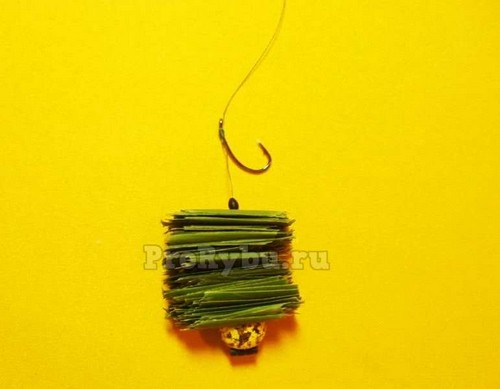 Mandatory compliance with the conditions with the tip of the hook down. Open stinger hook may scare off or simply alert the fish, but its much easier to reel in.Before using equipment for catching on hair, many of you, including me, encountered one problem. It’s a single sweeps when using hard baits. The snap-in to catch a Cupid for hair can solve this problem as the mechanism for hooking in here is different.

This is achieved by mounting the nozzle on the hook, and secure it to the mount. As soon as Amour swallows the bait, then to follow her in the mouth should be sharp hook. Cutting occurs at the moment when Cupid tries to spit out the bait and begins to move her mouth.