Underwater camera for fishing in the winter allows you to see what is usually hidden from the eyes of the angler. It can help to determine whether under the hole fish in General, behaves as a bait a particular depth, whether she is interested in fish. 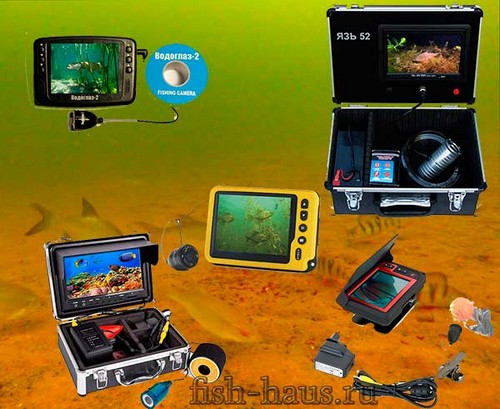 Sometimes the information received with its help is invaluable and allows to achieve good catches. And you can record videos and show your friends or other anglers.

Characteristics and parameters of underwater cameras

When buying an underwater camera for ice fishing should pay attention to the parameters indicated by the manufacturer. The first is to look at:

The sensitivity of the winter underwater camera is measured in Lux and indicates the General illumination value at which the device can give a visible image. The smaller the number specifying the sensitivity the better.

For underwater shooting, you should select the device with the sensitivity index of not more than 0.5 Lux, the camera sensitivity is 0.01 Lux are highly sensitive. For shooting winter fishing is a very important indicator. High sensitivity allows you to shoot at greater depths, at dusk and during snowfall, without illumination, and to see fish at a greater distance from the wells.

All modern winter underwater cameras are available in color. Rare to find in the sale of black-white model — typically a device with very high sensitivity or the old model. Monitor camera also make colored.

In most of such devices a color video signal is encoded according to the PAL system. If for some reason the computer or the monitor shows a black and white image, most often it is a conflict of devices that incorrectly perceive this encoding.

Resolution underwater camera for ice fishing is the quality of the image it can help to. TLV is measured in television lines. Standard for ice shooting is considered to be permission 700 TLV. Makes no sense to buy a too-sensitive camera, as the dregs from the bottom, water, poor lighting, and a number of other factors will affect image quality more than the camera resolution.

Angle — a value that shows the sector image capture camera. Underwater camera it is about 90 degrees. Too large an angle reduces the image clarity. Some manufacturers are producing boxes with two cameras to capture images and the clarity to keep it.

Maximum immersion depth shows how deep she can run stably. In store sales sometimes cheat and point instead of setting the length of the cord. In the case where underwater filming is held too deep, the camera can vent and fail.

Typically, the immersion depth is indicated in meters in the denser water, such as salt maximum depth of the camera will be slightly less than in ordinary fresh water. It is recommended to choose the minimum immersion depth at least 8 meters.

The operating temperature range of the camera shows the conditions in which it can work. For most, it is from -20 to +50 degrees Celsius. Under water remains a fairly stable temperature of about 4 degrees, which is gradually reduced to 0 during the ascent.

Largely operating temperature range determines the rechargeable battery, which is equipped with an underwater camera. The work in the frost may not will bring it down, but greatly reduces the work time from a single charge.

Time battery life is indicated in hours. The figure is rather arbitrary — too many factors affect this figure, to take into account all of them hard enough. So the battery worked fine, it is recommended that the first time you use it completely discharge and then recharge.

You should also pay attention to the characteristics of the battery, its voltage and current, and possible replacement. If the battery is out of order, and to buy and deliver another not — will have to buy another camera.

The presence of illumination in underwater camera for fishing — quite a controversial figure. Fish in the winter quite shy and accustomed to the permanent twilight that reigns under the ice. The light source will not go unnoticed, and maybe as a scare, and to attract underwater creatures.

To keep a low profile camera, some manufacturers make infrared lights. Normal illumination is done by led or special lamps. Without the backlight in most of the ponds can be removed to a depth of not more than 4 meters. In the murky waters of the backlight greatly reduces the visibility range of the camera.

The camera itself is lowered into the water on the cord. In parallel with the electrical cable, which sends the signal and power.

It is desirable to raise and lower the camera on a simple cord, because the rupture of the cable strands to find a new one will be problematic, and cable twisting will reduce the image quality. On top of the camera connects to a monitor that shows a picture of the angler. Many devices allow you to connect additional monitor in addition to regular.

A useful option — the ability to connect an optional memory card. It is possible to shoot longer than usual, but also store the footage with the camera. USB interface allows to connect the camera to the computer to download images and edit them in video editor.

Also it can be used to connect a flash card. Usually, all connectors are located in the upper module where the battery and the monitor. The monitor is desirable to test on the street before you buy — it should not fade in bright sunlight.

Price — an important indicator for most anglers. Don’t count on a good camera for 3000 rubles. Just suitable for underwater shooting is possible to buy 10000, and 20-25 thousand you can purchase a decent model. The upper limit of prices is not limited, in shops there are models over 30, and over 150 thousand.

Underwater camera for fishing in the winter — what to choose

Best underwater camera for fishing in the winter Top 5: 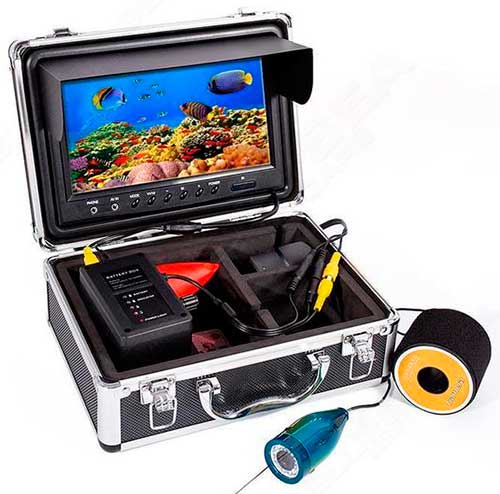 Quite good model, decent battery capacity. All equipment for underwater photography assembled in one convenient suitcase. The camera operates down to -30 degrees. There are led lights. Disadvantages — the price is almost 30,000 rubles, the entire module is quite heavy — about 5 lbs. AVT All-Around-50 R sold well enough, perhaps due to the good combination of price and quality. 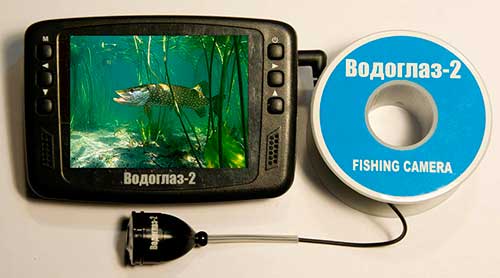 Models from this manufacturer are very inexpensive, but the quality can not count. However, some anglers are happy with them. Vodolaz-3 — good model, but is a little more expensive than others of the same manufacturer. 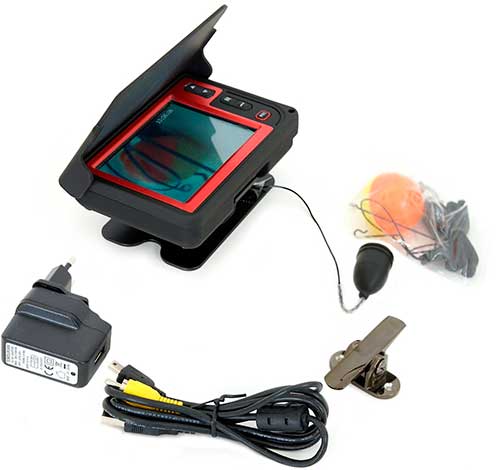 Cameras have roughly the same characteristics that AVT for a similar price patterns. A pleasant option — built-in depth sensor and the compass, which helps easily identify where the camera is looking underwater. Popular model — LQ5025LR 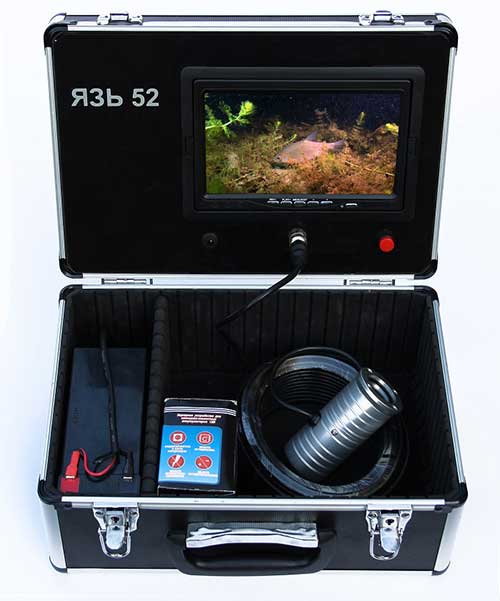 Kits IDE uses high-quality Sony camera with a good resolution. Some of the problems caused by the battery, but overall the models are worthy. Popular model IDE-52. 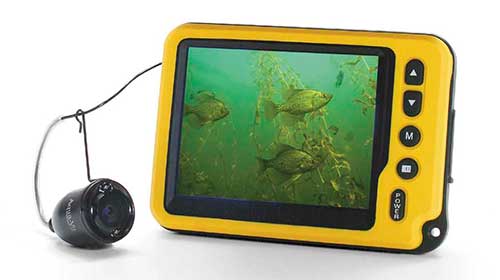 The first company that began to produce models of underwater cameras. In 2017 model released HD PRO 10i. Disadvantages — the menu is in English.

One Comment on “Underwater camera for fishing in the winter”