Here are three ways you can rig the ribbon tail worm to catch either suspended bass or bottom-hugging bass.

The lively tail action of the ribbon tail from the BioSpawn ExoRibbon makes it one of the most versatile plastic worms. You can swim the worm, drag or hop a BioSpawn ExoRibbon along the bottom or lift and drop it through branches of standing timber or sunken brush piles. The worm’s unique tail action also makes it ideal for night fishing because bass can hone in on the worm’s vibrating tail as it falls through the dark water. 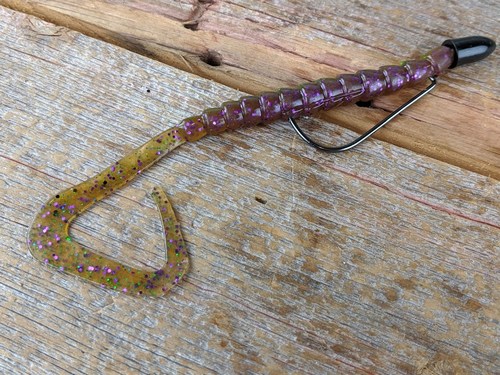 This is the most conventional and popular way to rig the ExoRibbon will be a Texas Rig. The Texas rig consists of bullet-shaped weight which can be pegged or unpegged and a worm hook ranging in sizes from 2/0 to 6/0 depending on the length of the ribbon tail worm.

Rigging the ExoRibbon with an unpegged sinker works best when you want the worm to fall slowly and swim through the water column to catch suspended bass. The unpegged sinker falls faster than the worm to allow the worm’s tail to move freely whereas a pegged sinker tends to inhibit the tail action of the worm. 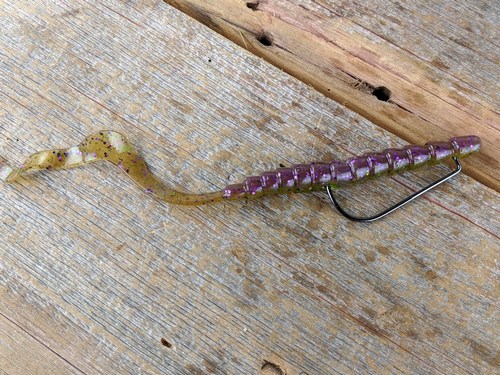 A Carolina-rigged ExoRibbon works best when bass are foraging on baitfish close to the bottom. Drag the worm behind a 3/4- or 1-ounce egg-shaped sinker on a 2- to 3-foot leader line to get the best tail action out of the worm. 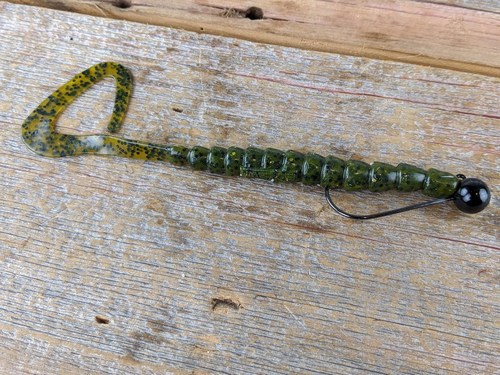