Not every angler has sufficient financial capabilities to purchase separately sounders for winter and summer fishing. But what to do if you want to use the innovations of modern technology all year round? In this case, you should pay attention to the universal echo sounder for winter and summer fishing, which will not depend on the time of year and to fish not only from the boat or shore, but also off the ice.

Characteristics of the universal echo sounder for winter and summer fishing

Universal sonar for summer and winter must have the following parameters:

One of the best budget models universal sonar today. Dual-beam sensor allows you to monitor everything that’s going on under the water. Black and white LSD screen with a resolution of 240х160 pixel has 16 shades of gray.

This monitor displays a clear image of the bottom relief, it is clear the Parking lot of fish and various underwater obstacles. The sounder is able to scan depths up to 240 meters. Its average power is 200 W, and a maximum of 1600 watts.

Among the advantages of Humminbird PiranhaMAX 175xRU should note the following functions and features:

Among the minuses I want to note:

This versatile wireless sonar for winter and summer fishing proved itself perfectly for use in both fresh and salt water. As a result, it is perfect for those anglers who are accustomed to vast open sea, and for those who catches on relatively small ponds. 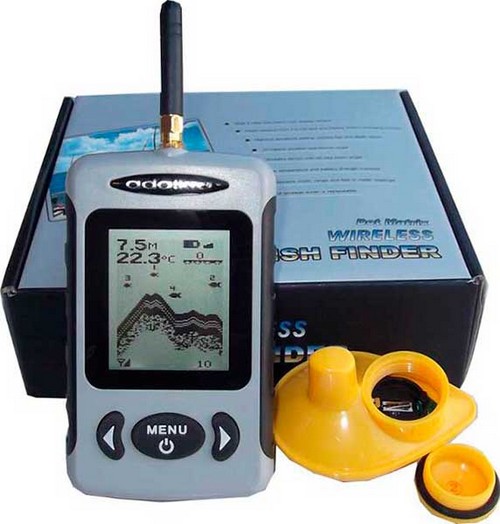 The sensor from the monitor sounder can be located at a distance of 100 metres. Equipped with a warning system which is triggered not only when finding fish, but also warns of the approach of the shoals, allowing you to avoid unpleasant incidents while fishing.

Despite the fact that the device has only one beam, but the angle is 90. Includes transducer, made in the form of float. Stated scan depth is 40 m. the Combination of price and quality makes this Fishfinder is a truly worthy model, which we can safely recommend to anyone who is looking for not very fancy, but steadily working the sonar.

One of the best representatives of the Russian line of modern fishing sonars on the market. The domestic wireless sonar is particularly popular among fishing lovers, as it is specially designed for our waters and weather conditions. 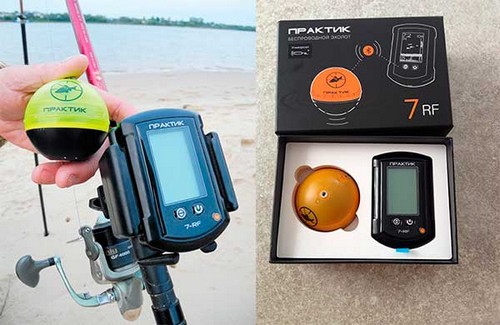 It will become an indispensable companion of the fisherman both winter and summer. When using sonar in the winter, this is connected to the sensor via cable. One of the most important benefits of Practices 7 RF Universal is a lightweight shock resistant casing, having a good buoyancy.

A little surprised at the high price of sonar, released in Russia, but quality and reliability is still worth the money that he will have to pay.

When choosing the right universal sonar every angler repelled by their tastes and desires, but still some basic settings to try to stick to all fishing enthusiasts.

Preferably universal sonar not to use when severe frosts — some elements may fail. Nevertheless, if such a need exists, it is best to keep the device under your jacket and do not leave outdoors.