This fall was in search of more cheap analogues of famous lures such as DEPS, OSP, ZIP BAITS, RAPALA and these searches proved to be effective. My boxes filled with new lures, which are not inferior to the originals.

In the first part we will consider up large crankbaits (130 mm), namely Rudra (Rudra OSP) and Balisong (Balisong DEPS). Fortunately, there is something to share… 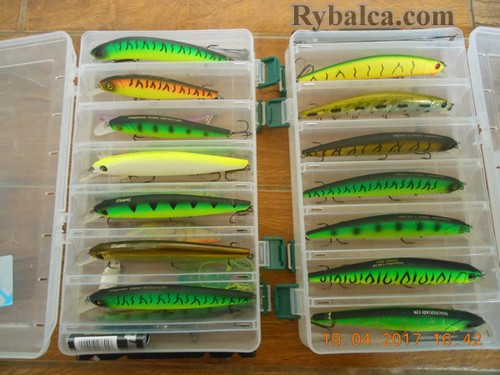 In the end, Wobbler, which helped many famous people in the fishing world to become Champions. Like somewhere heard that is a favorite Wobbler Alexey Shanin. So.

Price of Rudra about 20-25 dollars and if pull on the snag, the loss cheap. 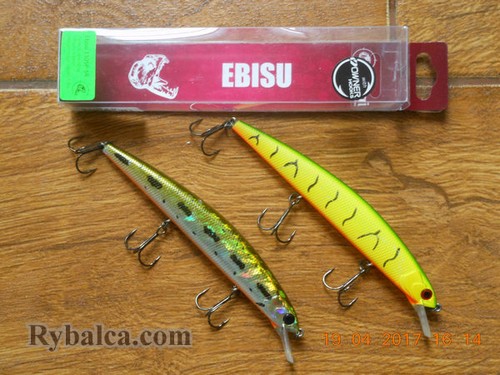 The first bait-a copy bought on the advice of a sensible seller at the bait shop. Cost about 8-10 dollars. Cheaper. Affordable. Unfortunately, not much inferior to the original in the game at short distances and the quality of the materials, but it is not critical.

Meet, his name is USAMI. The same 130 mm, the same shape, only the penetration is a little different. On the box claimed up to 1.8 meters. Although fishing alternately changing the original Rudra and her fake strong differences are not noticed. Experienced yet four colors: acid, straight (verkhivka), straight (forelka) and mattier. Checked for many fishing, the result is: catch all.

The second bait is a copy of it is my merit. Her honor and praise. Once I was glad USAMI, as I bought the “Flagship” for the familiar shape. I looked at the price tag, I didn’t believe. It’s only $ 5. I thought, “bullshiting”, but took a sample. A miracle has happened. This is the most sought perfect copy of Rudra. 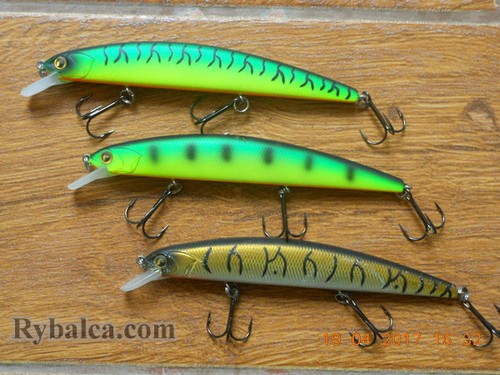 Flagman HellCat – roslavle the first cast. Of the minuses are: the quality of coverage and quality of hooks (preferably replace). And how was my first color I bought, the lure has a split-level floors. Top paint starting after the teeth of a pike a little shearing, and under it was another brilliant. Don’t even know if you can call it a minus.

Bought some more in other colors, including mattier. Really time for a thorough inspection was not.

So struck by the price on the HellCat, bought them and their friends. No joke, for the price of one Rudra can buy five analogues from the Flagship. There is something to think about. Whether OSP overprice, whether the Flagship from time to time lowers, thus, filling customers. 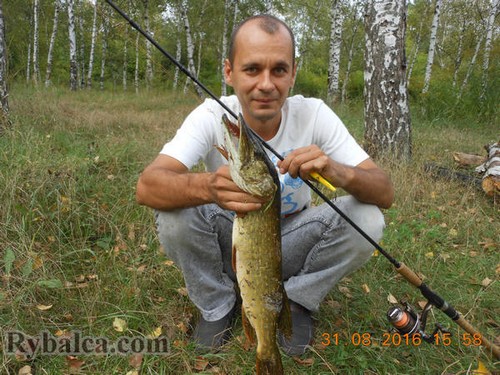 Along with the “OSP Rudra” they were looking to replace another expensive (20-25$) and the famous lure of the Balisong from the company Deps. Long search was not necessary. Apparently the firms which produce counterfeits, well-monitored top 10 ulovistye baits. USAMI is no exception. 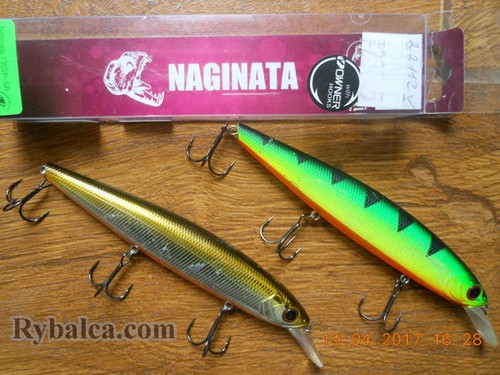 USAMI. When dug on the forums, it turned out that this model of anglers have already had a good ground all the bones. At the same time a little laugh. As it turned out, the Chinese indeed copied the bait, but incorrectly gathered her stuffing. More precisely the system long cast. Now this is a copy of the balisong without receding back of the ball. Of course there are problems on the cast – frequent overlaps and somersaults in the air. Sometimes the mood is brought.

Because of a defect in the water sounds completely different. USAMI is much quieter crazy drum-of the original. However, this bait has brought me the most trophy fish. In the photo just below pike of 7,5 kg caught this fall on it. My diagnosis: deserves a place in the box. Catches fish. The price is 8-10 dollars. 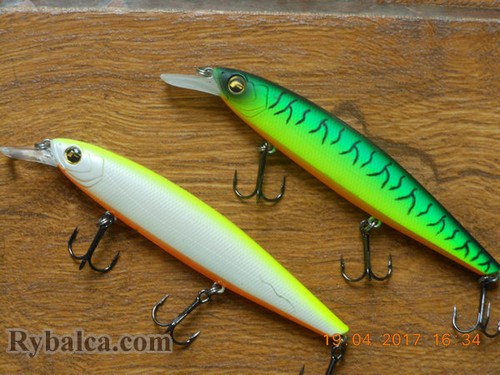 The next fake is interested in parallel with the model’s Flagship HellCat (hung next to the window). As You understand, we will talk about another phlegmonously the bait. It’s slowly sinking fake Balisong with a nice price of $ 5. Absolutely no different from the original. Noise, noise and hullabaloo is the best work for active pike. Definitely good work near noisy places, namely near the dam, bridge and TP.

The above mentioned lures-Minou different in sound and application. Wonderful complement each other. Great catch. Recommended for purchase, however not every newbie will be able to calmly cope with the reflux of USAMI. 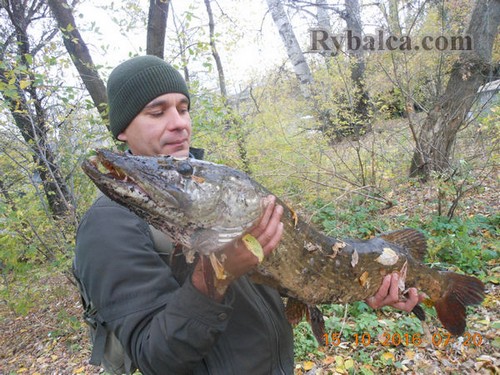 Now one paragraph about the pike fishing on the above-described bait. When I got my first Balisong, I thought, “Oh, if it was quieter…”. As his praise, but the universal “DEPS Balisong” is certainly not called. There are days when there’s no bites at all. USAMI in this respect more loyal. He catches when the original is silent, but may lose the original signal.

Conclusion from the above do it yourself. Decide for yourself. Shakespeare: “to Be or not to be…”