Don’t know whether Zander was prepared for kings, but the name of the dish clearly requires. Performing all kinds of products, the question arises: “How many chefs worked to create just one dish?”. 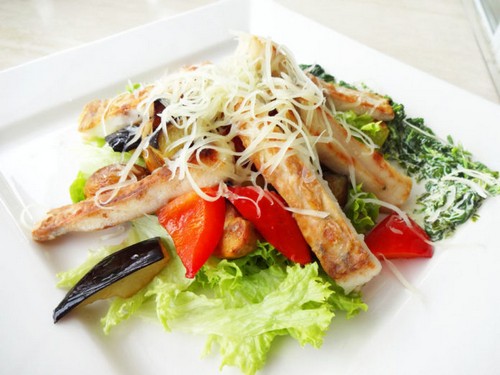 But to try to cook perch like a king should, at least once to taste the food of kings. Besides, Royal treats, no doubt, will be the main dish of any celebration. 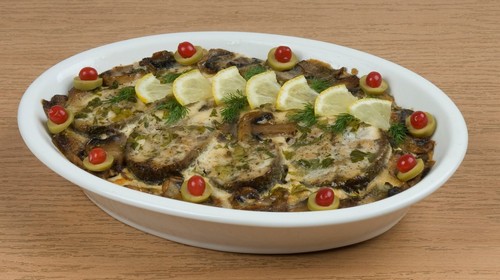 1. Fish cleaned and cut into fillets (be sure to remove all bones). To cut fillet of pike-perch medium-sized pieces.
2. Grate cheese on a fine grater.
3. To take the porcelain form (can be small, but not necessarily deep), grease it with butter (10 g), sprinkle with breadcrumbs, they put the butter, chopped into small cubes (approximately 50 grams) and two tablespoons of sour cream.
4. Then spread in the form of a fish, cover it with salt and grated cheese.
5. Spread on top of cooked chestnuts and pepper.
6. Then repeat all the layers again: crackers, butter, cream, fish, etc. Do so as long as the form is filled almost to the brim.
7. On top of all pour a glass of hot water.
8. Next, begin to prepare the dough: beat butter to a froth, add to it sour cream and flour. The batter should be cool but soft. Then roll the dough layer with a thickness of about 5-7 mm.
9. Cover this test our form, which laid the fish and other products. On top of the dough grease with beaten egg.
10. Preheat the oven to 180°C and bake until then, until the dough is browned.

All the famous Royal treats ready. However, this dish is supposed to cook in the oven, but the oven turns out not less tasty. 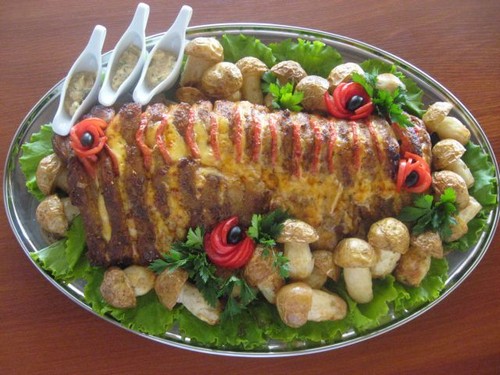 Preparation:
1. Have to perch on the fillet and cut it into serving small pieces. Sprinkle them with the juice from one lemon, to taste salt and sprinkle with pepper.
2. Carrots and onions shred into strips and fry in oil (butter).
3. White mushrooms (if you dry, then they need to be soaked for half an hour) cut into stripes, add to the vegetables in the pan and fry all together for another two minutes.
4. Then take a pan, grease it with oil (vegetable), put it cut perch fillet, cover with mayonnaise (you can substitute milk mixed with the beaten eggs or sour cream, flavored with spices).
5. For the mayonnaise, put the fried mushrooms and vegetables, sprinkle it again with salt and pepper (a little, don’t forget that mayonnaise is also salty). Add a little sugar (a quarter teaspoon) and sprinkle everything with grated cheese.
6. Place the baking sheet in the oven (180°C) and bake for half an hour. 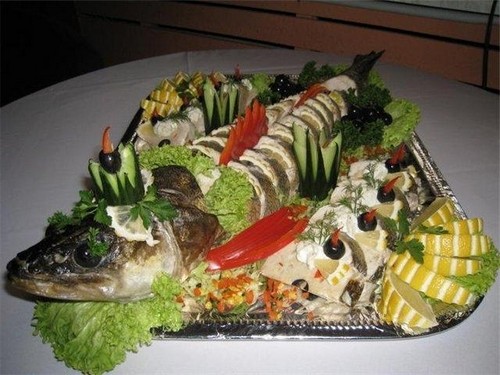 Preparation:
1. Fillet of fish cut into slices of medium size, add salt them, zapaniruyte in flour and fry on medium heat until Golden brown (the inside of the perch should be slightly damp).
2. Onion cut into half rings and fry in oil (butter) until pale Golden brown.
3. Mushrooms or any other mushrooms finely finely chop, pour them into the pan to the onions and fry all together for another five minutes.
4. Boil eggs, grate them on a coarse grater and mix with onion-mushroom mixture. Allow about 10 minutes to cool.
5. Then add it to the cooled mass, a little mayonnaise and one mushroom cube (try the taste, not to get too salty).
6. Grease a baking tray with vegetable oil, put in it pieces of fried perch on top of a mixture of onion, mushrooms, mayonnaise and seasonings, sprinkle with cheese and bake for at least an hour.

As you can see, the last two recipes is much easier than a real perch royally. But they really help out when guests are almost on the doorstep and you need to quickly cook something tasty and original.