Two hundred kilometers from Moscow, among the picturesque hills lies one of the oldest lakes of Russia — Nero. Its surface looks many centuries the city of Rostov, anciently called the Great. Recently, even the most demanding hunter gladly would have spent the evening dawn spills of Nero, hunting from a boat or a tent with a decoy. 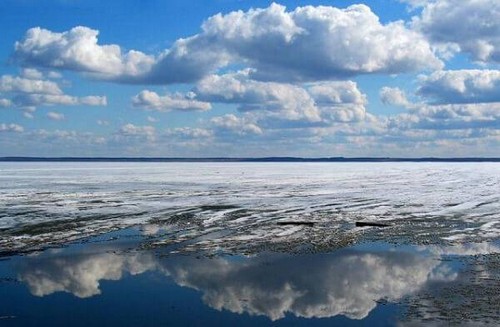 The equipment of the local Amateur hunting on lake Nero is extremely cumbersome. According to the canonized list of the Rostov veteran Nikolai Rezchikova, in order to shoot on the lake duck hunters in the fall is necessary 86 items with a total weight of approximately half a ton. It’s a joke, of course, but it is very similar to the truth. In addition to decoy, guns, ammunition and food, the hunter takes with him to the boat stove, kerosene, sometimes lantern, clothing, boots and much, much more.

Difficult for local enthusiasts and the cultivation of noisy decoy, the development of techniques and rules for sit-hunting. More recently, the lake was forbidden to shoot in flight as a duck willing to sit down to a plant and to deter them from their or someone else’s tent was unwise. Shooting at flying game was allowed only during the day from the entrance, in the thick reed jungle. Hunting on lake Nero, has left an indelible mark in the poetic soul of the hunter. The walls were impenetrable thickets of cane, dozed povit fog Creek with water lilies on the black water, dragged a broken boat hunting “roads”. In the evening or the early hours this expanse was filled with the magical charm of the wild, fussy, enigmatic life. Was pokracovani duck in the reeds, gently squeaking ducklings, occasionally snuffling the Heron and the bittern boomed, echoed the middle of nowhere and snipe, water boiled from carousing of fish schools. The feeling of the Motherland, generous and beautiful, covered person, make him happy and proud, and helped to live. And this expanse lay in the heart of Russia, a four-hour drive from Moscow.

From the former the delights of duck hunting on lake Nero, alas, now only a memory. Local cane jungle vanished as if they never happened. The silent backwaters and channels, not flying over them skittish mallards and shovelers, do not cut the air at lightning Teal. Hunting on lake Nero is practically no longer exists. Shoot, there can, perhaps, only in the short days of the autumn migration of the Northern “black” game.