The right of hunting in Denmark is directly related to tenure, very few landowners rent the hunting grounds of their estates on lease. Since medieval times, the king is free to hunt on all public lands, in fact of these lands having fun with a gun foresters and foresters, rent a tiny part of the lands of the state forest. 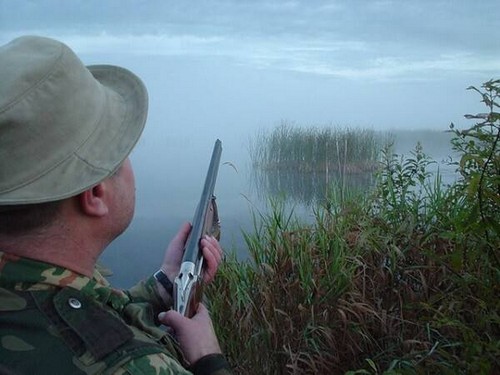 In Denmark there are about two thousand hunting groups, clubs and societies. The largest of them Danish hunters ‘ Union.

Control service in the country is put very clearly. Ten special state inspectors, each responsible for a district, travel a lot, instruct hunters, landowners, forest service. Headed hunting Hunting Denmark a special Council appointed by representatives of the Ministry of agriculture, forestry Department, nature protection Society, the leading hunting and other interested organizations. The activities of this Council is primarily expressed in the establishment of effective control over the implementation of legislation on hunting and the preparation of new legislation. His work is closely linked to the activities of the research Institute of biology of the game, whose pilot estate Calais is famous in all the Nordic countries.

Because Denmark is characterized by hunting small game, every landowner, to the small farmer inclusive, has a dog. Cops dominate German short – and wire-haired, all three breeds of setters and pointers. As many spaniels and retrievers, used to hunt duck and snipe. Common for hunting in burrows on the Fox many hunters keep dachshunds and Fox Terriers. Hunting for deer in October used hounds.

In Denmark, every owner of land to himself how much and what kind of animal he intends to shoot in their possessions — his private business. For shooting deer and other ungulates it requires neither a special license nor any minimum land requirement.

The DOE, which is among the ungulates the most common Danish trophy hunters, often kept in fenced parks, but a lot of it live and on the loose in the Northern Hollandia, South Ellandi, Lalandii and fin. Local horns-deer are very large, and the horns of the inhabitants of the land Wedellsborg and Ravnholt treat major trophies are world class. Because the law sets very loose terms of hunting for deer, shoot the horns are usually not on a roar, and on the eve of the breeding season of these animals. At this time, many landowners sell the right of shooting the horns on their estates, and for the major trophies will be charged up to 500 – 600 us dollars. The most common way of hunting — with the approach or entrance on a horse-drawn carriage.

Red deer in the country are usually not very monumental, nevertheless, in recent years increasingly found the horns, weighing 8-9 pounds. The shooting of this animal in Denmark is allowed from 1 September to 28 February, but hunt him mainly before the start of the roar.

On males of the deer hunting in Denmark is during the summer from 15 may to 14 July, from 1 October to 31 December allowed the shooting of deer of both sexes. If in the summer they shoot, usually a bullet with the approach, usually applied in autumn battue hunting with beaters or short-legged dachshunds, combining shooting with driven hunting hare and Fox.

Deer-Sika acclimatized in Denmark just a few decades ago and more recently, all hunting was prohibited. Now a small number of its shoot at the same time that males of the deer.

What is particularly fond of the Danes, so it is with pointer hunting woodcock. In the spring the law prohibits to hunt before sunrise and after sunset. Therefore, the shooting of woodcock on draught, local hunters do not practice. But from late March until the closing day of this short season, April 7, they hunt for woodcock with a dog. In good land the company takes from 3-4 hunters per day 40-50 long-nosed. From the poor hunters equally popular and hunting for waterfowl, primarily ducks held from a boat and from the shore. There is even a special Association of hunters of the coast of Denmark, primarily focused on the protection of the interests of the owners of coastal areas.

Grouse shooting hunting with the setter, alone or in groups of 2-4 hand. Pheasant and hare are also with a gun dog. In large estates used driven hunt involving 8-12 shooters; their daily output in good lands often reaches thousands of pheasants and hares. Of these dectaration, if desired, be implemented in a distribution network.

1 August open hunting on wild pigeons, which is very popular among Danish hunters. They lie in wait from susedoc arranged in the feeding places of birds. This hunt also can be very profitable. A personal record of one of my friends topped, at least a hundred pigeons.

In Greenland, as well as on small Danish Islands and fiords of the North and Baltic seas allowed to hunt seals, walruses and other sea mammals. However, it is very difficult and is not so massive Amateur nature.