Hunting of animals in the tropical forests associated with incredible difficulties. I myself experienced it in Cameroon.

The hike through the rainforest takes to do everything. More than once we moved like sleepwalkers, shrubs and the thistles tore us from all sides, but we were only thinking about those few metres that saw before them. When they met the river, then walked in its direction, as on a good road, with the only difference that moved knee-deep in mud. More often than not, we had to cut our way through with a machete, resulting in dense Bush formed a kind of tunnel. 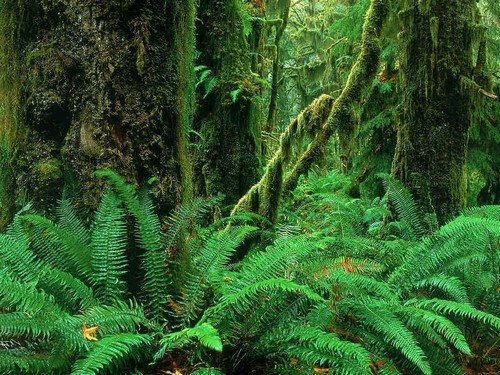 The first day we were on the road eight hours and only made one stop. During a halt, the Ambassador told me:
— Your shoes, sir, was not the best.

I looked at my feet: the Shoe’s on them. I didn’t even notice when I lost it. The fact that I was barefoot, I felt only deep in the rainforest. The same thing happened with the shoes my two sons accompanying me. What to do? Had no choice but to ask for help from our black conductors. They lent us their spare shoes. It turned out to be small. We had to remake it, using a hunting knife, which you can buy, as in hunting-fishing store and workshops. Varieties of hunting knives are classified by applications. There are knives for cutting the carcass, finishing off the wounded animal and universal knifes that can be used, for example, for slicing, or cooking.

Our cameras started to get mildewed. Between the lenses there was mold apparatus is not operated, the film is damp. I was very depressed by all this. We were in the heart of the amazing, fantastic nature, and I was deprived of the opportunity to capture it on film.

Savannah was soon left behind, we entered the rainforest. The path was barely visible, and our guides had to cut our way through. Sometimes we clutched at the prickly bushes or vines. Wet the soil gradually turned into a swamp. The movement was exhausting and difficult, and we were literally pouring sweat. In dense thickets of visibility on both sides were only a few meters.

After about an hour we reached some kind of logging where you saw the abandoned village. Tall grass that hid the hut, was a Testament to the fact that there has long been no people live. We remembered how rampant sleeping sickness in Central Africa.

Immediately behind the abandoned village, our guides stopped and began to listen. We walked slowly on, several times changed the direction, but in vain. It seems that the chimp was already gone.

Suddenly in the dense vegetation right in front of us there came a high-pitched squeal: a flock of chimpanzees in few steps from us! Minute we wait is a moment of highest tension. We see nothing before him except the green wall African tropical forests. Unexpectedly low to the ground on the branches of a mighty tree appears a dark figure, resembling a broad-shouldered man of small stature. In the next moment we see a large chimpanzee who glares at us small spiteful eyes. Before we were able to make a shot, he disappeared in dense thickets.

Slowly approaching the spot where we just saw him. Our guides remain behind. We hear crashing around him, movement of some animals and different voices, but see nothing: here is incredibly dense thickets. At some point Frank saw the shadow of about eight meters away, fired, and immediately there came a wild scream. Among us there was panic. We hear cracking branches, we do not know whether this chimpanzee chasing enemy, if they cannot be resolved on flight. Two of them we continue to hear in one place and carefully approaching with his gun at the ready.

We hardly make their way through the thicket, which in case of danger would not allow us to aim. In the end we find ourselves on the spot where he wounded chimpanzee: the bullet broke his back leg. He looks fierce, his eyes burning with hate, and only a wounded leg prevents him from attacking the enemy. The second bullet hits him in the mouth and passes through the lower part of the head, but it’s not like he really hurt. It is hard to get, because Bush still hides. 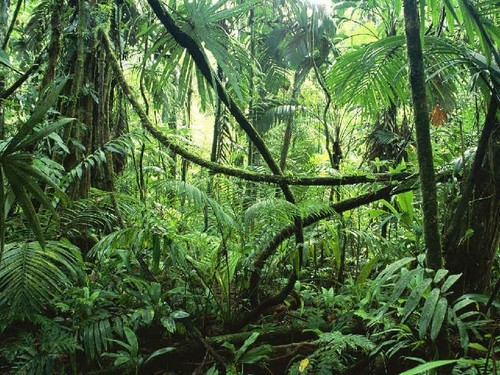 Frank tries to take one last shot, but the shutter does not fire. Suddenly a chimpanzee lightning goes on the offensive, but it catches up with the shot of my gun and he falls ten feet away from us. But now he’s not dead. Africans have to finish him with a spear.

Another minute near you hear the thud, a crack and a scream, then the noise is gradually removed, and we are preparing to return. Both Africans cut down a young tree and tied to it with vines monkey. In one hand she shot a chimpanzee a piece of rope, but the foot ripped to the blood, apparently, he still fell into the trap set for antelopes.

There was nothing to think that our guides will be able to pass through the forest with such a large cargo. We went down to the nearby Creek and made it mainstream that many miles on the sand, then through the swamp, stepping over fallen tree trunks, completely soaked until I got to the place where the Savannah and where the going was easier.

Alfred Brehm tells of a chimpanzee that lived with him: “He is now vigorous and active from early morning until late at night, constantly looking for what he would do, pop the hand on the soles of his feet as well, as I usually do with small children. His gait at first it seemed very awkward, but in reality he was nimble and agile with every movement. He’s going like all APE on all fours, giving an oblique direction to the case as his hands rests on the bent fingers and at the same time, or one puts the rear limb between the front and the other outside them, or both rear legs pushes between the front arms.

However, if it happens something to wear, he straightens up, and one hand rests on the ground, and moved like a peculiar and deftly as before. Just in case any particularly strong excitation, for example when he thinks that caring for them wants to leave without taking it with you, chimp straightens up to his full height, that is, on the hind legs, not leaning arm, but he pushes the hands, somewhat bent at the elbows, and keep them on the same level with the head to maintain balance. His gait when moving on all four limbs uneven, but moving forward he’s still so fast that the person can not keep him.

On provided gymnastic apparatus chimp is busy from morning to evening and can use them in so many ways. He loves to swing, climb up and down the cantilevered staircase, tumbles back and forth on a horizontal pole and even with perfect dexterity performs various gymnastic exercises, although they he was not trained. No matter how he feels confident in handling the known gymnastic apparatus, however, whenever the subject of climbs, which, as it seems, adequate stability, their movements show fear, for example, rocking chair throws him into the greatest embarrassment.