On a cloudy day-the-fields grey, solar blue. If you look into the water — it’s yellow-brown.

Our boat, driven over and paddle my friend slips on the spilled water; we swim through the fields, cross the hay, go around or take the attack thickets of willow and alder. The bushes are sprinkled with pollen us the marriage of their modest colors. 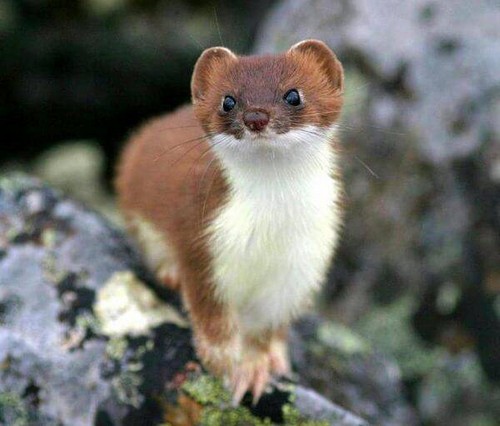 Landed on the island. If not ceremony and willows on the banks, but not my knowledge of the outlines of the low-lying shores of this island, one would not notice it. We came here for a evening duck flight. He has already begun, and build a groove means to lose dawn. I’m on a pile of brushwood, a friend of mine goes on and hiding in a boat under the rare Navico bare bushes.

I can hear bubbling and gurgling in the water air bubbles. This is the land of drinking water. Drink to give birth to neprikosaemye grass. Heard to crack and burst the buds on the trees.

Far above the river moan gulls. Somewhere in the meadows, whistling Whimbrels. A powerful flutter of wings accompanied his rapid flight to the home of flocks of sea Aythya.

Around me rises suddenly a rustle, rustling, crackling. The onset of dusk interfere immediately to determine the cause of the noise. I stare at it and discover that are in a Kingdom of rodents. My pile of firewood, just Noah’s ark, surrounded by countless mice, shrews, moles and rats. They chase each other, fighting, whining and bothering me to watch duck flights. The only reason I yawned a couple of teals. Teal plopped into the water ahead of me and I decide not to pay attention to the mouse’s neighborhood.

It takes several minutes of waiting. The flight of ducks is somewhere in the side or rear. I hear the whistle of wings, hear the splashing and quacking, but other than two vaguely visible Chirkov, in front of me, nothing. But then behind someone thoroughly imported. What is it? Do not dare to look back, afraid to frighten teals. Fuss at the time subsides, then occurs again, further, then closer. Someone is worn, jumps and must be bathed, as I hear the splashes of water.

This is the unknown haunting the side, very close. I carefully turn my head and distinguish between a small animal. Black, with dark erect ears, with a fluffy tail.

Leap forward, ermine cleverly runs on a thin twig, jumping a bump, with her on the stump shrinks into a ball and makes a quick throw. A carefully calculated move — and from the predatory jaws of a weasel heard a death squeak of a mouse. Ermine plays, throwing the prey up, catches it on the fly I. indifferently throws. Then the hunt continues. Hunting is not as a struggle for existence, the weasel is definitely a well — fed- hunting as a cruel pastime. Rather, it is a manifestation of the instinct of a predator.

Ermine is worn on the pile. Here he is jumping and waiting for that next hop will follow in the same direction. But no, almost on the fly he turns to the side. The move freezes so tightly that even in any uncomfortable position he did not falter not a muscle, not one hair on the skin. Sniffing, watching, listening. Then again, jumps, rushes, crawls into the slit, puts the muzzle, moving like mercury, in every nook and cranny and the barrage falls on another victim. Sometimes throw my hunter ends in a blunder, it is unknown what time the mouse manages to hide. Red fish are not chasing her, he understands that there are still dozens of others.

But then I flinch from surprise. The echo multiplies the shot my friend. However, I do not lose sight of ermine. And he though that, he is deaf to everything, selflessly continues to hunt.

I look in the direction Teal. They swim and also did not seem to hear anything. One of them is much larger, obviously Drake. I did not think to shoot. Because it would mean to deprive yourself of a rare spectacle ermine hunting.

And the ermine hunts tirelessly. Has mice, throws and finds the dead again alive. Now he is running right at me. I do not breathe, and he’s two feet from my feet stops in her tracks. I see gleam of his dark eyes, they are intently looking at my boots. What if to move his foot? — I think I do it very carefully. If thrown by explosion, high jumps ermine and headlong, beats a hasty retreat. I can’t stand, jump, whistle and hoot after him.

And ermine is flying without a path. Jumping from hummock to hummock, from a hummock on a bunch of sticks, but could not reach to her and plops down in the water. Fast swimming, a puppy slapping the water with their paws.

Frightened Teal bullet off the water and fly away.

My friend apparently heard the whistle, began to move in their bushes. My friend does not hide pleasure when I see his prey. But I’m not satisfied with less of it and will never forget what happen to see me today.