In my younger years when I did only the first steps in learning the ways and secrets of the hunt, to take the Fox approach for me was the aerobatics. Almost all knowing in theory from experienced and senior colleagues, I have almost two weeks went, making attempt after attempt, trying to take the Fox approach. And finally, when it happened, I experienced so many emotions, this is something that will never be forgotten. 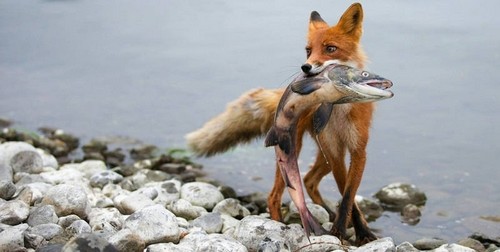 So, what is this animal — the Fox (Fox)? Externally to describe a Fox I tell You, my friends, I won’t, because its all well imagine. The Fox is a fairly common animal (especially in recent years). It inhabits the forests and plains, fields, grasslands, loves to settle in the rugged terrain: ravines, slopes, etc. is Why I say in recent years their number has increased because the demand for Fox pelts almost disappeared, they are virtually not hunted. A Fox hunt interesting. My good friend and great hunter had often traveled to hunt foxes. We took the Fox with him and with the approach, and the pen with the blind. I myself prefer the more running the hunt.

And why hunting is so fascinating? Fox has excellent hearing and sense of smell. It is omnivorous and adapts perfectly to any conditions. It is a predator, and quite nimble and agile. Fox combines two qualities is the careful and at the same time, a very curious animal. She is very smart with an excellent visual memory. She knows his territory, usually 4-6 square kilometers, it traverses it regularly and jealously guards. Will help determine the habitat the Fox camera traps for hunting. On the border of its territory, there are places where the Fox marks and regularly updates the label. It bumps, stumps, quarterly columns, some stone, a boulder detached. And hunters kaplanski use this, set the traps under the trail.

To catch a Fox in a trap – is a science, because it is necessary to know very well her habits. Any hunter should know what animal he is dealing and must predict its behavior in any way. But about the traps I will write separately, my friends, is in itself a separate big topic.

Their territory Fox bypasses, depending on different factors in different ways. First and foremost is, of course, the direction of the wind. She never goes with the wind, always against the wind or side. Still, my opinion is that the Fox is more trust his hearing and sense of smell than vision. She is able to hear the squeak vole a hundred meters. Hence, there is a method of hunting the Fox as the Fox alluring mouse to shot. Seeing mouse the Fox, the hunter with his decoy that simulates a mouse squeak, maybe to lure the Fox to himself. Some hunters are so adept at imitating the squeak with the lips that they do it better than a decoy.

I myself like to hunt Fox with the approach. This method of hunting requires the hunter’s endurance, patience and the need to consider a lot of factors. This, of course, primarily the wind direction. Possessing a wonderful sense of smell, Fox recognizes You instantly. If You are hunting in the winter is also necessary to consider the snow: loose snow or ice. Chemotroph You can give the crunch of twigs underfoot, the rustle of fallen leaves. Hunting as a storage shed, I have used barrels for ammonia, which stand in the fields. These drums have a height of 6 – 8 meters and is quite suitable for this purpose. Unchanged help in the hunt is a pair of binoculars. Without binoculars, my friends, You do not get to hunt the Fox. 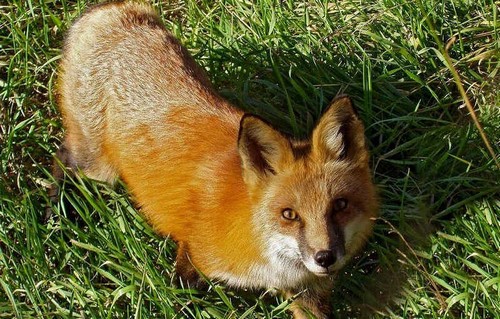 Though Fox has more than one burrow in its territory (usually occupy burrows of other animals), sleeping, or resting it in the open air. She usually selects the slopes of ravines, loves to make a nest in places where cross several ravines. If Fox likes to go against the wind, at maturation it is arranged so that the wind blew from the back to the top of the slope You are unable to go unnoticed. In open fields it lies in the furrows, for cockernee. Likes densely overgrown Islands. At the approach to the Fox in the maturation need to consider one thing — she periodically raises its head and looks all around, she does it in approximately the same interval and to use it. Raised Fox head — you froze up, nose under tail stuck fit. There is probably no need to say that you want to use maskhalaty (winter — white, etc. depending on the season).

Fox, though cautious, but during the rut it loses vigilance, and the rut starts in February to mid-March. It was during the rut hunting the Fox is more successful. Foxes usually live alone and only during mating live in pairs. Also had to take a Fox with an ambush made in stacks of straw. And here already it is necessary to consider all: the Fox, the wind direction (if the wind will change in the process of waiting, then consider that the attempt failed). And I want to say about clothes. It should be of such material, which makes the least noise. There are, of course, many ways of hunting for a Fox, but in one article would not fit so I plan to return again and again to this subject in more detail. If You are observant and gambling, then this hunt is for You!