Bare autumn forest hunters met with silence, deep silence. Because of the dark pine mane timidly slid the first ray of sunlight, across the bottom stretched a bluish haze.

One by one the hunters came to a clearing and stopped. Were talking quietly, in a low voice. Then form a platoon. Paid: eighteen.

— Yesterday,-said Mikhail Mikhailovich,- our neighbors, the hunters of the Yampil district, overlaid in sobinskiy the woods a pack of wolves. Of the five took two. Others have broken the salary, and went through the field, here in zaimyshche Skinmany. Most likely, the animals lingered here However zaymishche great. Where to find them? 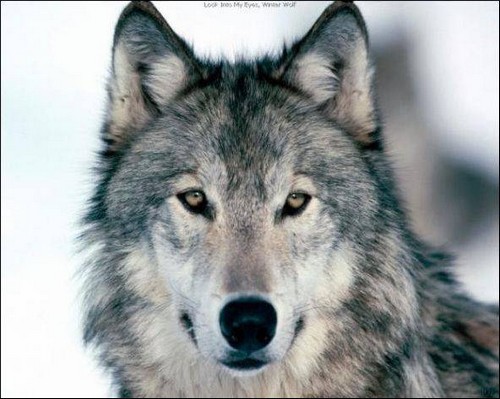 Decided to impose Mojovie. Once updated the plan of movement of the beaters finally installed the line for the gunners. Made the draw. Ten people in the paddock, eight small rooms.

A team of beaters took the bypass Andrew Evtihiev. The cake started to place shooters.

— In addition to wolf, no other animal do not touch!- he warned each hand.- Only shoot at visible targets.

To Mikhail Mikhailovich had a room in the ravine, which stretched from the depths Moovida. Right and left — pure woodlands. A short distance ahead of gradinka willow, back Gostilna Islands young sonacos. Nice LAZ,- looking around at the flanks, determined Mikhailovich.- The game’s afoot and wait, will be leaving this place.

The cake, was carefully disguised. He loaded his rifle. Listened. The forest was full of peace. In the face blew Stenka barely perceptible breeze. Somewhere over your head rang the bell titmouse-tit, the pine crackled thrush.

But far away he heard the overflow sound the horn. Andrew Seligman gives the signal. Gon began.

Passed minutes. The forest warily silent. Suddenly, behind a ridge of willow screamed Jay, polyphonic rattled magpies in the bushes and thought some shade. Wolves! No, wild boars. Go straight to the room. Runs ahead of the pig, behind it a five gilts the Procession closes an impressive size bluish-brown, with bristly ridge on the ridge fanged cleaver. Not sensing danger, the herd of boar is almost here. You can clearly hear the pohryukivanie, staccato heavy breathing, the rustle of fallen leaves. Very good!-thought the meal.- It is possible that the wolves will go after a boar.

And suddenly what appeared a wild boar, birch darted something grey. Wolf!

The distance was quickly reduced: 100-70-50 meters! Jumping on the lawn, the wolf, raising high the lobes in the head and stopped. At that moment Suho snapped a gunshot. As if knocked down, the beast shoved his muzzle in the grass, furiously scratching the ground hind legs.

— Tightly!- a sigh of relief Mikhalych and then put in a new cartridge in the gun.

On the line of the shooters was still calm. High above the forest spans quoth the Raven, and a few minutes later somewhere in the depths of the ravine he heard a warning voice beater.

Wolves! And again, hearing, vision stretched to the limit. His hands tighten on the gun, the ear catches the slightest rustle, a trained eye will immediately pinpoint suddenly appearing around each point. And again after Mahavishu boar of the hollow rolls on the Mahi golubaja with the black strap on the shoulder of the wolf. And her smoky gray young wolves.

“Quiet!”themselves whispered the lips.- To beat a doublet.

The beasts are getting closer. Immediately, almost stumbling on dead wolf, the old woman for a second, dropped my run. Immediately under the shoulder of her mortally burns buckshot. Profit with fright, shied to the left, to the side. Shot almost in focus. The wolf was thrown through the head, and choking with blood, he crawled on the Mat of fallen leaves.

Haven’t had time to stop rolling echo, as hini again he loaded his rifle. However, the RAID was nearing its end. Soon in the woodlands seemed to figure hurrying to the shots of beaters. This also came up starring at the signal with the arrow.

A few minutes later the cake was already in a close circle of hunters. Surprised admiring the trophies, comrades rejoiced at the success of the RAID, heartily congratulated by their President, with a rich booty.

Mikhail is not only an avid hunter, an excellent shooter, but also a wonderful organizer. After serving nearly thirty years in the Soviet Army, he, despite his advanced years, devoted himself entirely now to the organization of hunting farms in the area: wildlife conservation, combating poaching, creation of friendly collective of hunters to exterminate predators in the surrounding areas. And any other little worries of a person who loves and knows the business entrusted to him. And not coincidentally, the society of hunters, led by M. M. Makukha, is considered one of the best in the region.

Over the last fifteen years this group killed 29 wolves.