The main methods of hunting

Deer can be extracted in several different ways. Methods are popular among hunters due to the high efficiency and simplicity. Since elk and deer are representatives of the group of deer, their methods of production are extremely similar. 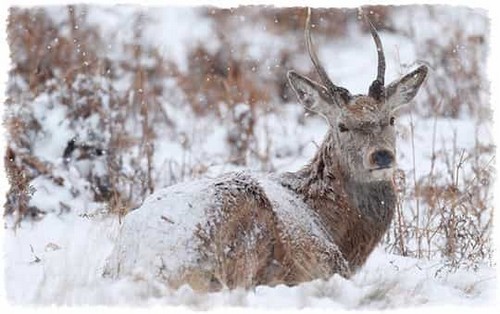 Speech today will focus on the following ways:

Elk hunting during the rut with semolina

The main attribute is a decoy. The bottom line is this: during the rut male animals begin an active struggle for the female. Roar is the battle cry. Thanks to him, the deer call each other to a duel. The hunter should go alone. The most favorable time is clear, dry, quiet and slightly cool weather. Such conditions contribute to a good spread of sound.

Before starting the process the hunter must be issued by hear the roar of the male and determine where it is located.To determine the place of hunting is desirable, having an understanding about the habitat of deer. Below is a video of hunting with decoy. Experienced hunters prepared coming to the venue. Distinctly heard the roar of cattle, and also shows the technique of playing semolina.

There is one secret used by experienced Rangers. The sounds the call of the hunter it is desirable to make the tone higher desired production. Such a tone inherent in the young generation, because a real deer would go to him willingly. Considering that the challenge throws young and weak opponent exits a serious trophies. Strong pipe and the roar is a Testament to the formidable opponent. Method great for autumn, warm September days.

Hunting with the approach (STO-len)

The method requires a lot of concentration and caution. To approach the beast should be against the wind, otherwise the animal will smell a strange odor. Often used in the winter, however, some hunters have resorted to it and fall. The deer is a very attentive animal, which means the hunter has to approach it quite carefully.

Alarmed, the beast is almost inaccessible to humans.When hunting on uneven or hilly terrain should move gradually increasing height. To haul the animal is trying to choose the highest possible place. With it easier to catch scents and look around.After the discovery of the tracks continue in the same direction, paying attention to broken horns bushes and branches.

In the winter, without the worry of being discovered, approach from downwind at a distance of 60-70 meters. This distance is enough for the product shots. Because of the abundance of snow in winter, the sight of deer deteriorates, which contributes to the hunter.If the animal is wounded you should not immediately approach him. Preseratives produce re-shot without letting the animal suffer. These actions protect a person from possible injuries.

In the presented video shows the time when the earth was covered with snow. It contributes greatly to the detection of the herd, thanks to a fresh, readable traces (shown in video). Some hunters on foot hunting down the herd, choosing the right position for the shot. Approach stealthily, keeping a pause. A prerequisite to be dressed in camouflage.

The collective method in which can participate up to 20 people. Selected senior of the group or the organizer of the hunt, who gives to all involved. On the places (rooms) is a hunter with a gun. His task is to work your sector. Well, it is important to view the area, together with adjoining rooms.Disguised must stand quietly, without making noises, Smoking or loud talking. If under feet of snow, then the best solution is to stamp down it. Thus it will not rustle under your feet, and you will surely stand on his feet.

After placement in their rooms all the hunters the signal start. The beaters dressed in colorful capes start of the movement, uttering loud cries. The goal of the beaters is to raise the beast, and anxious to send to the room, where he was waiting for. At such moments, the deer is very cunning and quick, his jumps can reach a significant size. Natural sharpness gives him a chance to win.

Hunting from a blind or platform

Of course the simplest and easiest method of extraction of the animal. Based on the habitats of the animal selected a place in the construction of the tower. This files most often suitable grounds landscaped by hunters or Rangers. The height of the building shall not be less than 3 meters, this high beast will smell a strange odor and will behave calmly. At a distance of steady shot is arranged regularly fill a feeding area. This can be as a mineral lick and a feeder.

The newly built Boma to do nothing, pause 3-4 weeks until the new structure does not cease to be an animal. After observing the behavior of animals is required to determine their routine. This can be done in various ways, for example, set camera traps, or sit on the tower without weapons, noting the time of feeding the flock. After receiving accurate information about the time of feeding can be run for hunting with a gun. Sowing await the coming of the beast and make accurate shot.

Can be used in tandem with the tower or blind. The point is simple: a small clearing is cleared from trees and forest debris. In a fallen tree is selected the inner part, to give the semblance of a boat. In the future, this could put salt. 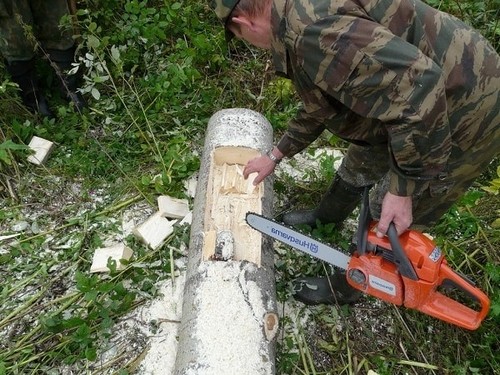 The salt marsh can be made on the spot, with boards and planks. It is believed that the salt lick is made from natural local materials is preferable and will not cause the animal’s suspicions.

Salt is essential for deer antlers, so her eating is vital. It is best to use a special compressed briquettes that can withstand difficult climatic conditions. When moisture on the familiar loose salt, it quickly dissolves, losing the desired properties is to pour it will have very often. Then the hunter sets votolevsky, or is taken to the storage shed to determine the timing of the visit “dining forest” deer.

Hounds are used to find the animal with the approach, as well as pens. If STO-len them get back on track, starting to chase the animal. After its discovery the signal the hunter, pursuing the fleeing animal, either holding it in place before the arrival of man. During the pens they help to raise the herd and guide them in the right direction, not allowing to deviate from the correct course. They are extremely useful during a wounded animal when it is imperative to get the animal, because due to their speed and agility deer are able to go a sufficient distance. In this case, to find it without hunting dogs is not possible.